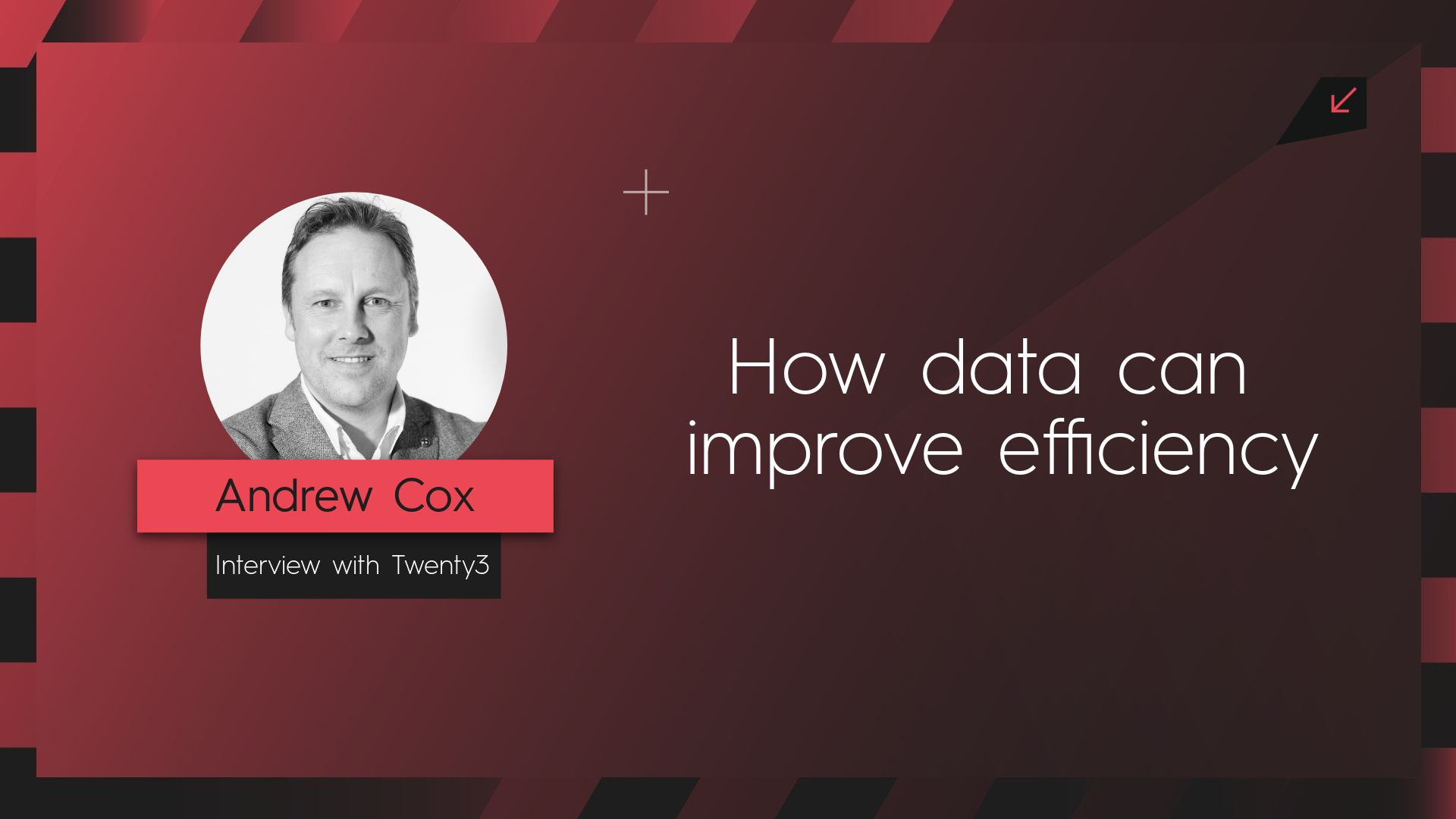 Andrew Cox, former Managing Director of Opta, is back for a final time – for now, at least.

Having already given us his thoughts on the sports media’s relationship with data in part one and how this data can be monetised in part two, in the final edition of the series Andrew shares his thoughts on how data can help to optimise workflows and improve efficiency.

The luxury of time

There is often an internal debate as to whether you want to be the best or the first in the world of sports media.

There is an acceptance, a reluctant one, that it is difficult to be both. With there being a finite amount of interest in a particular story, quality is sometimes sacrificed in order to get something out there ahead of competitors.

Andrew explains the reasoning behind the trade-off:

“With the sports news cycle turning rapidly, time can be the greatest enemy and the efficiency of data-led production activities are of paramount importance. Scope for creativity can be limited though it is always important for media to make data outputs aesthetically interesting and understable to an audience, not style over substance.

“To achieve this, data visualisation and design expertise is increasingly called upon. None of these roles and responsibilities are typical across traditional newsrooms and production facilities. And even when this resource does exist, it is usually in high demand and short supply.”

In the fast-paced world of sports media, time is a luxury. There is not only a demand but an expectation that those working within this sphere can produce content on a whim.

An on-the-whistle match report used to suffice, but now readers come looking for evidence to back up their opinions. They want data, graphics, and visualisations.

Similarly, if a transfer happens out of the blue, there’s a scramble to get as much content as possible live as quickly as possible. This isn’t an efficient way to work. Going from 0mph to 100mph in a matter of minutes means things are missed. That doesn’t help the reputation of the outlet or their audience who have a thirst for knowledge.

Broadcast media have to be just as nimble.

For example, if a penalty is awarded during a match, viewers want to know what the player’s record is and how the goalkeeper fares in these situations.  All of this needs to happen in a brief window of opportunity.

Previously, companies such as Sky Sports, a Content Toolbox user, would have a commentator mention the record of the spot kick taker and the goalkeeper. Now, though, they’re able to insert a penalty placement map into their live feed on the spot – no pun intended – to provide their audience with a visual representation of what is being discussed. This piece of insight can also be shared across all social media platforms.

Andrew commented on the hurdles broadcast and traditional media companies face on a daily basis when seeking to make the most out of data in a quick, efficient manner.

“Some of these many challenges are being alleviated by the ‘productisation’ of data – essentially where some of the steps required to database, process and visualise data are being completed on behalf of the end user rather than them ‘starting from scratch’.

“While this can be done at source by data originators to support their licensees, it is often intermediary specialists that sit between supplier and end user who are most able to positively influence the value chain. For example, the key to unlocking the true value of data for media might typically be workflow efficiencies, aesthetics and technical ease of access, in terms of usability, consistency and scale across an organisation. Intermediaries are often better placed to offer expertise in these areas, especially if they have a more intimate understanding of the niche requirements and objectives of the data buyer or sector in which they operate.”

Here at Twenty3, one of our primary aims with everything we do is to make workflows more efficient. Simon McMillan, our CEO, went into great detail on this when discussing our Sports Data Platform.

It was a driving factor in our thinking when we developed the Event Lab and Power Reports for the Analytics Toolbox.

“If you had two away matches inside of the week, there’d be a lot of travel involved and prep would have to be done on the move. Working in the fast-paced environment of football, it can feel as though there isn’t enough time in the day to get everything done to the high level you want it to be.”

We used insight garnered from James Clarke-Reed, a former Brighton and Hove Albion Analyst and now our Business Development Manager, to shape our new features. We wanted to gear them towards making life easier for analysts so that they’re able to focus on the things they’re good at.

The same is true for content producers and journalists; time is a luxury and finding ways to optimise your processes and arrive at answers quicker is critical to success.

Andrew highlighted the importance of this while also touching on the fact that users need to be given the freedom to come to their own conclusions. If everyone is repeating the same thing from the same pack of stats, everything can become just noise. Allowing people to be creative can be what helps a company stand out from the competition.

“When it comes to the creative side then artificial intelligence is becoming an important tool in helping surface data in ways that allows journalists to find statistical milestones and producers find clips, search and store their assets.

“It’s probably worth acknowledging though that excessive spoon-feeding of automated outputs can also be to the detriment of creativity. A constant stream of data insights lacking in curation and context can become overwhelming and repetitive, both for those trying to create content as well as the sports fan consuming it.

“For data-led content to be truly original it needs to be manipulated and customisable on a per user basis. The very best tools and software solutions do not create generic, one-size-fits-all outputs or serve up answers to only preconditioned queries. Rather they act as initial lines of enquiry that still allow the talents of those interrogating the data to be inquisitive, playful and to pose their own questions in order to find the beauty in the detail.”

For users to be able to manipulate their data in ways that fit their workflow, they need a malleable platform that can be customised and personalised. But many companies aren’t in a position to operate and maintain such a platform, not internally anyway.

It was a topic Andrew covered in-depth when talking with us.

“Data warehousing and engineering is an important consideration for global media organisations that are likely to be handling data across many sports from multiple suppliers. Internal technical resource can quickly get bogged down with data ingest and storage responsibilities, creating solutions that are specific to one project and which can subsequently lack continuity of ownership as developers get reassigned or leave the business. Outsourcing these fundamentals as part of a long-term, company-wide data strategy is an increasingly affordable and appropriate decision, particularly when the intent is not to publish immediately to a single platform or outputs.”

As is the case with our recently released Event Lab, every feature we add to the Toolbox has that “Twenty3-certified stamp of efficiency and usability running through its veins.”

The Toolbox is a platform that enables all users – whether they’re club analysts or content creators – to be able to do their job quicker and better.

Thank you once again to Andrew for taking the time to speak to us and offering his insight.

If you missed the first two editions of this series, you can check out part one here and part two here.