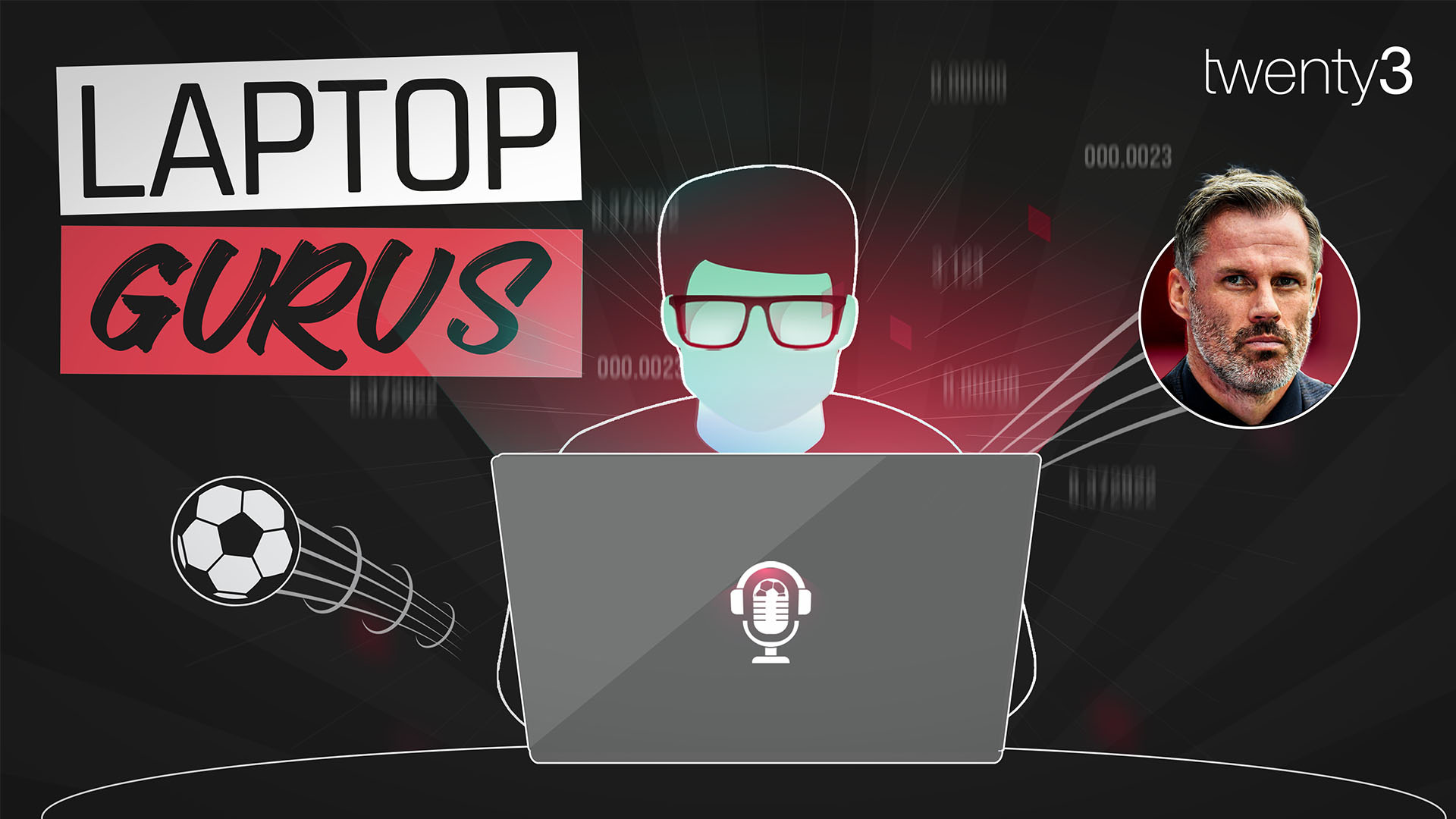 Since retiring from football in 2013, Liverpool legend Jamie Carragher has made a name for himself as one of the leading analysts on TV as part of the Sky Sports team.

The 38-cap England international is the poster boy for statistics and analysis within media, having trialled VR and adopted expected goals into his vocabulary. His quest is to turn Monday Night Football into “a manager’s meeting” with a big focus on the finer details of the game.

In the latest episode of Laptop Gurus – which you can listen to in full below – Carragher joined host Tom Bodell to discuss the boom in stats usage, how the landscape has changed during his career in football and his process for analysing matches.

Carragher on psychological tactics used during his playing days

When we went to England, Steve McLaren would pin up the running stats in the corridor.  It was all psychological. All the players would look at them as they walked past. Nobody wanted to be at the bottom. I always thought that was an interesting tactic.

But then you get players like Danny Murphy. He would make runs across the pitch to get his Prozone numbers up, I’m convinced of it. He was running from right midfield to left-wing and it wasn’t the run to be making at that time of the game and I was convinced he was doing it to get his numbers up.

On why data has exploded over recent years

The game moves on. Everything moves on. What we’re looking at right now I’m sure we’ll be looking at differently in the future. From my point of view, with the way we speak about football, I finished seven or eight years ago, I don’t want to be left behind in my role as a pundit and an analyst. These lads will be coming out of the game with this information a lot more than I did when I was a player. So that’s why I want to keep up to date and use it as part of my analysis.

The one I look for the most is expected goals (xG). That tells me who has had the biggest chances and who should’ve won the game based on the chances they had and that is all it is basically is. People who don’t like it are getting it tangled up in something it is not. It’s a pretty basic metric to look at to decide who has had the best chances in the game.

Possession is a waste of time. You can have all of the ball but create nothing. I’m not a massive fan of average positions. I very rarely use it on MNF because I just don’t like it. It’s only the average position when you touch the ball which is not your average position. A player is playing for 90 minutes and he touches the ball for about two minutes, so where are they for the other 88 minutes?

On visualisations in football

I could go through my phone and everyone’s got these graphs of players and running, passing, expected assists and xG. You can see how many passes they’ve made and how many times they break the lines. You get these little graphs and you just see who is basically a good player or a bad player going off that.

Stats from Opta show our analysis, enhance it and prove our points but now you’ve got things like xG—that has taken it to another level and where you take shots from. I’m really pushing for MNF to be a the forefront of that on TV.

I’ve got Wyscout now and that helps me a lot. I get by on the live games but if there’s something I really want to look at again or go through again then I’ll look at the video of it on Wyscout. I can hone in a certain player. I wanted to use that as it gives me an advantage over other people.

His thoughts on social media

I use it as a news tool and to help me. If there’s something out there that I think is intriguing or different then I’ll like it and save it and I’ll use it and copy some of it and think of how I can maybe make it better. Nobody knows their team better than their own supporters. I used to get frustrated when I’d see journalists talking about Liverpool when I was a player and I’d think you haven’t got a clue what you’re talking about. Twitter is a way of reading the room.

You can listen to our full interview with Jamie Carragher here in the latest episode of our Laptop Gurus podcast.

If you’d like to learn more about how our Content Services or Twenty3 Toolbox product can help your organisation, don’t hesitate to get in touch.