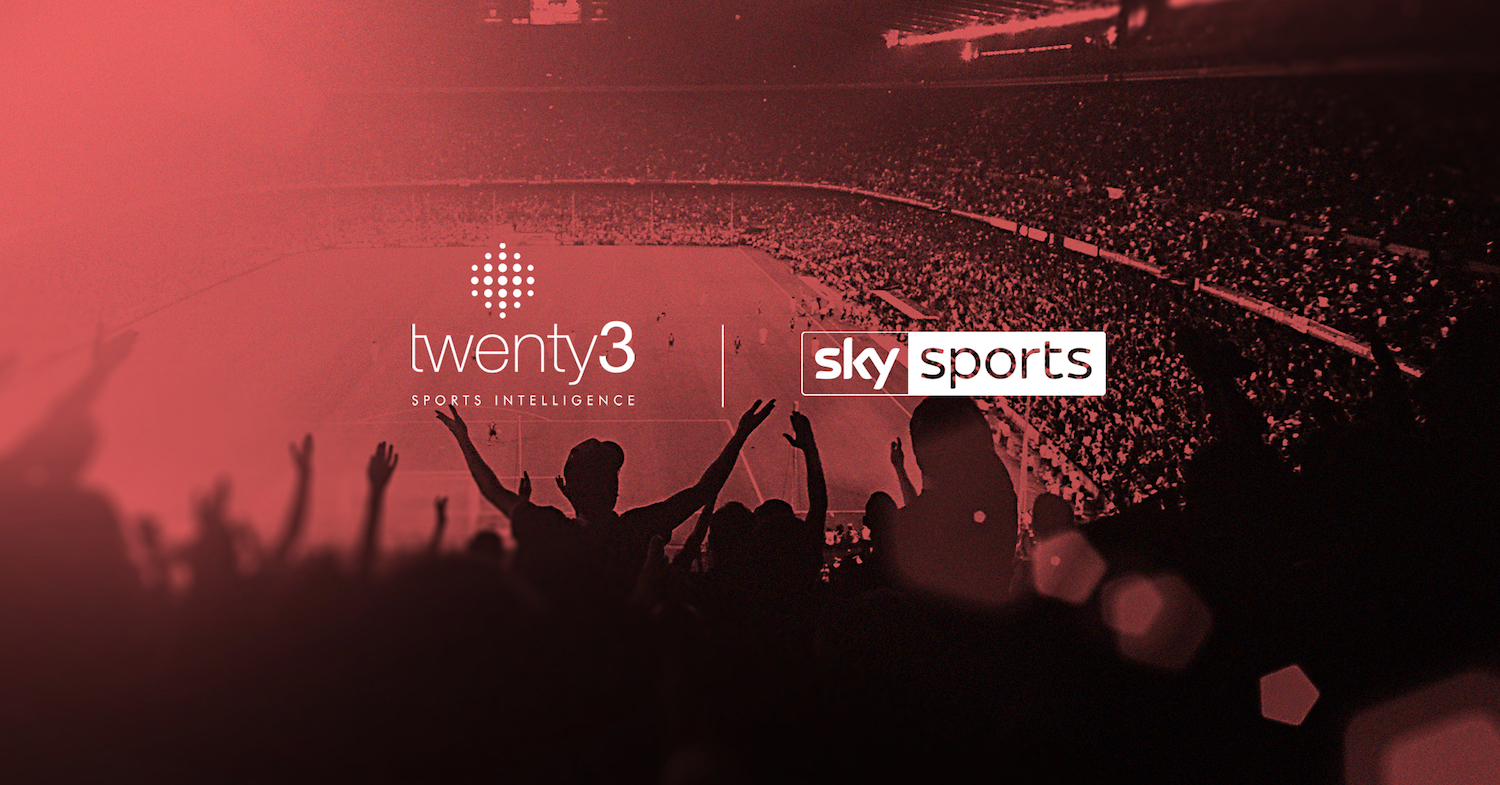 Ever since the inception of the Premier League in 1992, Sky Sports has been at the forefront of the football conversation in the UK and beyond.

The broadcasting giant has played a significant role in the global success and popularity of the competition and has enjoyed television rights for each of its 28 seasons.

By the end of the 2019/20 campaign, Sky will have broadcast 153 Premier League matches live and – to further enhance its extensive content portfolio – decided to officially integrate the Twenty3 Content Toolbox into its workflow this season.

Sky Sports has played a key role in the development of the Content Toolbox, testing and offering invaluable feedback during the product’s evolution over the last 18 months.

We caught up with Adam Smith, Data Editor at Sky Sports, to find out how the Twenty3 Content Toolbox has contributed to the broadcaster’s world-class football offering.

Could you give a brief description of what your team’s main goals are?

The goal is always to improve output and deliver the best possible experience for users/customers.

What challenges or problems necessitated a change in approach?

We wanted quick access to our data feeds, in a form that could visualise the raw numbers and positional data – to contextualise a story in a few clicks.

Which trends in your industry drove the need to use the Content Toolbox?

There has been a growing emphasis on visual storytelling in the industry for some time. The public is increasingly engaged with how data supports stories and provides insights.

What were you looking for in a solution?

We wanted access to our data feeds in a format we could download and deliver to customers – styled in Sky Sports branding, updated quickly and a stable platform.

What made the Content Toolbox stand out over other solutions?

The fact it was developed on a fairly personal basis, in terms of discussions about styling and development to suit our needs.

Which feature of the Content Toolbox was most appealing?

I tested it personally for several months and gave access to other members of the features team after a few months once the product was ready. That process snowballed to other departments as the platform released new updates and improvements.

The Twenty3 team were always at hand, willing to help or even visit Sky to discuss issues or provide face-to-face walkthroughs.

Our journalists and statisticians can now find and tell visual data stories instantly. The interface is easy to understand and navigate, while regular updates keep things fresh.

Has this solution increased productivity?

For me, personally, yes. I rarely need to use Adobe software to edit positional graphics now. So it has saved me time.

For the wider team, they can now embellish stories with graphics without draining resources from other departments and improve their stories with speed and ease.

What have you been most impressed with?

Customer service and Twenty3’s desire to improve their product and help us achieve our vision for its use at Sky Sports.

What plans do you have to use the Content Toolbox in the future?

We plan to provide more tutorials internally, then expand its use across other departments.

If you’d like to learn more about the Twenty3 Content Toolbox or our other products and services, and how they might be able to help you, don’t hesitate to get in touch.