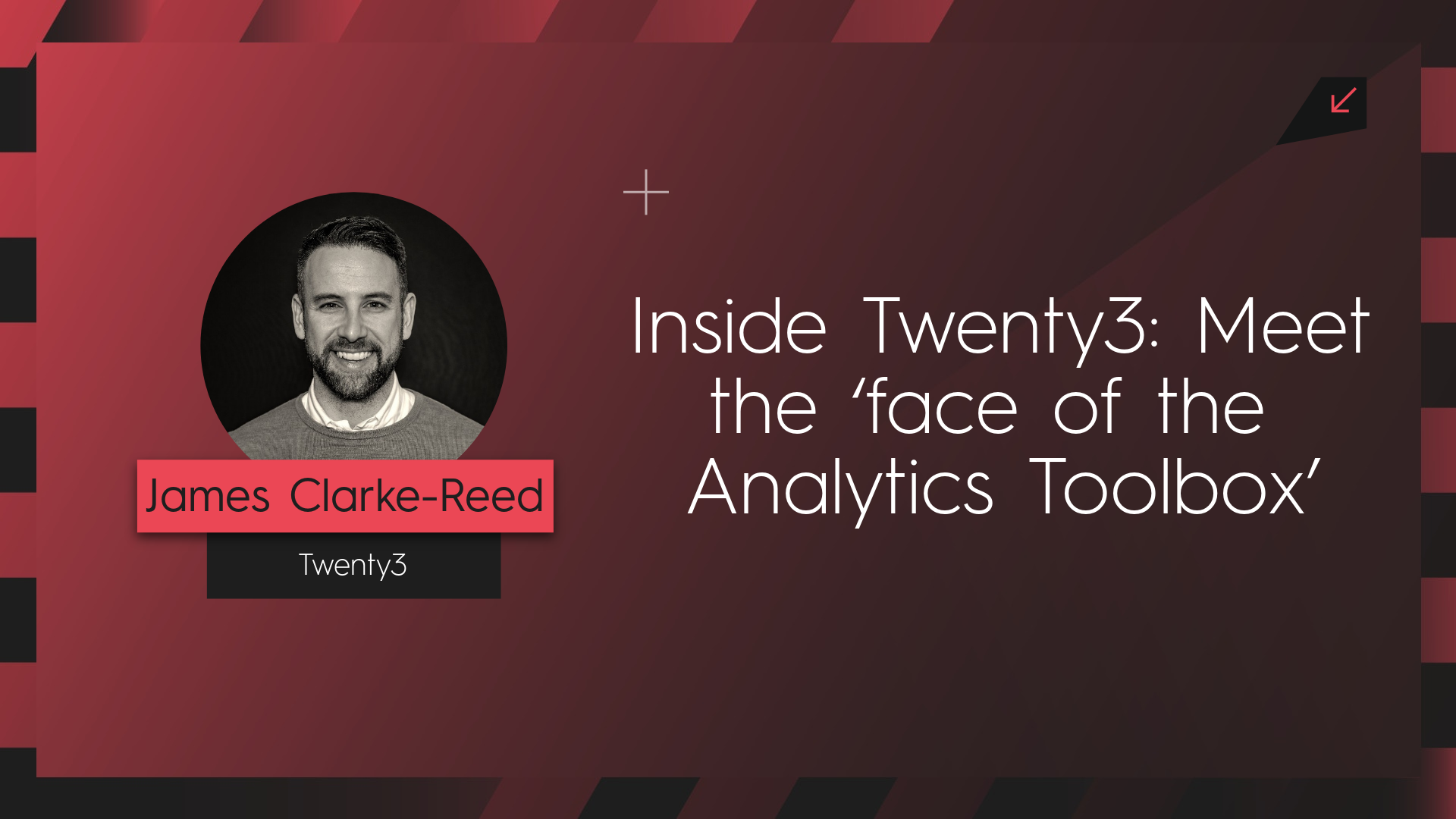 On one hand, we’re a content agency, excelling in both written and video work for clients such as LiveScore and having managed all aspects of digital for Relevent Sports and their International Champions Cup, among others. On the other hand, with help from engineers, data scientists, graphic designers and accounts managers, we’ve created the Toolbox, a data-agnostic platform for, well, everyone.

There are two arms to the Toolbox; there’s the Content (CTB) side of things, geared more towards publishers and broadcasters. Then we have the Analytics Toolbox (ATB), something we spent the first UK lockdown developing, improving and refining. We already have a number of Premier League clubs signed up, one of which is Leicester City, as well as a certain European heavyweight (who we unfortunately can’t name), as customers in this particular field.

While our product and engineering teams have been vital in the process, it is James Clarke-Reed who has been dubbed ‘the face of the Analytics Toolbox’ having successfully onboarded so many of these clubs in such a short period of time.

James joined the company in July 2020 having spent the best part of three years working for ChyronHego as a Product Manager focusing on TRACAB tracking and Coach Paint. Prior to that, he worked in the world of football as an analyst.

Many in this sphere will have a similar story to him.

“First and foremost, I am a football fan. This drove me to play, coach and ultimately become an analyst. I discovered the role of the performance analyst whilst working at Southampton FC in the academy. I had several roles within youth scouting and coaching at Saints and felt the direction of being a performance analyst as an ideal long-term route into professional football.

“After studying for my MSc and joining an up-and-coming League One Brighton and Hove Albion team, initially part-time and then full-time, I worked at the Seagulls for nearly five years. This was in a first-team capacity that was focused on pre and post-match analysis.”

His experience has been invaluable to the development of the ATB. The most recent updates have seen the introduction of Power Reports and the Event Lab, two game-changers in the analysis world.

Twenty3 is littered with experts in their respective fields, and James feels this is one of the reasons the company is making strides in the professional world of football.

“I recognised we had a very good blend of product management, data science and actual technology early on, but seeing it evolve at pace on what people want is pretty unique in the sports technology industry.

“As a result, we’re in a position to listen and respond to our partners and customers better than anyone else out there. Responding is much harder for many reasons but Twenty3 are dynamic and forward-thinking.”

Whenever we update the ATB, we always like to feel as though we’re scratching an itch. Having worked as an analyst, James has a different perspective to most and he’s helped shape our output over the last 12 months.

“As an analyst, you often have to work long hours in unglamorous conditions to real-time pressures. I recall one instance of jumping off the team coach at 1:30am after a six-hour journey to prepare for training the next day. It was the only way I knew I could get ahead.

“Being an analyst taught me the values of automation, reliability and consistency. I had to build everything from these pillars to be accurate and ultimately grow. Putting it simply, I was time-poor.”

That particular problem has been at the forefront of our thinking.

We wanted to build something to free analysts up from the admin side of things and allow them to get back to what they’re good at. However, we didn’t just want to automate everything and strip back the customisation element as we know how important it is for people to have distinct features bespoke to them.

For example, the Power Reports tool allows users to bulk download reports in a matter of minutes. But each report can be customised beforehand so that they’re unique to the user.

Due to the feedback garnered from James’ outreach, we understand the nuances of an analyst’s role.

There’s often a misconception, from the outside looking in, that all of the data needed for thorough, in-depth analysis is just there and ready to use. We know it isn’t though and that analysts often need to combine event, physical, tracking and personal data on players to paint the picture they require.

The Toolbox is a one-stop shop and already ingests data from Opta, Wyscout, Ortec and Sportlogiq, among others, allowing users to mix and match the various data they have access to and interrogate it in their own, exclusive way.

“This process-first approach also creates possibilities with different data sources. I had been talking to several people about this agnostic approach before I was aware of the company so it was an easy choice [to join Twenty3].

“When users request features or express how a software can help them more, the Toolbox has evolved. Software tends to have a slower ‘in life’ roadmap then when it’s first released in this industry. To date, the Analytics Toolbox has bucked that trend. In fact, with a growing user-base, the Toolbox will continue to evolve and simply make people’s lives easier.”

This was pivotal in the design of the Event Lab and it’ll continue to be invaluable moving forward.

For those not familiar with that particular tool, it allows users to get the absolute maximum from the data they have available to them. The filters are as granular as can be, with users able to isolate right-footed passes played in the final third of the pitch between the 80th and 87th minute when a team is losing in an away match.

What makes it even more appealing is the ease of it all. It is as simple as creating your own pizza. We provide the readymade dough, you just get to pick and choose toppings suited to your taste.

James believes this is an industry-leading tool.

“I haven’t seen software that allows you to find as much as you can in as little time. The fact we are data-agnostic, in addition, is very unique.

“By being a solution that fits on top of people’s data, we can help them get fantastic value from that data and fit around existing workflows. Our media background also enables us to be distinct from other solutions.”