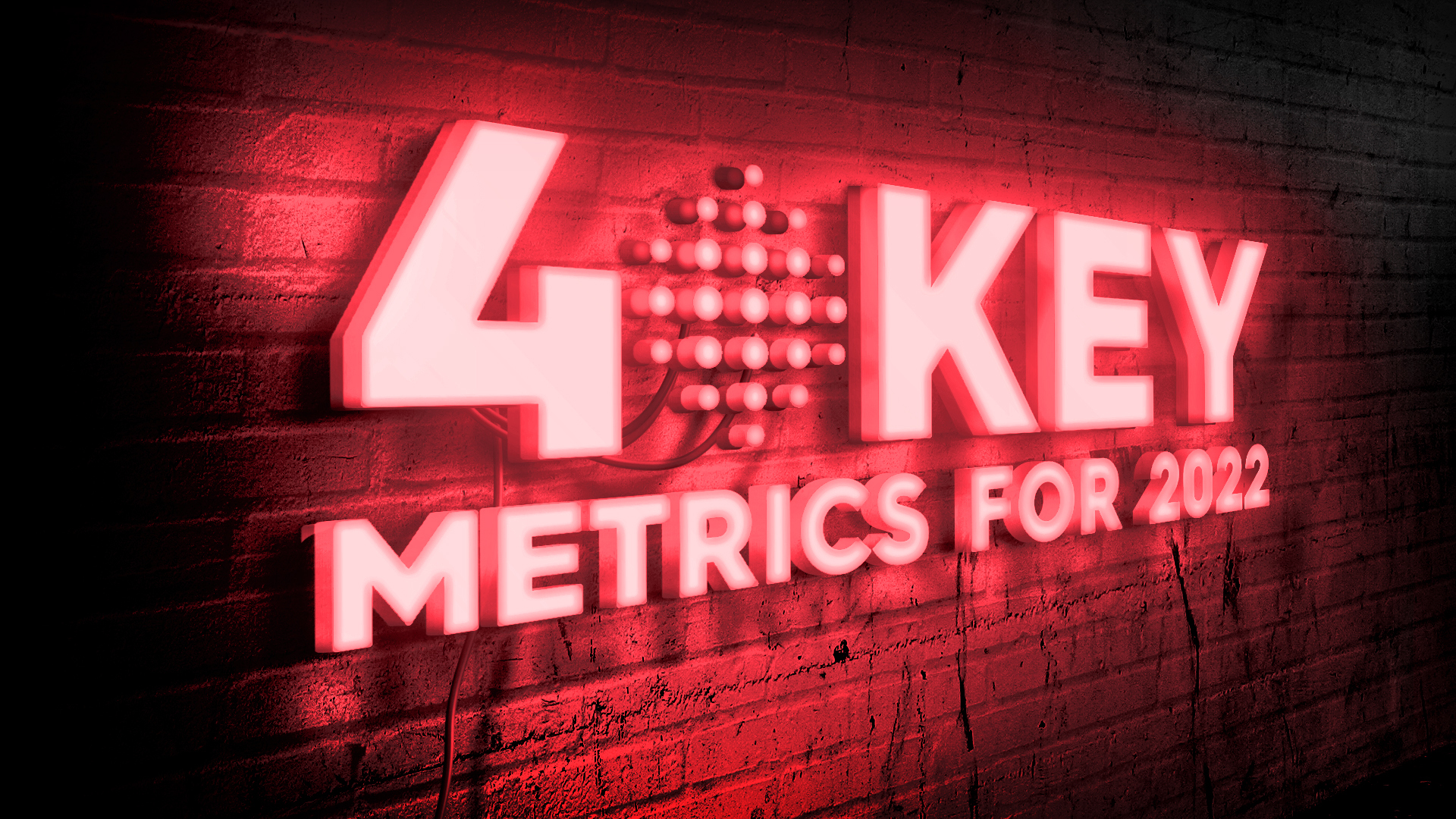 Remember the time when it seemed weird for statistics — ones which weren’t goals or shots or corners — to be used in football coverage? And now expected goals are almost the norm. This year, 2022, will be no different, and there might be even more stats entering our collective consciousness.

Last year we looked at five that we thought would be key to know for 2021. This year, we’re adding to the list – because football never stops moving, and neither should our knowledge.

We all love an x. xG (expected goals), xA (expected goals assisted), xT (expected threat). This last metric was brought into the public analytics-sphere in 2018 by computer programmer Karun Singh, and then popularised in the middle of last year by The Athletic.

Expected threat is the probability of a team scoring in the next five actions they make, based on where they currently are on the pitch. It’s a simple way of trying to put numbers on a team or player adding attacking value when that attacking value doesn’t directly involve a shot.

In all likelihood, xT won’t be the last metric emerging into the public consciousness that seeks to do this. There’s a lot more complexity and computer power that can be thrown at this kind of calculation. However, the simplicity of xT makes it a good one for introducing the idea of putting a number on this part of the sport.

This is technically a concept rather than a stat, but it deserves to be on this list for two reasons.

The first is that it’s already around: the Premier League have been using a type this season, and we at Twenty3 introduced our own visualisation in 2021 as well. The second is that the very fact that it’s not a single, regular statistic in the first place.

‘Momentum’ can be defined in different ways — for example, the chart available through the Twenty3 Toolbox offers options for xT (which we just talked about) and passes in the final third. They’re both approximations of the way we feel matches flow, between one team and the other being on top.

Maybe one day, in the future, someone will find the exact calculation that matches how we perceive matches, but that seems unlikely. Instead, it’s a distinctly human approach to creating metrics. As the masses get more used to data in football coverage, might this become a trend?

Goalkeeping is a part of football that, gaffes and great saves aside, doesn’t get much attention. Part of the reason for this where stats are involved is the data analyst’s favourite phrase: sample size.

Goalkeepers don’t do much that shows up in the data that is normally collected. They’re rarely called upon to make a save (and often when they are, the shot gives them no chance to save it); they may sweep a few times, may claim a few crosses, but it’s hard to determine skill with so few events to go on.

All that is still true. But over the years, a handful of goalkeeper data specialists (some collecting their own data) have worked to draw meaning out of the numbers. Claims and shot-stopping and clearances are useful, but need surrounding context.

Finally, we come to statistics which directly measure a player’s pressing, like Wyscout’s pressing duels and StatsBomb’s pressures. Like with goalkeeping stats, these have been around for a number of years but it’s only slowly that people have got used to how to use them. What positions would you expect to have higher figures, for example. What might the relationship between pressures and tackles indicate about a player.

New statistics are sometimes like if a pneumatic drill got dropped in the 12th century: potentially valuable, but useless if you don’t know how to use it and potentially dangerous if you get the wrong idea. The tool arrives fully-formed, we just have to work out what it’s useful for. We’re starting to get used to what jobs pressure statistics can be used for, and realising just how important player role is to their numbers.