In the right hands, data can be used to build a picture of a player you aren’t familiar with. We did just that in a recent feature on Brighton’s latest signing, Enock Mwepu. In a matter of minutes, with the aid of the Content Toolbox, we were able to profile the versatile 23-year-old midfielder.

Data can also be used as a way to bust myths.

However, when you aren’t well versed in the use of data, it can go horribly wrong. For example, unrealistic expectations can be set. A player is then judged on something they were never, ever going to get close to. Narratives are shaped and opinions are formed.

Once these are set in stone, it is an uphill struggle to realign expectations with reality. Raheem Sterling is the ideal case study for this.

The feeling was that he underperformed last season because he was involved in fewer goals for Manchester City. In fact, he finished the campaign with just ten Premier League goals, half the total he managed the season prior and his lowest return since 2016/17.

What wasn’t taken into account when so many were making sweeping statements heading into the Euros was that his role in the City team had changed as a result of Pep Guardiola tweaking the system.

He was scoring fewer goals because he wasn’t taking as many shots and he wasn’t seeing the ball as often in the opposition’s penalty area. People expected Sterling to hit 20 goals again despite the environment being completely different.

With this in mind, we’ve come up with some tips on how to use data heading into the new season.

A lot of the time, output is just a consequence of the way a player is being used. For example, a player might not rank well when looking at presses per 90 and the conclusion is that they don’t press and wouldn’t suit a team that did.

However, the team they’re currently playing for might not be aggressive in their approach to regain possession. Alternatively, they could be part of a team that dominates possession so there are fewer opportunities to press.

Just because a player isn’t doing something or doesn’t stand out in a certain area doesn’t mean they wouldn’t be able to if required.

Do look at volume

This is one of the big ones.

When looking at percentages, always take into account volume. If the latter figure is small, the former shouldn’t really be given much credence.

This particular issue plagued the Euros.

A substitute would make a handful of passes during his cameo and his passing accuracy would then be used either to say he’d been effective or to claim he should’ve done better. When totals are so small, an extra completed pass here or there could make a big difference to their overall percentage.

This rule is fairly important when judging a defender’s aerial ability. 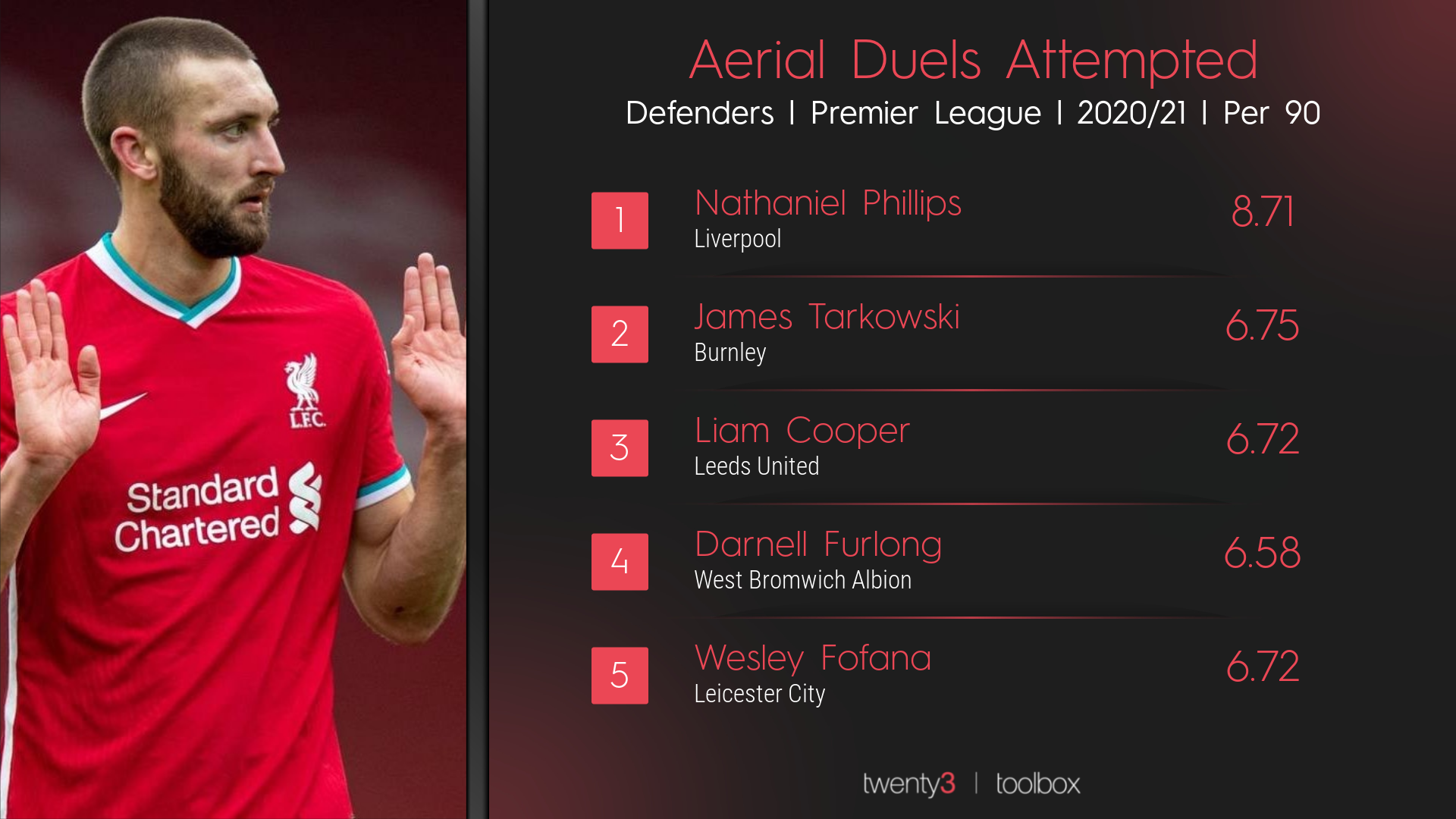 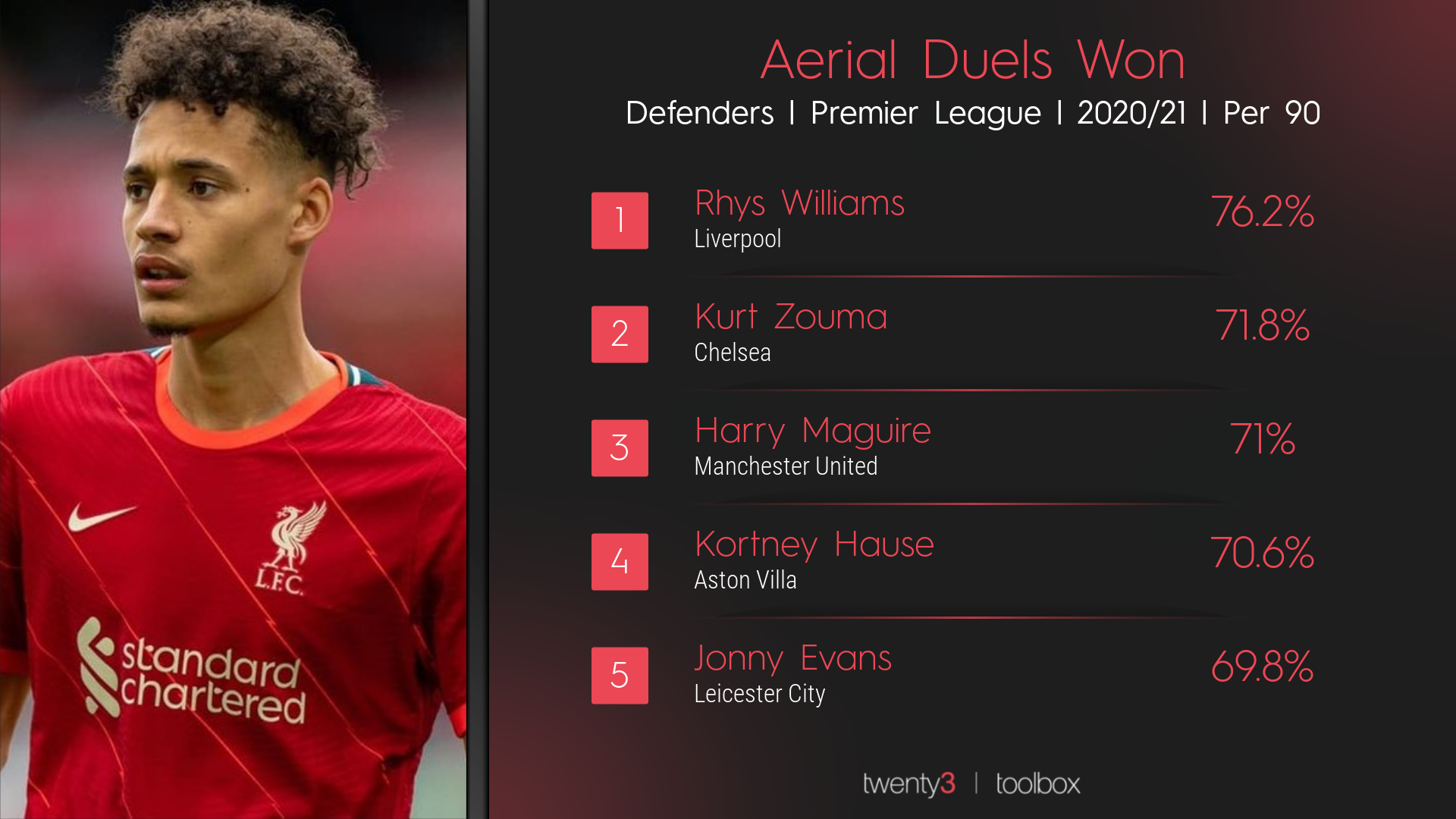 Look at the win rate but also factor in the number of duels they’re attempting. If a team deals with a lot of aerial duels per 90, signing a centre-back with a success rate of 75% sounds like a good idea. If they’re only used to competing for four, though, the fact they’re going to have to scale up might impact how effective they are.

We did a series on the importance of game state earlier in the year. This looked at how player behaviour changes during certain phases of the game. If a team scores early, do they sit deep and look to break or are they the sort to kill the game off? Are players looser with the ball when they’re looking to turn a game around?

Game state isn’t just the difference between winning, drawing and losing, though. It can be how the mentality of a team differs when playing in a game they’re favourites for compared to when they’re perceived to be the underdogs.

If a player excels more when given a license to attack, focus on those matches if they’re linked with a move to an attacking side. This feeds nicely into the final point.

The lazy assumption is that players will improve if they’re in a better team. That isn’t necessarily the case, especially if they’re being asked to play in what is a completely different system.

A player might thrive in a counter-attacking system. They catch the eye and they’re linked with a better team.

If they make the move, will they be seeing more of the ball? If so, how much? How are they on the ball and will they adapt to seeing, say, twice as much of it? How are they when pressed? Take all of this into account when exploring how x player fits in at x team.