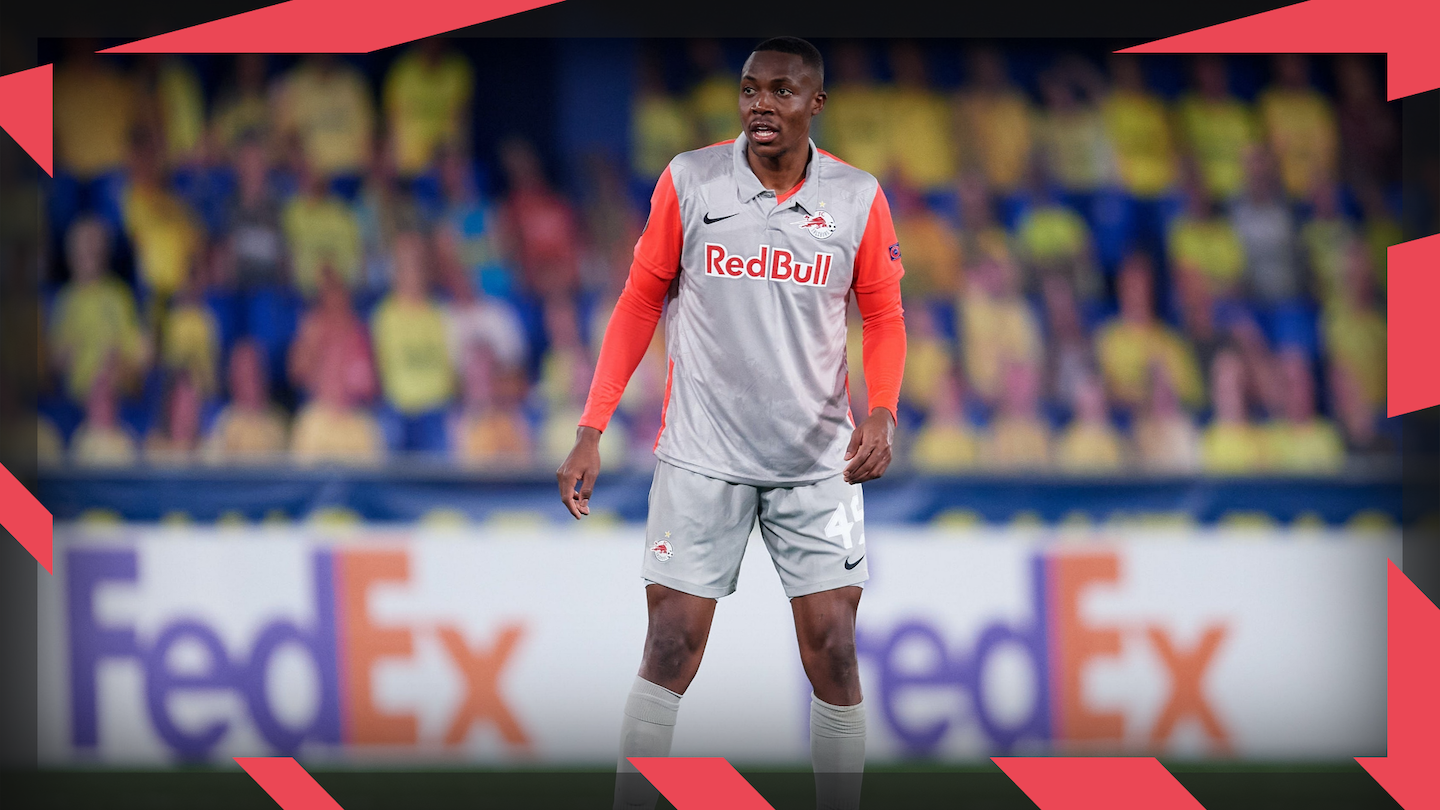 With football so readily available these days, it is rare that a player arrives in the Premier League as something of an unknown.

Yet, for me at least, Enock Mwepu was just that.

Brighton confirmed the deal on Tuesday, their first of the summer, and the 23-year-old made the move to the Premier League from Red Bull Salzburg.

Now, I have no idea where you can watch Austrian Bundesliga matches in the UK. I will keep an eye on their games in Europe. The football arm of Red Bull have one of the best recruitment teams in the world and the next big thing can regularly be found among their ranks.

However, I wasn’t overly familiar with Mwepu. It isn’t a situation I regularly find myself in. To right that wrong, I turned to the Content Toolbox.

First up, a look at where he’s deployed and which areas he occupies. After all, a starting position is just that. It tells you where a player starts a game, it doesn’t necessarily tell you where he spends the majority of his time.

For this, I’ve opted to look at his heat map for the last two seasons and his minutes and positions played graphic. 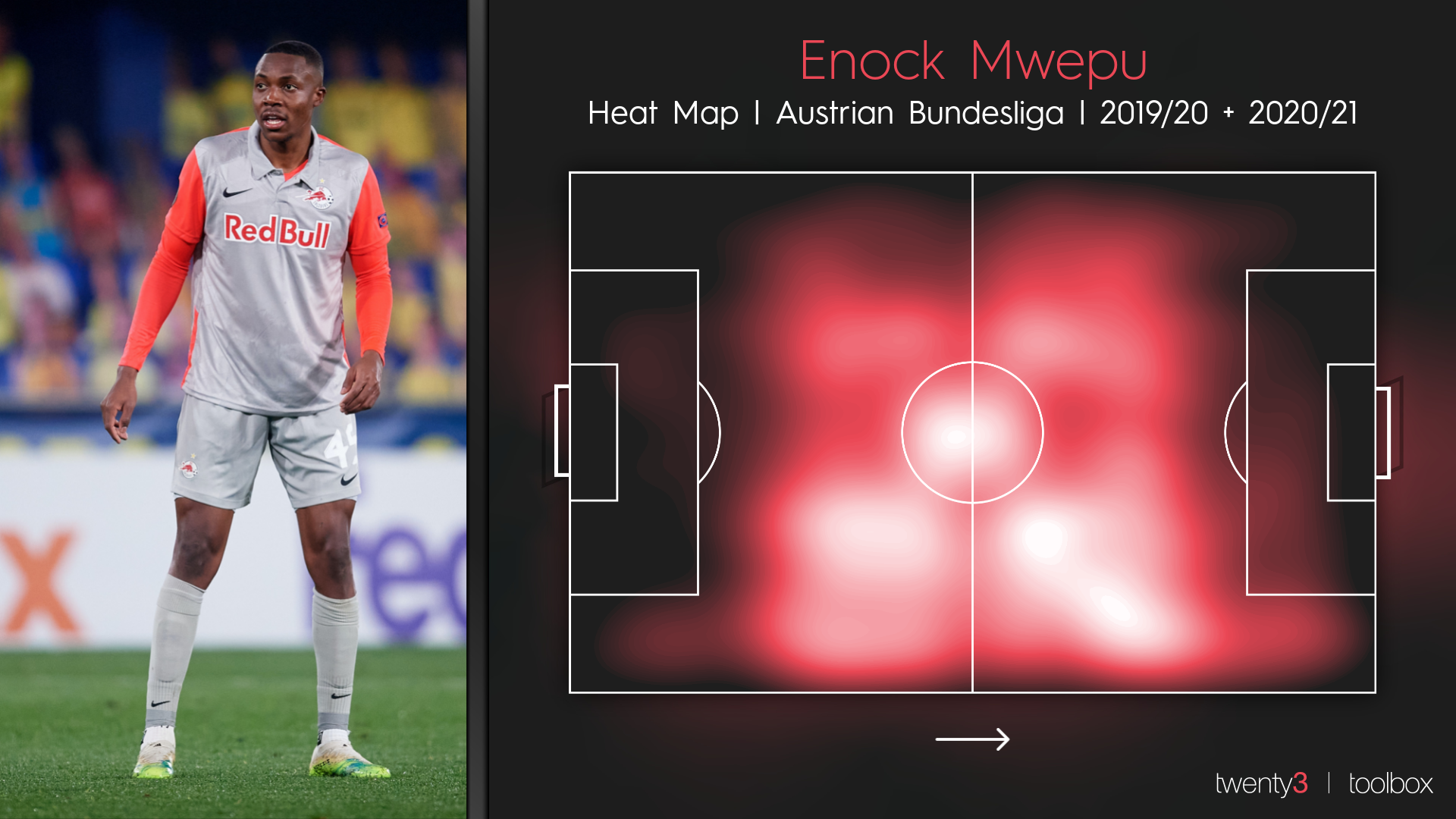 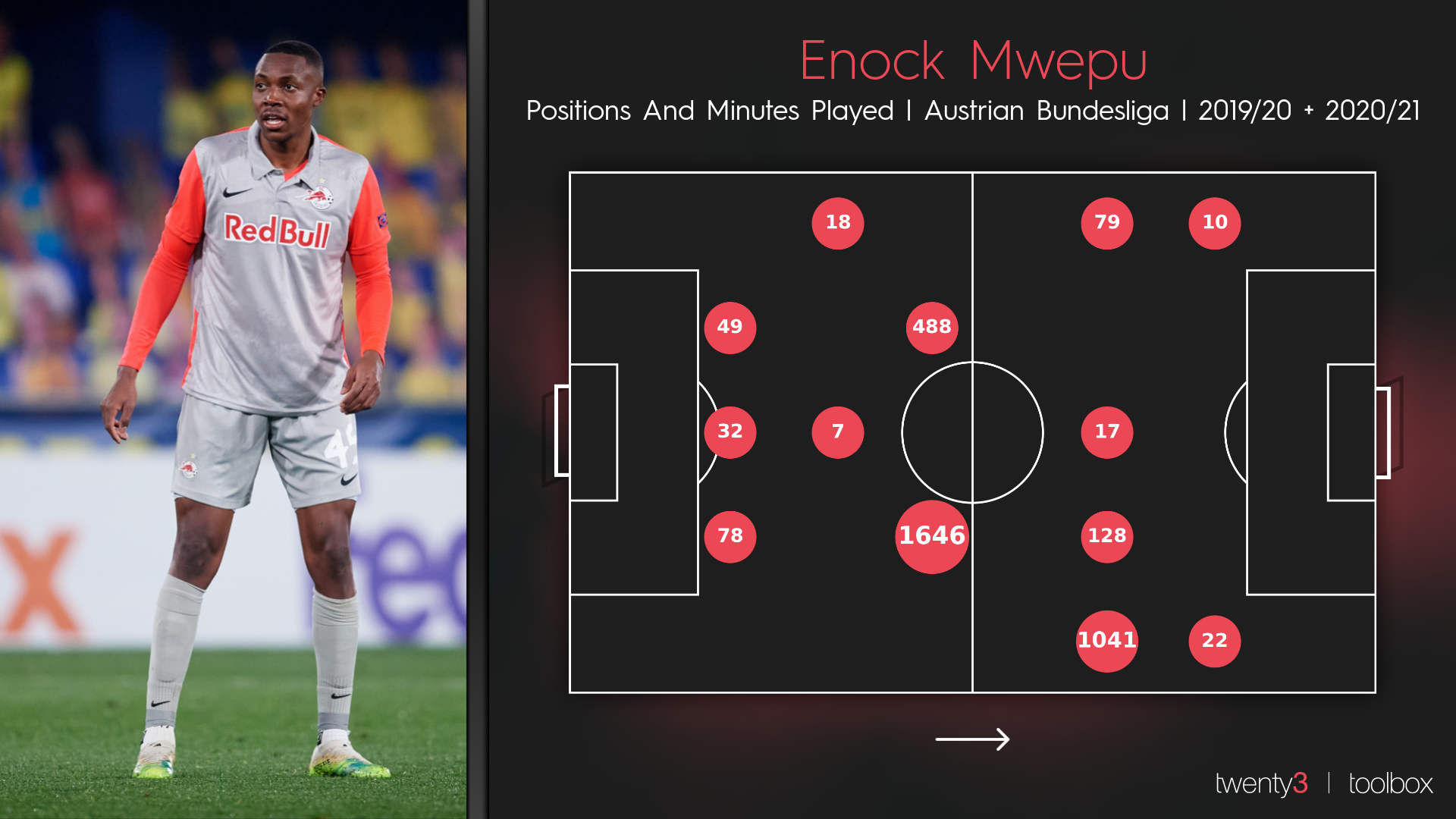 This wasn’t a mistake, but it wasn’t quite as revealing as I would have liked it to be. Mwepu has played practically everywhere for Red Bull Salzburg.  The only role he’s not had a go at, yet, is centre-forward.

What you can take from this, though, aside from realising he’s arguably the definition of versatile, is that the majority of his time on the pitch was spent on the right side. His defensive action map backs this up.

Mwepu has everything to dominate the entirety of the right flank. In Brighton’s 3-4-3 system, the Zambia international could play as part of the midfield two, as the right wing-back or even as the right-winger. Furthermore, no matter where he starts, he’s capable of filling in for team-mates to give Graham Potter’s side a variety of in-game options.

He’s the right-sided version of Jakub Moder. The 22-year-old signed for Brighton from Lech Poznan last summer but spent the first half of the season on loan in Poland. The versatile midfielder played a part during the run-in as the Seagulls comfortably avoided relegation.

The Poland international made 12 appearances in total in the Premier League and Potter deployed him in seven different roles, as shown above.

Brighton certainly have a type and Mwepu fits the bill.

Now, onto his output.

I find the best way to get a rounded picture of a player is by looking at their radar. A common mistake with these graphics is that people tend to assume they are closely tied to ability. In truth, they show current output. It doesn’t mean, for example, they can’t be a little more creative if allowed to be or that they can’t do the dirty work if utilised in a busier team.

At first glance, you can see that Mwepu sees a lot of the ball and attempts a fairly high number of passes on a per 90 basis. He isn’t exactly a safe option in possession, completing 81% of his attempted passes. This could be because the 23-year-old attempts a number of long passes, 5.05 to be exact, and he’s playing close to 7.5 into the final third. These are risky attempts and it only takes one to find a team-mate in a good position for it to be worthwhile.

The 6ft1 midfielder doesn’t assist many shots, though that isn’t exactly his job. He’s not a creative maestro and tends to be the player making the passes before the assist.

Mwepu intercepts everything and this suggests he’s nailed where to be at the right time. He isn’t overly aggressive with his pressing and the numbers suggest he’s more passive. This could well be because he’s intelligent with his positioning and picks off the opposition that way.

Lastly, a look at what he does when in possession of the ball. Namely, where do his passes into the penalty area originate from? I focus on this because it highlights whether he’s a deep-lying playmaker. If the majority of his passes are coming from inside his own half, it suggests he’s better when the whole pitch is ahead of him and he can pick out a team-mate.

If the majority of passes are coming from inside the opposition’s half, it shows he’s competent under pressure and isn’t flustered in the business end of the pitch.

Mwepu rarely plays passes from deep areas. This pass map paints him as a player who is going to be ideal to keep the pressure on the opposition. He’s used to taking up good positions outside of the penalty area and working the ball back into it.

Given he’s popping up everywhere, he could be something of a skeleton key against those teams in the Premier League who sit deep and look to smother space. Having someone capable of smothering opponents is invaluable in the English top-flight.

On paper, at least, Mwepu looks like another shrewd Brighton signing. I’m looking forward to see how he adapts to life in England.