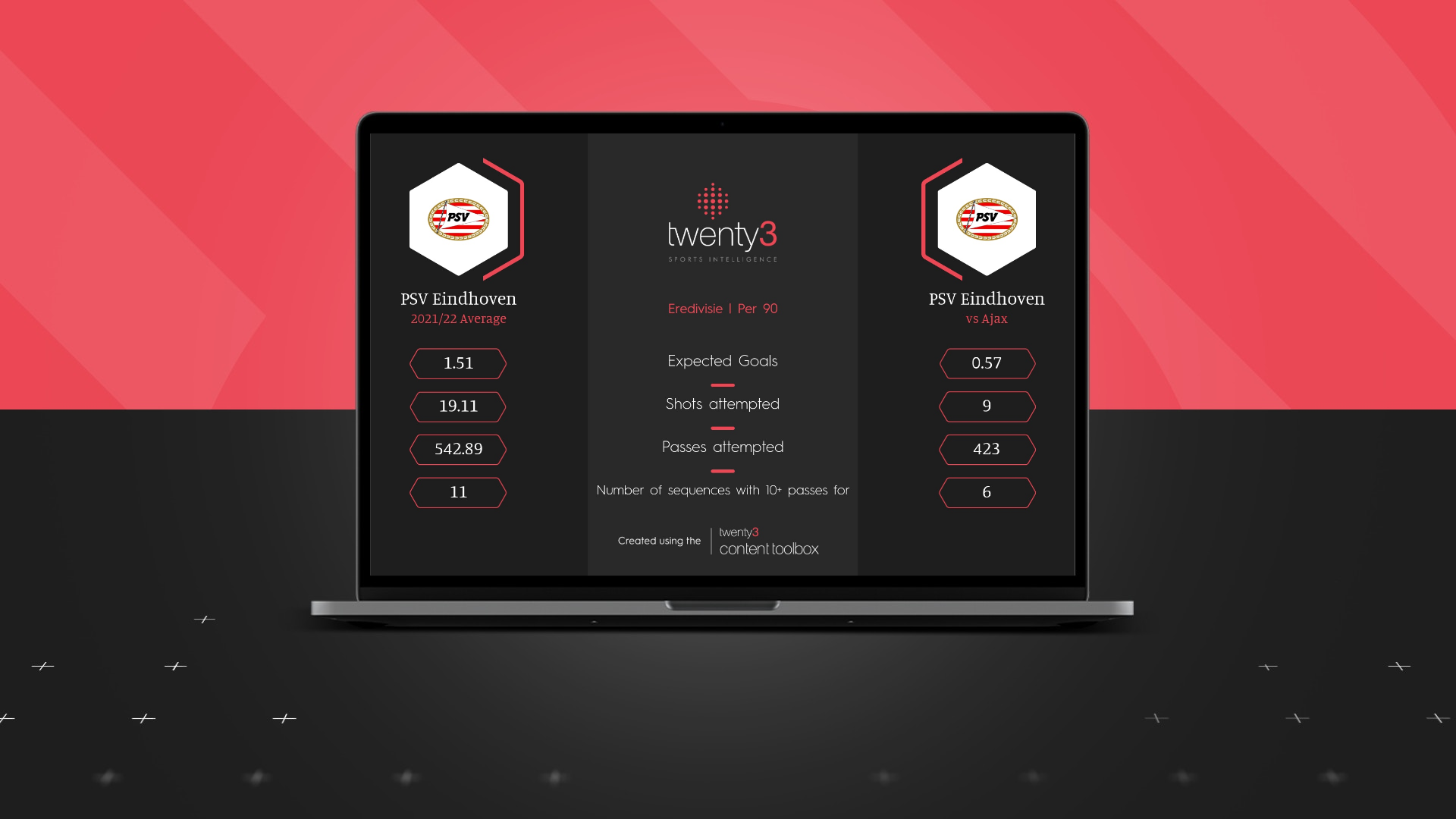 Football is far from predictable, but there are a lot of things you can anticipate and plan for. For example, certain players are likely to score goals and big games are usually tight affairs.

Even with this in mind, though, there can be results that just cause absolute chaos.

It happened recently when Liverpool went to Old Trafford and won 5-0. Ajax also defeated PSV by the same scoreline in the top-of-the-table Eredivisie clash on the very same day. Earlier on during that weekend, Chelsea romped to a 7-0 win over Norwich City. In early October, 34 minutes separated five goals as Bayern Munich put Bayer Leverkusen to the sword in a hotly anticipated battle in the Bundesliga.

With everyone scrambling to react to this and get content out there, it is fairly easy to be lost amongst the noise. Due to how unexpected such a scoreline is, it is near impossible to have anything planned for it in advance. This is what makes Twenty3’s Content Toolbox so effective.

You’re able to not only say what happened, but you can also arm your audience with information they aren’t getting elsewhere. It can be informative or provocative. The main thing is, it is different to what is out there.

Let us use the Ajax win over rivals PSV as an example.

It was a clash between two attacking teams at the summit of the Dutch top flight. PSV ran out 4-0 winners in the 2021/22 curtain-raiser, claiming the Johan Cruyff Shield and making a statement against a strongly favoured Ajax side.

This match at the Amsterdam Arena wasn’t just about three points though, it was also about revenge.

In the space of 20 second-half minutes, the hosts killed off the game.

The scoreline made everybody sit up and take notice. It was plastered all over social media, so how do you ensure your account is the one getting the attention?

Firstly, the Football Lab – updated in real time (if you have live data) – allows you to compare season averages to what both teams managed during those 90 minutes. It is a quick way to find out if there was anything drastically different.

As it just so happens, there was.

Fewer shots attempted, passes attempted and sequences with 10 or more passes. As a result, PSV’s Expected Goals (xG) total was significantly down on their season average.

It is the sort of graphic to practically guarantee engagement.

Firstly, it appeals to both sets of supporters. For example, it tells PSV fans exactly what went wrong, while Ajax fans can see how Erik ten Hag and his players got it so right on the day by not allowing the visitors to play their game. They disrupted them and this limited their threat. So that explains, to an extent, why the hosts romped to victory.

You can do similar for Bayern’s emphatic victory over Bayer Leverkusen.

As shown in their shots conceded map, B04 weren’t giving up many high-value opportunities on a regular basis and had an expected goals conceded total of 9.61 (1.37 per 90).

Lukas Hradecky had been making around 3.5 saves per game too in the Bundesliga prior to the visit of Bayern Munich.

Against the champions, he made six saves and still conceded five goals.

Bayern’s expected goals total on the day was 3.06.

That stat along with that graphic is a perfect way to illustrate just how dominant the away side were. It is also the sort of angle that is picked up by other accounts and used. You go from joining the conversation to starting it.

Make this a regular occurrence and audiences will naturally gravitate towards your account after a game to find insights they aren’t getting elsewhere.

With the Twenty3 Toolbox, you can add insight to the topical trends and you can create narratives with meaningful evidence to back it up.