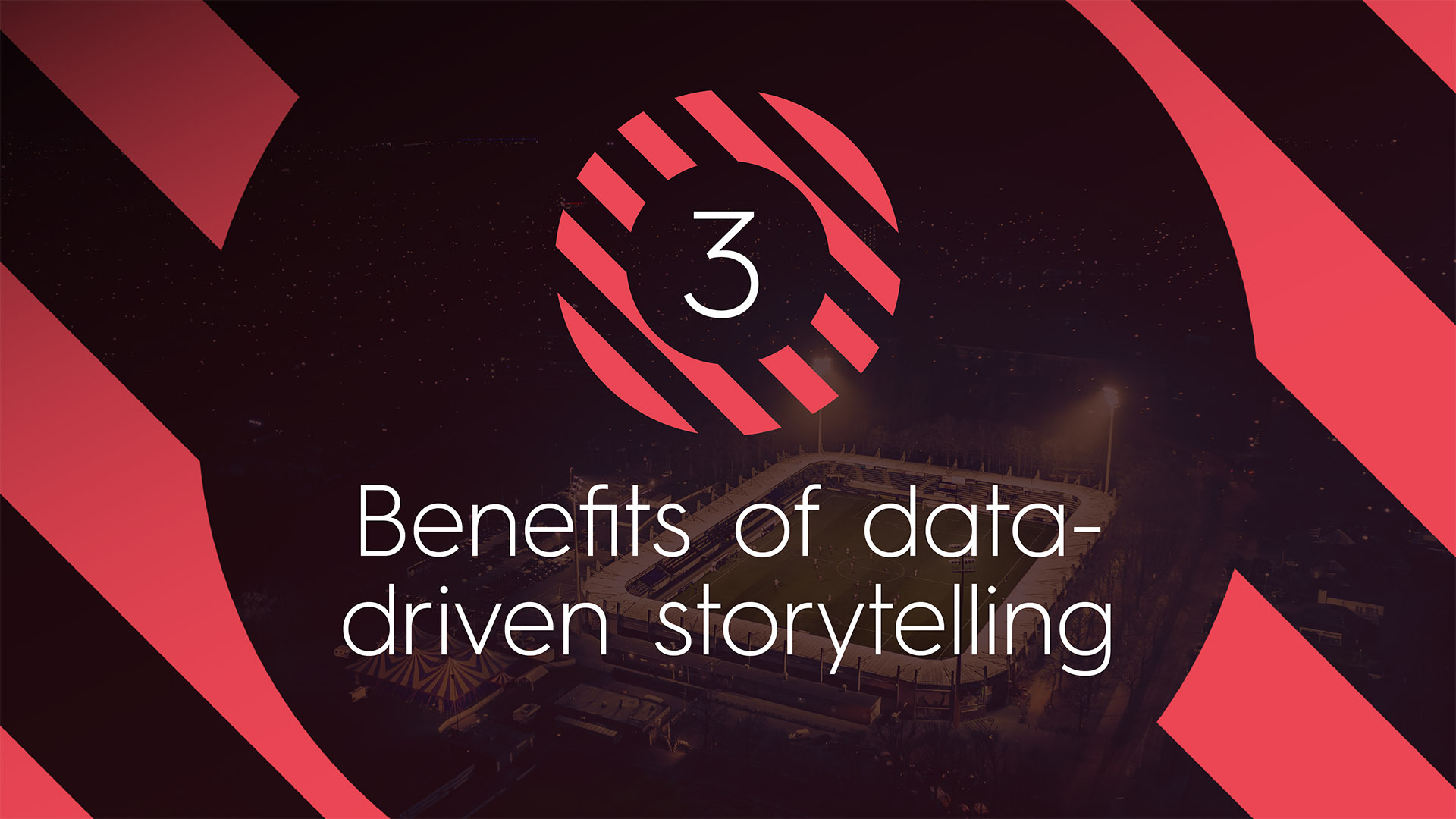 Football content is biased. There’s no other way to dress it up. All fans of football have preconceived beliefs when it comes to clubs, managers and players. No matter how much you try to leave all of that at the door when putting together what you believe to be an objective piece of content, opinion will seep into it. It is just inevitable.

This might explain why there’s been a rise in data-driven storytelling over the last 12 months. With access to more data than ever before, better visualisations and increased demand for detailed analysis, many within this sphere are now trusting data to lead the way.

Granted, football isn’t played on an excel spreadsheet. But, you can learn a lot from focusing on the data, especially when you don’t have a personal attachment to the team or player you’re writing about.

There are a number of benefits to this approach. Having worked in this space for some time now, we feel as though we’re well placed to discuss it. With this in mind, here are three reasons why you should look into producing data-driven stories.

It is literally unachievable to be across every single stat for every single player at every single team in the world. Jamie Carragher said as much when he appeared on Laptop Gurus recently: “You can’t meet that demand. It is impossible. I wouldn’t try and kid someone that I know every player in the Premier League.”

The beauty of stats is that you can, at a glance, use them to get an understanding of a player or a team. You can go really granular with what is available these days, too.

Here at Twenty3, we’re fortunate enough to have the Insight tool. It flags any noticeable changes in output or performance and flags it for users. Content can then be built out solely around that subject.

For example, Liverpool have struggled so far in 2021, but did you know that their goals per game average at Anfield since the win over Spurs is 0.25, while away from home it is two?

That alone is enough for a piece of content. It can then be used to build out a variety of other angles: Why is this the case? What changes when the champions aren’t at Anfield? What pictures are painted by the visualisations?

One piece of information from the Insight tool can lead to three or four pieces of content, all of which are driven by the data.

Using numbers as the guide, writers are disregarding certain ones to suit a narrative. Every writer does it. They naturally cherrypick certain metrics to emphasise a point. If a midfielder ranks near the top for passes attempted, you can almost guarantee that they’ll be in the top ten per cent for backward passes. If the point of the piece is to suggest a player is too safe in possession, the latter stat will be used without the former being mentioned.

Data-driven storytelling factors all of that in.

The narrative shifts from an opinion being validated to an idea being examined. We go from a subjective piece to an objective one, and the audience benefits.

3. Stand out from the crowd

Original content is ultimately the holy grail within this industry. Many outlets explain what has happened, but few seem to be able to explain why something might’ve happened. When attempting to capture an audience, educating them is more powerful than simply talking at them about something they can find elsewhere.

By delving deeper into why, blocking out preconceived ideas and, to an extent, allowing the numbers to guide you, you’re often able to produce analysis that can’t be found elsewhere.

A brand built on objective analysis is one that will be trusted by the masses.

If you think the Twenty3 Toolbox could help take your organisation’s content to the next level, be sure to request a demo.