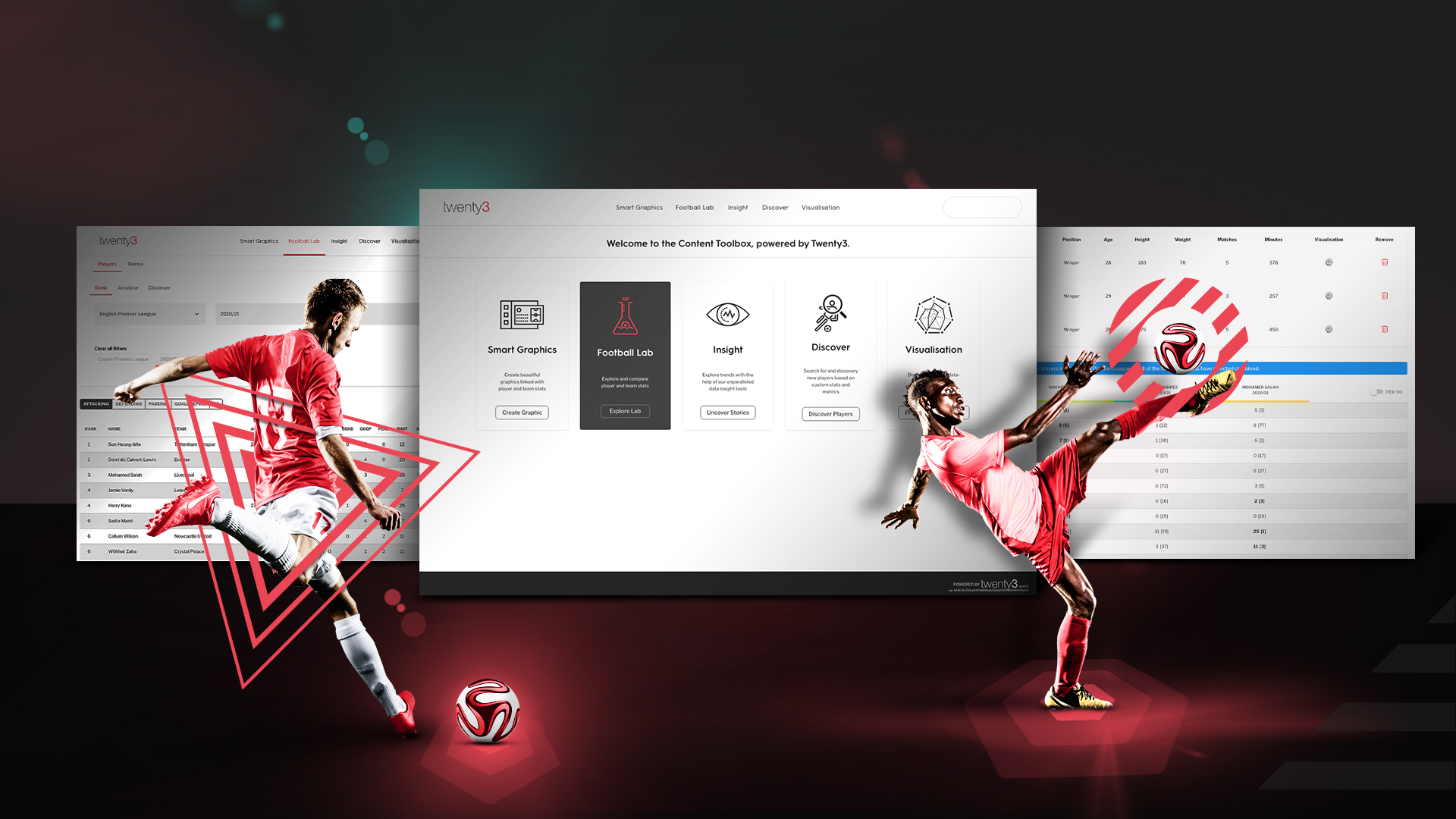 Laboratories sound like fun places, if a little intimidating. Do you need to bring your own Bunsen burner, can test tubes go in the dishwasher, is this a puddle of water or acid? Happily, the Football Lab in the Twenty3 Toolbox is much simpler, while arguably being even more fun and useful.

More importantly, it helps you do even better work and to do it quicker too. The Lab’s fully kitted out with the entire range of a data provider’s statistics, along with rankings and filters (like player position, dominant foot, or age). No Bunsen burner needed.

Opening the Lab page gets you straight to the good stuff: key stats, organised into groups, and sortable.

Understandably, you may want to look at the statistics per 90 minutes so that the top and bottom of the lists aren’t just a matter of who’s played the most. A quick toggle, and then add in a filter for minutes played for good measure. Pierre-Emile Højbjerg is no longer top, but he’s still a hub for the team it seems.

The same is true for teams too of course. Sorting by the fewest fouls made per match, it seems Marcelo Bielsa is working at wiping away that old ‘dirty Leeds’ tag.

If you want deeper detail, there’s the Analyse tab. Let’s take a look at a very in-form duo – Harry Kane and Heung-Min Son. Ranked compared to other players in the Premier League (the numbers in the square brackets), we can see Kane is getting mammoth shot numbers despite rarely receiving the ball. Interestingly, he makes fewer touches inside the box than Son too.

Scrolling down the page to the Passing stats section, there’d be another interesting nugget for those who weren’t already familiar with these players. Neither are used a huge amount in build-up, shown by the low number of passes, but Kane ranks far higher in the league for passes in the final third than Son does.

If you’ve only been watching highlights of Kane this season, that might raise an eyebrow slightly. Isn’t he dropping deep and playing all those passes for Son to run onto? Well, yes; the Englishman is playing high up the pitch like a conventional striker, but your eyes aren’t deceiving you about all those through balls he’s playing.

Those numbers are staggering given that the striker isn’t — until now perhaps — considered as a top creator. It’s something that needs to be seen to be believed: and it can be. Scrolling back to the top of the page gives us a direct route to Kane’s visualisations.

From which (among other things) we can see the pass map of these through balls. They’ve been lethal: five have become assists (blue, ending in a star); another merely ended in a shot (white, ending in a dot); while an impressive number of others were completed (coral arrows).

We could delve into even more detail, but it’s time to bring the tour to a close. A fully-stocked cupboard of data, with the tools of rankings and filters: the Football Lab is the perfect place to be making your own experiments and discoveries.

The statistics used in this article were prepared before Matchday 6 in the Premier League.

If you’d like to learn more about the Football Lab, or our other products and services, don’t hesitate to get in touch.