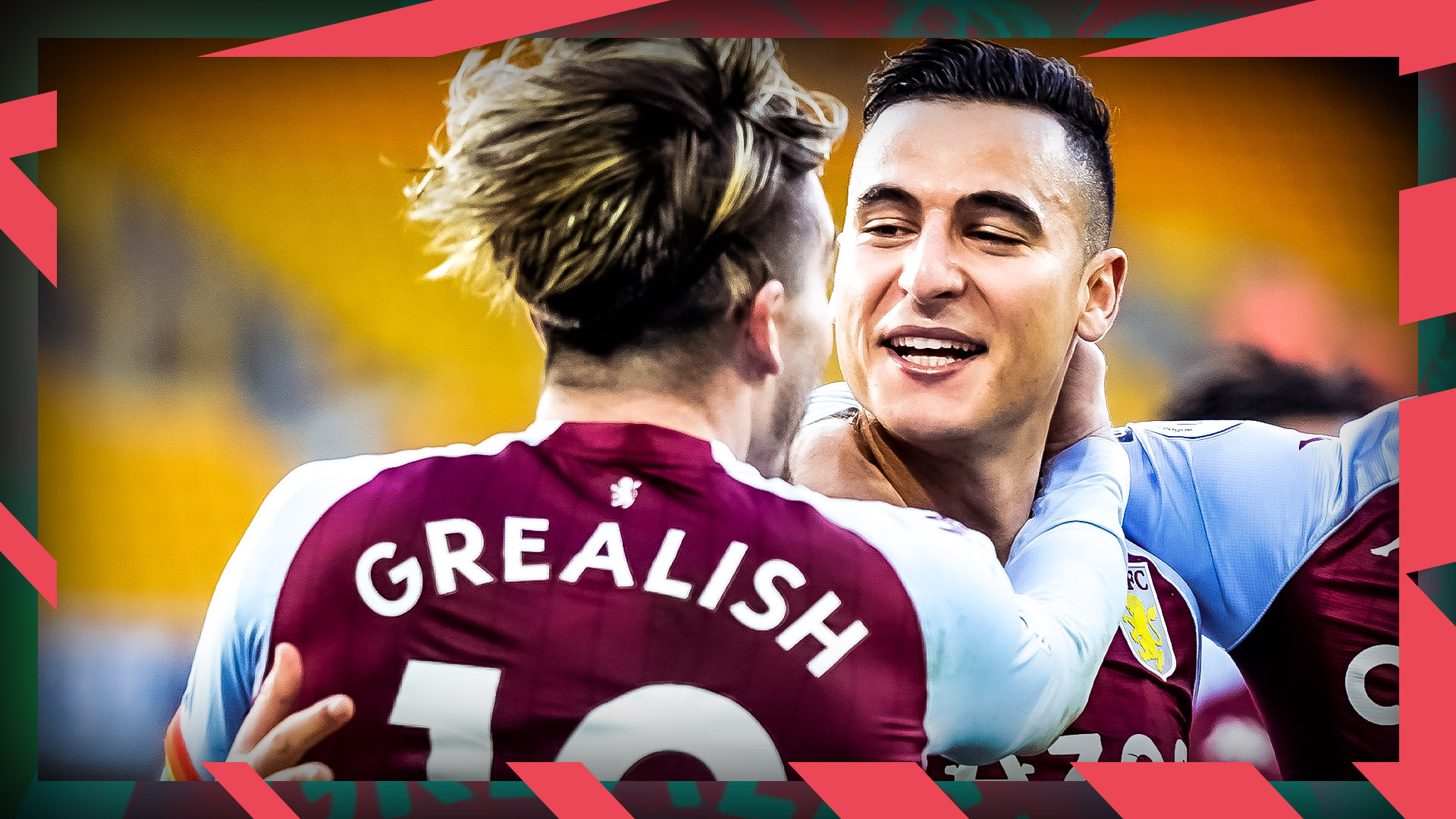 Anwar El Ghazi, the 25-year-old Dutchman, picked up the starting spot on Villa’s left flank in mid-December vacated by Jack Grealish’s move to No.10. Twenty3’s Insight tool picks up the trend automatically and shows just how big the leap has been.

In the period at the back-end of last season, El Ghazi was averaging just 0.08 expected goals per 90 minutes. This season — but really in the period of time when he’s been starting (which has come in his recent left-wing starts) — the average is 0.66.

Our Insight tool uses an algorithm to automatically find the biggest changes in a player or team’s stats, and El Ghazi’s transformation appears at the top of the list.

The Dutchman’s shot map has the characteristic ‘winger’ collection of attempts just inside and outside the box, but also some really high-quality chances.

In terms of shot-taking, this is actually far stronger a picture than Grealish’s when he held the position before El Ghazi. Although the Villa captain scored five in this timespan, the expected goals value of the shots was only 2.35.

However, that’s because Grealish’s big skill is creating opportunities, rather than getting on the end of them. El Ghazi has only averaged 0.07 expected goals assisted since mid-December, a far cry from Grealish’s 0.38 when he was predominantly the side’s left-winger.

Something as simple as plotting different types of event on the same visualisation gives an idea of how the two play differently. When Grealish played on the left flank, his ‘path’ towards the box is clearly visible (below). Successful attacking duels start to become more apparent in his approach to the left ‘shoulder’ of the penalty area. There seems to be a fairly clear line at which Grealish chose to lay the ball off to others in creating shots. And then just a bit closer inside are his own attempts.

Taking this idea and translating it to El Ghazi shows a few subtle differences (below). He’s much less likely to have got past an opponent inside the box, and there’s no real patch of shot assists, as there is for Grealish. However, El Ghazi’s shots — and a couple of his take-ons — get into the very centre of the box that his teammate so rarely occupied.

It seems likely that El Ghazi is, in part, benefitting from Grealish’s creativity but it’s also worth considering Villa’s system. Early in the season, with their homegrown captain catching many an eye, it seemed like Dean Smith’s side were funnelling everything down their left. Perhaps their set-up still has some tactical alchemy that gets the most magic out of their wingers on that side.

That thought shouldn’t put too much of a dent in Grealish’s reputation though: since moving to the No.10 role he’s averaged 0.42 expected goals assisted per 90 minutes.

For the obvious and important reasons, it’s worrying and saddening that Aston Villa have had to postpone matches due to a coronavirus outbreak among the first-team. For the – in comparison – very unimportant reason of being intrigued by the team, it will be good to see them, and El Ghazi, back in action again too.