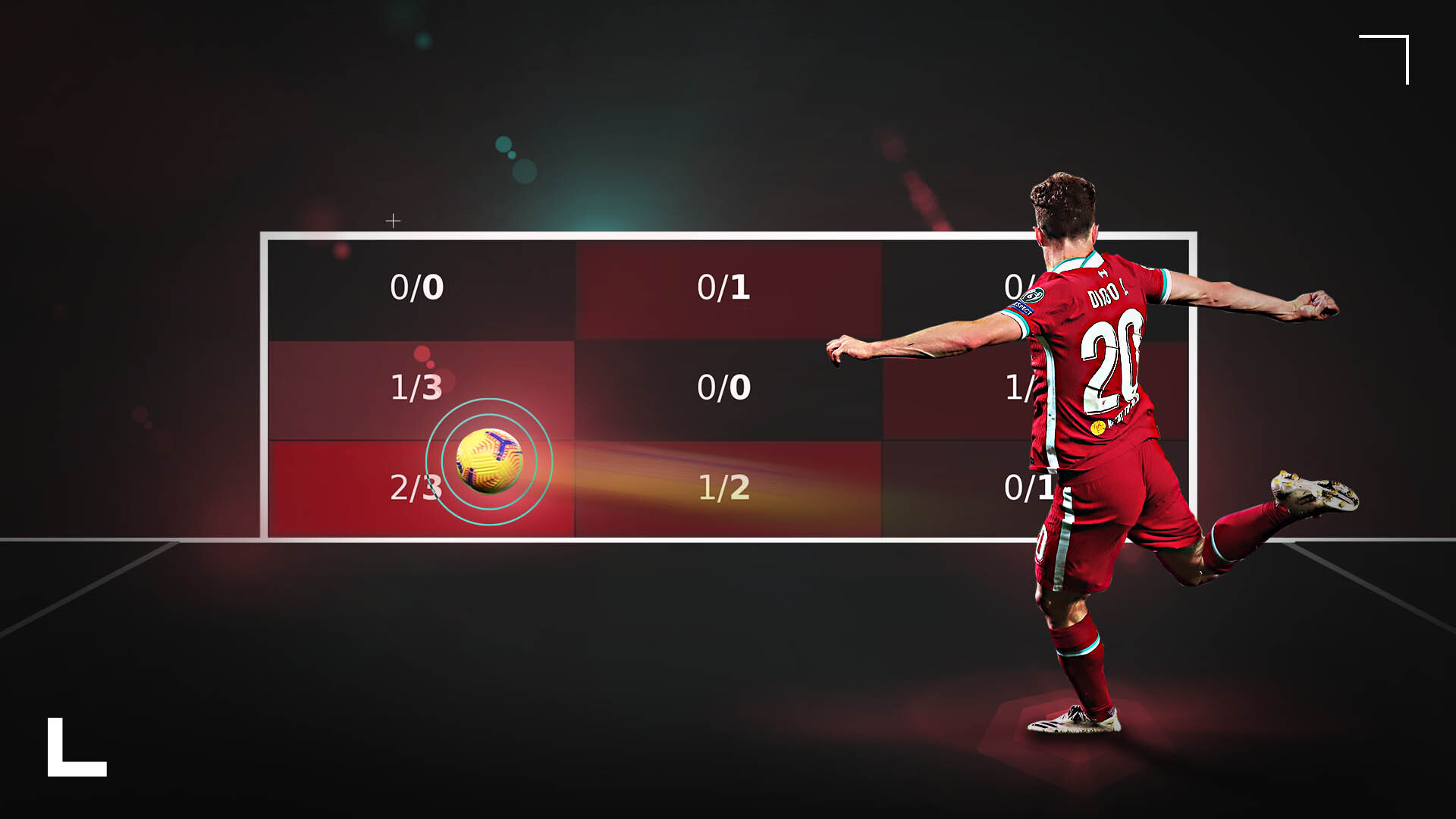 Hitting the target and making the goalkeeper work is no longer good enough at the very top level. More often than not, chances are at a premium in the must-win clashes and failing to make the most of an opportunity is viewed as a waste. What’s more, these must-win matches are becoming increasingly more common. Fewer chances means more pressure on the forwards. This can go one of two ways. Some hone their craft and flourish while others crumble under the sheer weight of expectancy.

The emergence, and more recently the acceptance, of Expected Goals (xG) has helped fans understand what is a sitter and what is a difficult chance. However, it has also watered down how shot placement is viewed. High quality opportunities can be tainted by poor finishing and because xG doesn’t take into account the outcome, this isn’t always an obvious issue.

Take Gabriel Jesus, for example. During his time with Manchester City, he has an xG total of close to 58, but he’s only scored 43 goals for Pep Guardiola’s side in the Premier League.  He’s one of the best chance-getters in the English top-flight, but not an elite chance-finisher.

Being in the right place at the right time is a difficult thing to teach, but improving a player’s shot selection isn’t. It’s why players with high xG but a low goal return are still ones to keep an eye on. After all, finishing is a skill that can be taught.

Some teams dont have the luxury of time and aren’t a literal finishing school. They need players who immediately maximise the chances that come their way. One player who falls into this category is Diogo Jota.

There was a feeling that the Premier League champions had overpaid when they parted with £41million to sign the 23-year-old. From the off, he looked like a Liverpool player and he’s scored nine in his 15 outings for the club.

As shown in his Shot Placement Map above, six of his goals have hit the bottom third of the goal and 50% of all of his efforts hit that section, too. This particular trait was flagged in a profile written just after his move to Merseyside. It may sound like a cliché, but hitting the ball hard and low really is a good approach when in the penalty area.

You could pick a number of Jota goals to highlight this. Perhaps the best one was his second against Atalanta.

After bringing the ball down in the area, he cut inside and ignored the area to the keeper’s left. Marco Sportiello, the man keeping goal for the Italians on the night, expects his defender to block off the area to his right and gambles on Liverpool’s No.20 curling an effort into the far corner. He shifts his weight to that side and you can see this in the screenshot above.

Jota, however, smashes it hard and low. It’s past Sportiello before he can even react. No matter how good a goalkeeper is, they’ll always struggle to get down and stop the low efforts into the corners. Especially from such close distance.

Just watch his goal against Leicester City. The header looks fairly close to Kasper Schmeichel. If it was a little higher, the 60-cap Denmark international pushes it away. It was in the sweet spot of under the keeper’s arm but too high for them to save with their foot.

The Portugese speedster isn’t the only player benefiting from this technique in the Premier League this season.

No player has had more shots than Patrick Bamford (38) this season and only four players can better his return of seven goals. Impressively, of the 17 shots he’s had on target, close to 60% of them have hit the bottom third of the net.

He differs slightly to Jota in the sense his efforts aren’t ferociously struck. Instead, he’ll hit his shots really early and that is enough to catch goalkeepers off guard, somewhat. Different style, same outcome. He’s hitting the bottom sections of the net and keepers can’t react quick enough. If Leeds keep creating chances, Bamford will continue to be amongst the goals.

Bamford isn’t the only surprise name in the shot table. He leads the way, but Harry Kane (37) and Mohamed Salah (33) aren’t far behind. The only other player to have more than 30 shots this season is Aleksandar Mitrović. Yet his 31 shots have returned just two goals for Fulham.

When looking at his Shot Placement Map, you can kind of understand why.

Firstly, only 29% of his efforts have actually hit the target. Of those efforts, 33% have hit the lower third of the goal. As you can see in the graphic, only one of his shots have hit the bottom corner. His shooting technique gives off the impression that he’s just trying to hit the target and the lack of precision is why many of his efforts are blocked and those that do his the target are generally comfortable for the keepers.

Shot selection can really be the difference between winning and losing. It’s an underrated and underappreciated skill in the modern game.