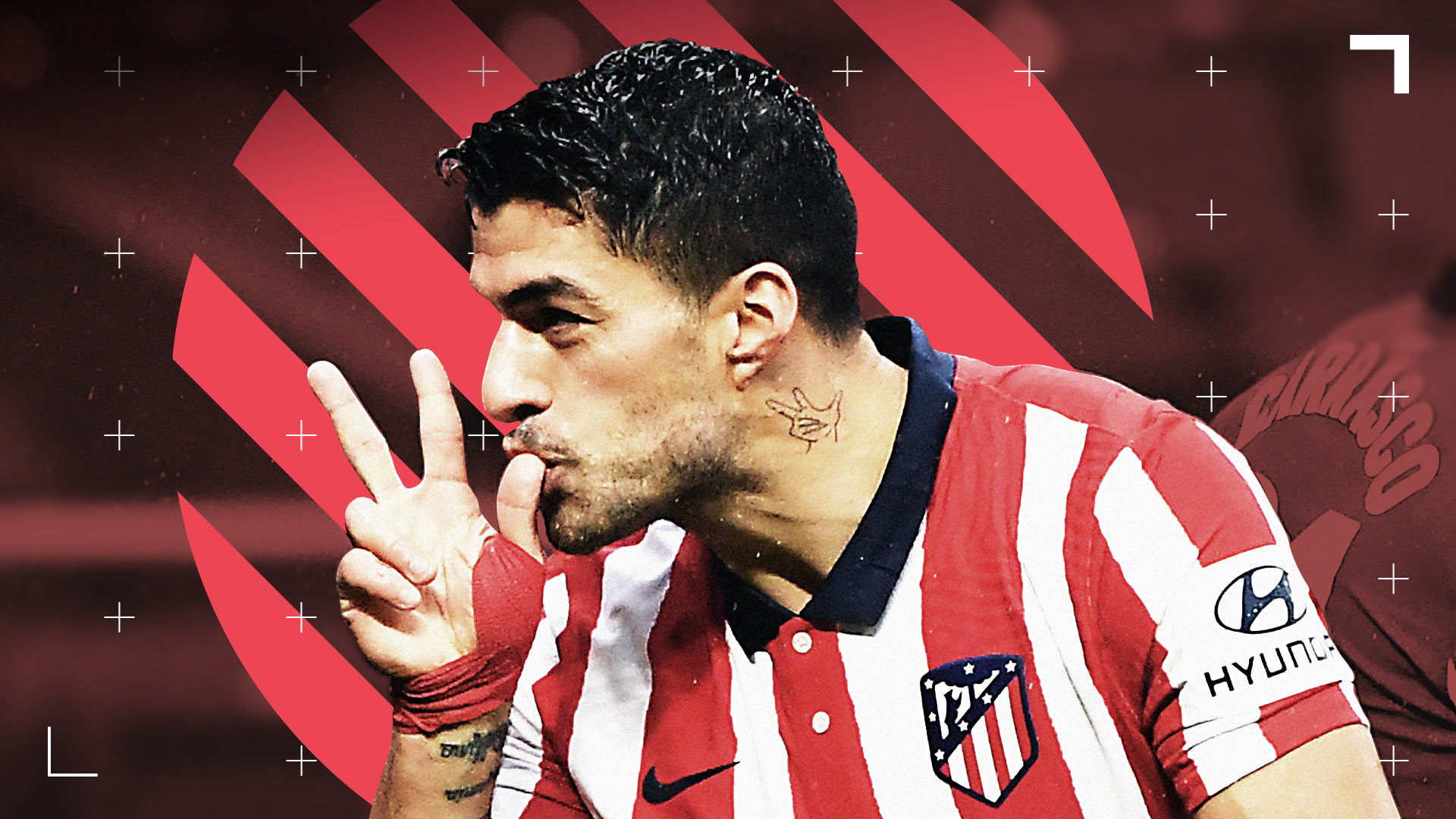 When it was revealed that Luis Suárez would be leaving Barcelona at the end of the 2019/20 campaign, many expected to see him plying his trade in MLS for the foreseeable future. However, much to the surprise of, well, everyone, he remained in Spain and is now spearheading Atlético Madrid’s title challenge.

The 2-1 victory over Alavés, a game which saw Suárez assist Marcos Llorente before scoring a stoppage time winner, lifted Diego Simeone’s men above cross-town rivals Real Madrid and into top spot in LaLiga. They’re now a point clear with three matches in hand.

Since defeat to Los Blancos in mid-December, Suarez has involved himself in five goals in just four outings. He was the match-winner against Elche, Getafe and now Alavés, ensuring the loss in the derby was nothing more than a blip.

El Pistolero’s final season with Barcelona was a disappointing one. His return of 16 goals in LaLiga was his joint-worst haul since moving to Spain and injuries disrupted the 33-year-old’s season. He featured in 2,115 minutes, a significant drop on the 3,000 minutes he’d racked up in the two previous campaigns.

Suárez always posted impressive numbers while playing for Barça, but his headline numbers did take a hit post-2017/18.

He averaged over seven touches in the penalty area during that season, too, as well as attempting 3.5 shots. Suárez’s expected goals (xG) average was also down, from 0.58 in 2017/18 to 0.41 last season.

The general feeling was that he might’ve passed his peak. The former Liverpool forward has rolled back the years though since becoming Atléti’s latest No.9. Despite playing for a team famed for their defensive system, Suárez is posting numbers that exceed his Barcelona days. Yes, the sample size isn’t the largest, but the Uruguyan looks back to his very best.

He’s averaging more shots (3.74) and his xG is back above 0.5. The big difference is Suárez’s post-shot xG average of 0.73, the highest in four seasons. He’s adding real value to his efforts, as evidenced in his shot placement map.

The assumption could be that Suárez is benefitting from playing in a more direct side. Last season, Barcelona averaged 62% possession in LaLiga. So far this term, Atléti have averaged just shy of 51%.

In theory, there’s more room for the No.9 in the final third and he’s got more time to make the most of his opportunities.

In truth, this isn’t necessarily the case. Most of his goals have been instinctive finishes, many even coming after he’s gotten onto the end of a ball into the area. At Camp Nou, the idea was to get the ball to Lionel Messi. Los Rojiblancos, however, look to just get the ball into the box as quickly as possible.

That goes some way to explaining why his chances for Simeone’s side seem to be of higher value. During his final season with Barcelona, he had just three shots in the six-yard area. He’s already scored three goals for Atléti from inside the six-yard box.

Suárez is the focal point of Simeone’s attack and he’s justifying the Argentine’s faith. He was written off far too early.

As shown in the comparison radar above, Suárez’s output isn’t too different from what he posted last season. What has helped the 116-cap Uruguay international has been the change in system, as well as expectations.

He’s improved in certain areas, but looking at the above graphic, there’s very little difference between the output that resulted in some questioning whether he should retire and his output as the poster boy for Atléti’s title challenge.