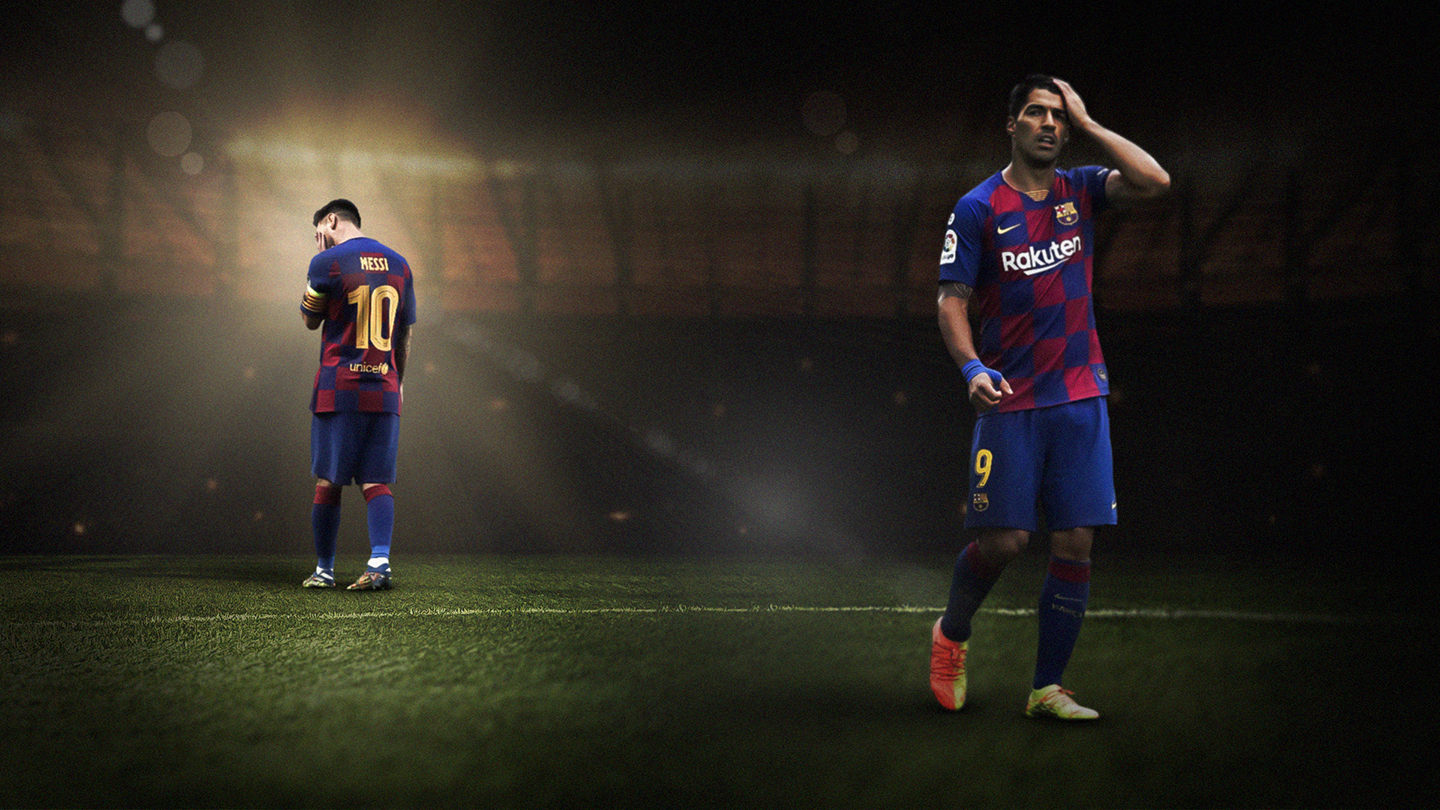 It’s no surprise, given the ground-breakingly embarrassing exit from the Champions League, that there’s talk of a rebuild at Camp Nou. Some are even wondering how Los Culés might look if Lionel Messi left. But the player that needs shifting most urgently is clear: Luis Suárez.

This might sound controversial given that the Uruguayan was the fourth-highest scorer in La Liga this season, bagging 16 as well as assisting a further seven. But modern clubs just can’t afford to accommodate two players like elder statesmen Messi and Suárez.

If ever there was a player who a team could be persuaded to revolve their team around, despite their deficiencies, it’s the Argentine. Messi does not defend — well below the average striker across the board for defensive stats. But he’s Messi, so it’s forgivable.

Suárez also makes significantly fewer defensive actions than the average striker (represented by the thicker band around the middle of the radar chart), but he is not Messi. His attacking stats are still good, but he’s less involved in the final third and doesn’t move the ball with it at his feet like his South American teammate.

Teams can give one player the kind of flexible expectations out of possession that Messi and Suárez are afforded, but not two. Outside of Karim Benzema, Real Madrid’s forwards put in decent amounts of work, at least meeting the average for their positions. The same is true at Manchester City outside of Sergio Agüero too, and Gabriel Jesus, when he plays, puts in an admirable shift defensively compared to other strikers.

It’s not just the defensive impact of forwards who don’t make defensive actions, but what it implies about their game in general. By and large, the attacking players who are permitted to avoid defensive duties are ones who the team want or need to conserve their energy for offensive purposes. The quarter-final against Bayern Munich made clear that Suárez needs more conservation than most, and that hurts the attack too.

Enquire about our Dynamic Radars

The ripples of cause and effect of the decision to keep playing him go further than that too, and is arguably a reason for Antoine Griezmann’s underwhelming first season at the club.

As the average positions visualisation above shows, Griezmann was played in a role and in areas not dissimilar to other forwards. And yet, compared to them, his stats are curious…

Very little attacking output, very little dribbling or moving the ball with it at his feet, but a lot of passing and a hefty amount of defending. Is this a ‘pass to Messi, defend for Suárez’ strategy?

The problem for Barcelona is that their ‘free role’ forward is Lionel Messi, who isn’t the main striker. When the player given leeway to avoid defending is a wide player — Mohamed Salah at Liverpool, for example — the centre-forward has to put in more all-round work to make up for it.

This just appears to be the way that football currently works. Barcelona can only afford to fit one ageing superstar into their team, and Luis Suárez isn’t it.