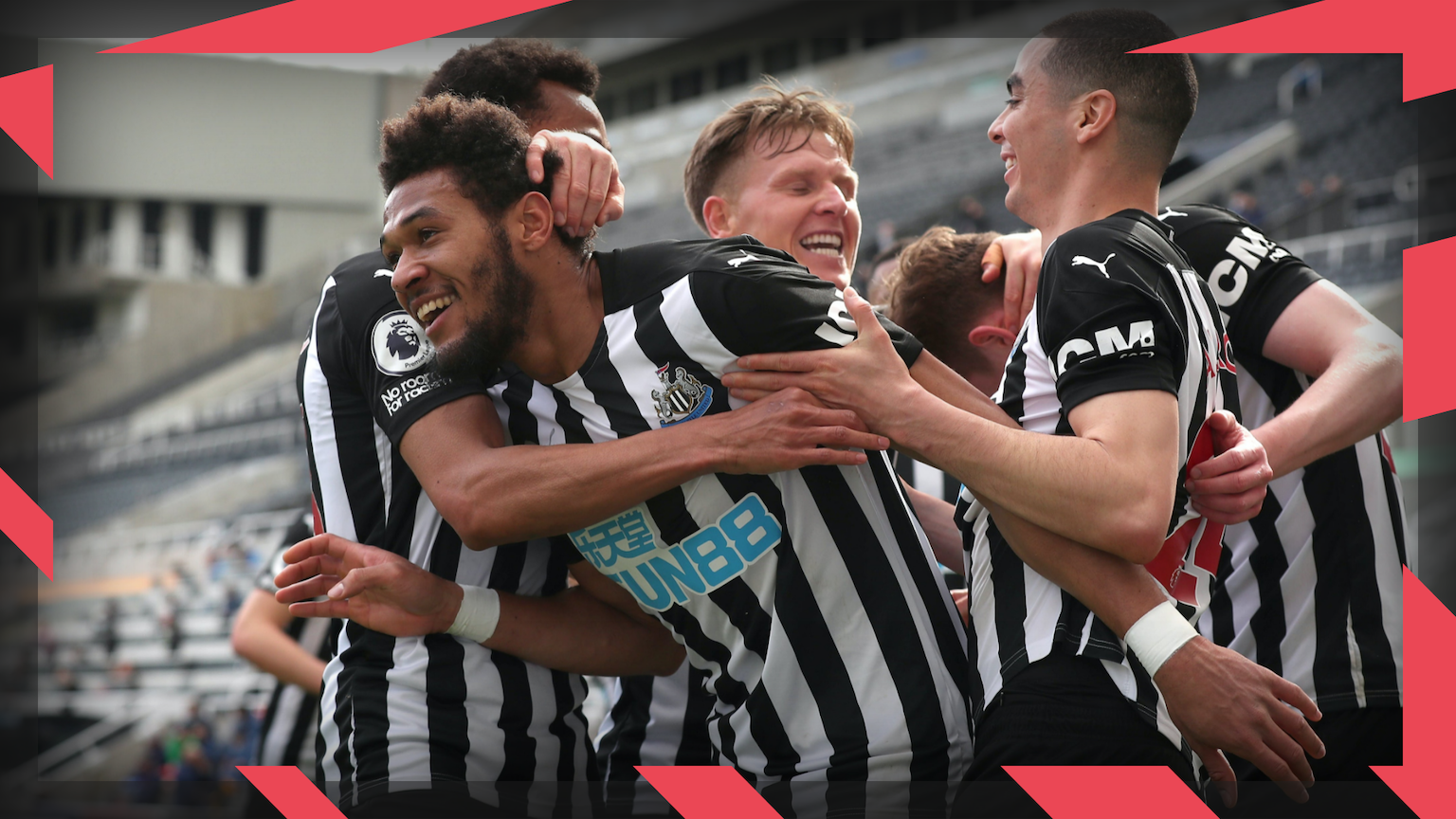 Newcastle United found themselves two points outside of the relegation zone when football was paused for the March international break. A 3-0 drubbing at the hands of Brighton left Steve Bruce’s side winless in six.

Since the turn of the year, Newcastle had won just two of their 14 Premier League matches. From the possible 42 points on offer, they had picked up just nine.

At the time, It all looked a little glum for those at St James’ Park.

Averaging less than a goal per game and struggling to prevent them at the other end – only Sheffield United (50) and West Brom (57) had conceded more goals – it was easy to understand why the Magpies found themselves in a relegation battle.

However, nearly a month on from that loss to Brighton, Newcastle are up to 15th in the table, eight points clear of the drop zone. They’re unbeaten in three and have scored a minimum of two goals in those outings.

Bruce made the bold decision to change the system being used and he’s now reaping the benefits. It isn’t the first time they’ve tweaked the set-up this season. For a period of time, Newcastle switched to a diamond shape and this seemed to suit Miguel Almirón. However, an injury to goalscorer-in-chief Callum Wilson derailed that experiment.

As you can see in the average touch maps above, the Magpies have primarily used a 4-3-3 variation this season. Over the last few weeks, however, they’ve been deployed in a 5-3-2 shape. They appear to be much better balanced and as a result, look like a completely different team.

For example, Newcastle are averaging five more shots per 90. Granted, the sample size (three games) isn’t the largest, but it does show the difference over recent weeks. Bruce’s men have come up against Spurs, West Ham United and Burnley. Of those three, two are fighting for a place in Europe next season and one still needs points on the board to guarantee Premier League football.

You could be forgiven for expecting Newcastle to head into those games looking to not lose. Yet they’ve shown attacking intent and been rewarded for it. Their expected goals average has nearly trebled and their actual goal output is currently 2.33 per 90, up from 0.97.

These aren’t smash and grabs. The Magpes are creating high-value opportunities and these victories have been deserved.

Another change to their approach is where they engage opponents. Between August and March, Bruce’s side would engage fairly high up the pitch, up until the opposition’s penalty area, but they’d not necessarily be good at regainng possession. This is evidenced in the defensive solidity map. They allowed 18.54 passes per defensive action (PPDA), ranking them bottom of the league for this metric.

Throughout April, their defensive solidity map has changed. Newcastle now seem to concentrate more of their efforts around the middle third. They will engage higher up but not as intensely as they do around the halfway line. This mid-block press has seen their PPDA improve to 16.86. The new defensive approach also invites the opposition onto Newcastle and creates more space for players to attack.

There’s been an increase in dribbles attempted, 27 up from 22, and this plays to the strengths of some of Newcastle’s brightest talents. Almirón, Ryan Fraser and Allan Saint-Maximin are all progressive ball carriers who cause the most damage when they’re able to isolate players and attack the space.

The perfect example of how devastating this can be was on show against Burnley when Saint-Maximin picked the ball up on the halfway line, drove at the hosts, sent two defenders the wrong way on the edge of the penalty area before firing home with his left foot.

Newcastle have a squad capable of being one of the best counter-attacking teams in the Premier League. It’s no coincidence that they’re putting points on the board now they’re playing to their strengths.