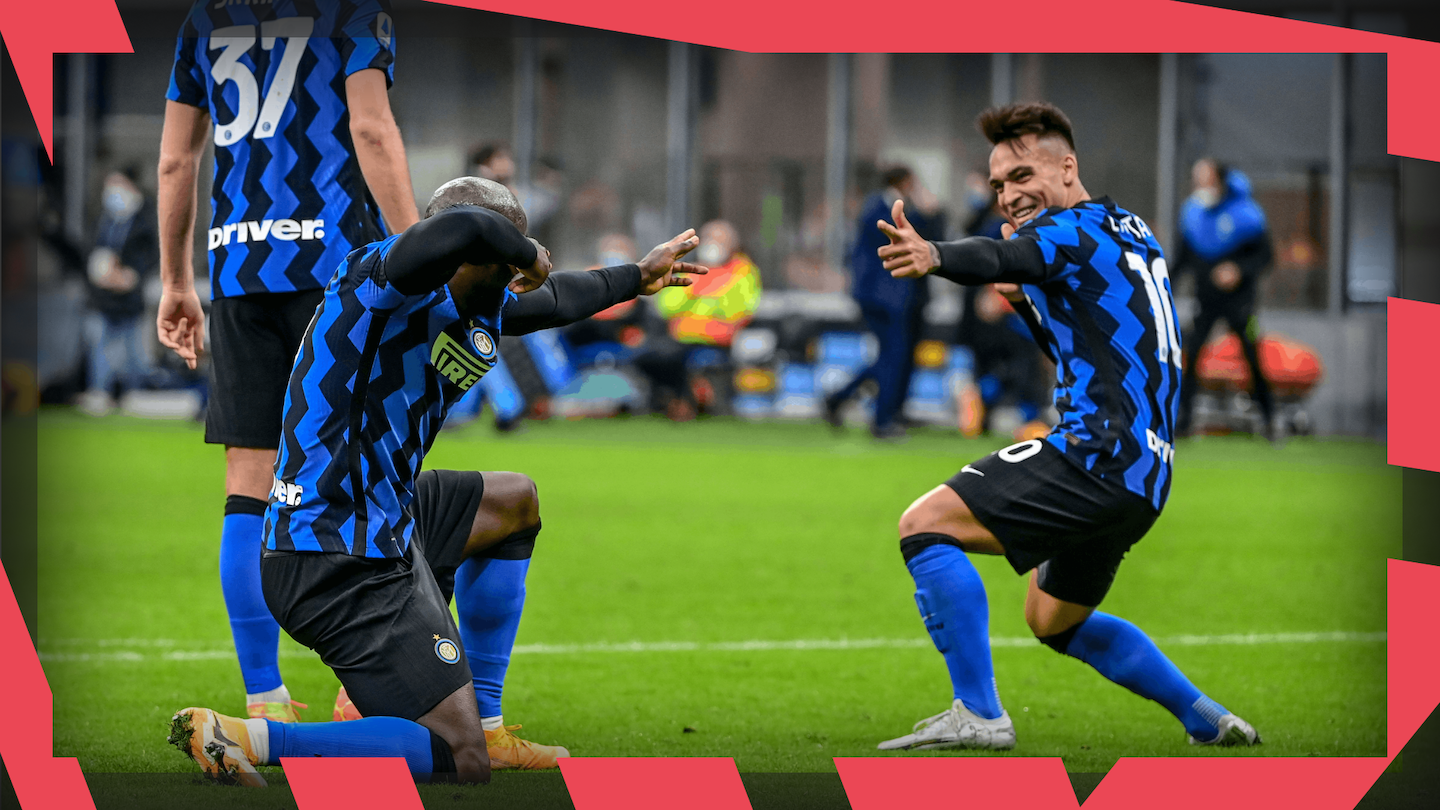 Barring a disaster of pretty sizable proportions, the Italian Serie A crown will change hands for the first time in a decade come May.

Long have Juventus ruled the division, stringing together nine consecutive league-winning campaigns, and 2020-21 was supposed to make it 10—Cristiano Ronaldo’s second, albeit slightly different, La Decima, if you will.

But Inter Milan have spoiled the party. Actually, scratch that: they’ve trashed the party. They’ve streaked out into a lead at the top and currently sit ten points clear of the Old Lady and six ahead of AC Milan.

Ever since Inter took Juventus apart at San Siro in January, winning 2-0 thanks to a storming, eye-opening performance, it’s felt as though the title has but one possible destination. The Nerazzurri have dropped just two points from a possible 27 and are on an eight-game win streak.

The 3-5-2 shape Antonio Conte has drilled into his troops has looked perfectly balanced since the team truly slid into its groove around November. They’re Serie A’s top scorers, they boast the second-meanest defensive record…

Juve’s sheer pedigree has led many to assume they’ll eventually kick on and recover the difference, but the reality is there are no signs of it. Inter are the best side in the division, have found a consistent groove and seem as though only injuries can derail their charge.

How, then, have they done it? Let’s use the Twenty3 Toolbox to visualise four key factors.

For the first time since the 2014-15 season, the league’s top scorers look set to occupy top spot in the table too; there’s been zero correlation between offensive firepower and silverware for more than half a decade. 2014-15 was bizarre anyway: Atalanta finished 17th, AC Milan 10th, Inter 8th, Fiorentina 4th.

No, Juve’s long run of titles was built on rock-solid defensive foundations, and while Inter are exceptional in this area too, they possess an ability to bludgeon teams in a way typically only seen from Napoli and Atalanta in recent years.

Romelu Lukaku (19 goals) and Lautaro Martínez (14 goals) have formed what is arguably Europe’s deadliest true strike partnership. They’ve directly assisted each other 7 times, regularly get almost 3+ shots off per game each and earned the moniker “LuLa.”

Going 1-0 down to Inter is just about as perilous a position as you can find yourself in in 2021, because it allows Inter to drop in and counter-attack through Lukaku’s aggressive, direct, powerful runs. He cleaves defences in two and pushes them back; meanwhile, Martínez ghosts into the space created, links with Lukaku and feeds off the scraps.

The tandem is superbly balanced, seemingly impossible to hold at bay for 90 minutes (the number of late goals Inter have scored is remarkable) and can still improve—Martínez is far from prolific and can sharpen up sizeably in front of goal as he matures.

Conte is famous for his love of a back three/five system and he’s sculpted this Inter defence in the same way he did with Chelsea, Juventus and the Italian national team before. They’re averaging less than a goal conceded per game and can point to a series of success stories across the line.

The ever-reliable Stefan de Vrij anchors it from the centre; Alessandro Bastoni fires off some beautiful long-range passes from the left; and Milan Škriniar, one of this season’s true surprise packages, has returned from the brink, adapting to the right-sided role in a fashion many assumed impossible.

Despite De Vrij’s leadership and Bastoni’s finesse, you could make a case for Škriniar’s role being the most important, as he operates in the tricky space behind wing-back wonder Achraf Hakimi—who barrels forward so often he might as well call himself a winger.

As a result, Škriniar continually finds himself defending bigger spaces than anyone else and assuming the role of a right-back in possession, playing short, sharp passes in tight spaces by the sideline. Again, it’s a wonder he’s managed to grasp it all and emerge looking good.

Despite picking up points consistently from the get-go, combining brute-force attacking with solid defending, Inter’s midfield was a concern up until as late as February. Specifically, the balance felt off: it was either too defensive, meaning “LuLa” had too much responsibility in the final third, or it suffered from a range of discipline and fitness issues.

Quite remarkably, Christian Eriksen—a man who was officially transfer-listed in December in the hope he’d move on in the January window—has emerged as the key to it all. Not only did he not move on, but like Škriniar, the Dane has fought his way into an important role in the makeup of this XI.

He’s now an automatic starter in front of Marcelo Brozović, who holds the midfield fort masterfully, and alongside Nicolò Barella, whose relentless energy and all-round game keeps Inter’s intensity up. Eriksen’s the panache, the creative x-factor, who will also muck in and do the hard yards (a Conte requirement).

Barella’s the true gem, though. His thunderous strike and workhorse performance against Juventus in January paved way to the realisation that the best Italian midfielder in the game plays in black and blue—not black and white—and his level is about as consistent as it gets. He and Hakimi pound up and down the right side, leaving little wonder as to why Inter funnel the ball to that side so consistently.

It feels only right to finish off the analysis by spotlighting Samir Handanović, a man who has spent the best part of a decade at Inter, and for whom this title win—should it transpire—will feel particularly sweet.

Since joining the Nerazzurri in 2012 he’s watched Juventus lift every single Scudetto on offer, and now, thanks in part to some of his miraculous work, Inter are in pole position to end that run. Incredibly, it would be the Slovenian’s first-ever trophy of any description.

Now 36 years of age, though, there were some concerning signs earlier in the season that his talents may be on the wane.

Errors/gaffes against Hellas Verona and Sampdoria, less than a month apart, sparked real worry that Handanović—who for entire seasons at a time in the last decade looked the only redeemable, pride-worthy part of some below-par Inter sides—could be a key factor in the title race for the wrong reasons.

But a midseason bounce back has warmed hearts and calmed nerves. He pulled off three ridiculous saves in the space of 60 seconds in February’s 3-0 Milan derby win and came up big against Atalanta’s Duván Zapata with the game in the balance in March.

Eleven games out from the finish line, there are myriad reasons why the Nerazzurri should feel their name belongs on the Serie A trophy this season—perhaps none are more compelling than crowning Handanović’s incredible stint at San Siro with the title it deserves.