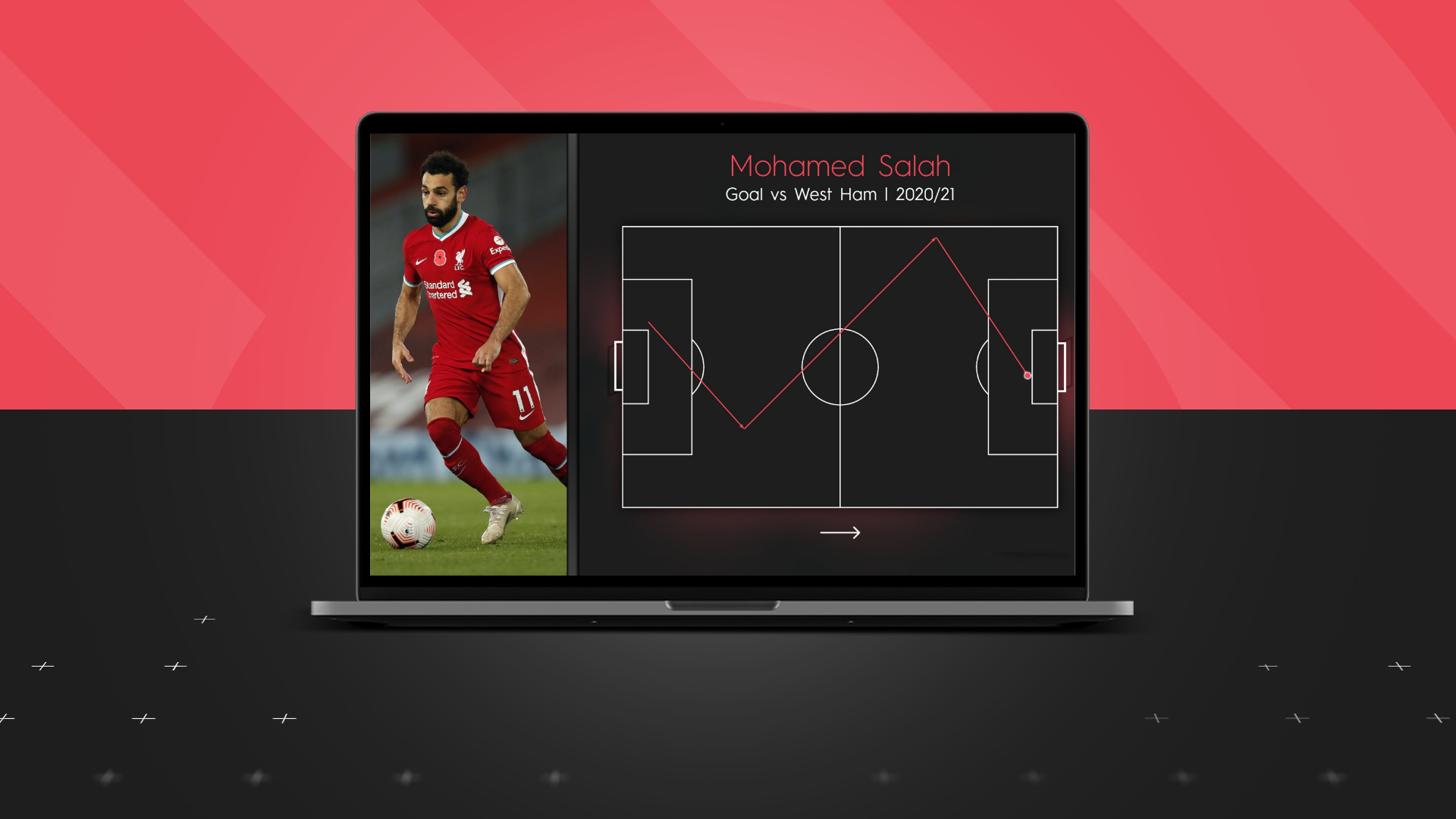 Sometimes, the build-up is better than the actual goal. However, replays tend to focus on the final few moments of a move while the stats credit the scorer and the player responsible for the assist.

Everything is primarily geared towards the outcome. We get it. After all, it is the defining moment of a move. However, these moments are the consequence of what happened prior. These situations can, at times, be repeatable. They can be tweaked, refined and worked on.

With this in mind, we’ve used the introduction of the Event Lab within the Twenty3 Toolbox to add sequence visualisations. It is yet another layer for those looking to analyse at a granular level. 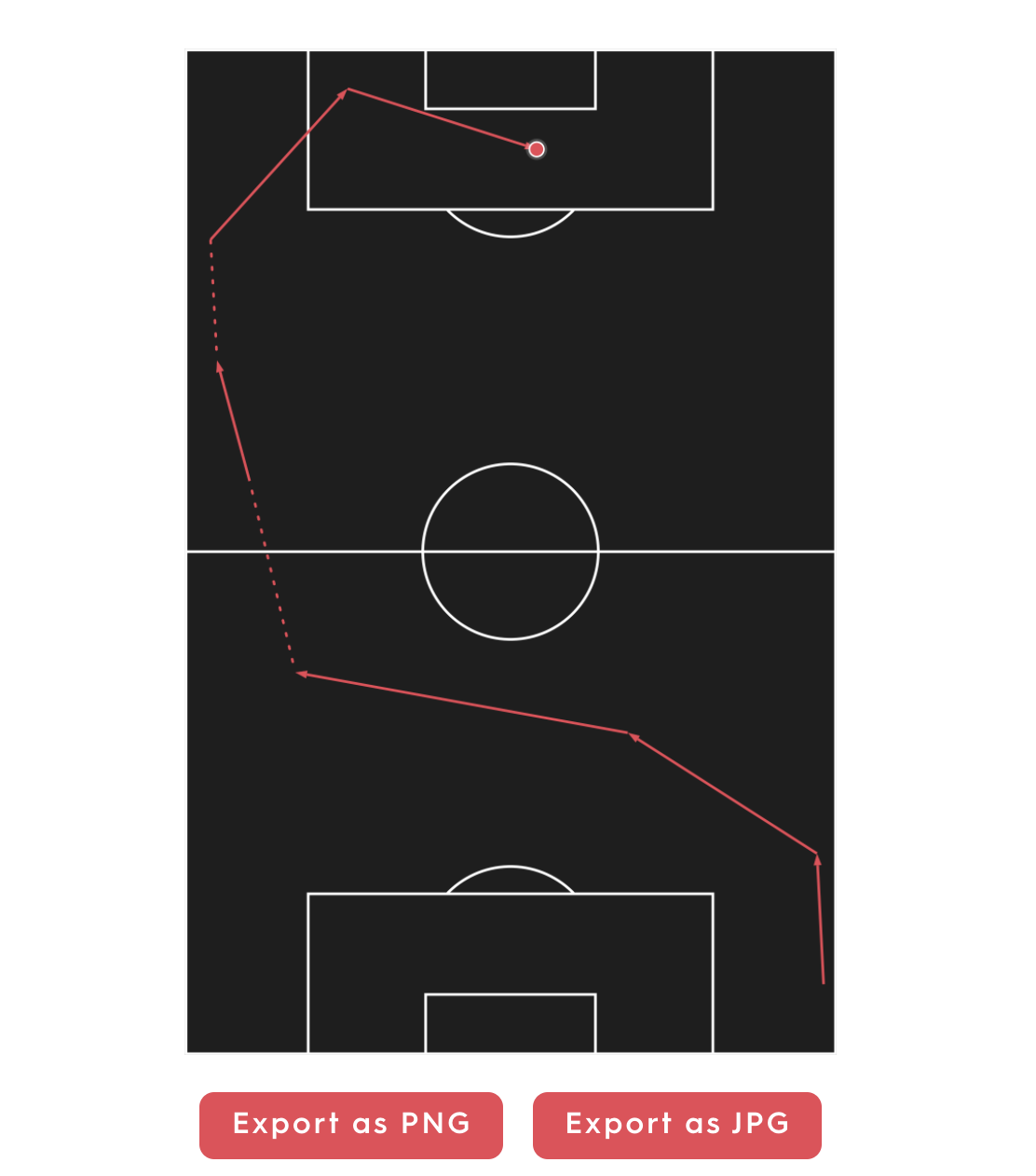 There are a number of filters so users are able to, for example, look at pass sequences prior to the ball entering the opposition’s penalty area. They can isolate shots that have occurred after 10 or more passes in a sequence and, of course, look at how a goal was scored.

It is very straightforward, too. For goals, users select the match they want to focus on, then pick which one they want to view and the visualisation is immediately ready to download.

We wanted to really put this to the test, so looked at some of the best goals from the 2020/21 Premier League campaign.

The on-loan Manchester United attacker enjoyed his time with the Hammers, notching nine goals in 16 outings. The pick of the bunch had to be the one he scored in the 3-2 win over Wolves.

Vladimir Coufal and Pablo Fornals exchanged passes in their defensive third having stolen the ball away from the hosts. The right-back found Lingard just inside his own half and he went on a mazy run, Slaloming past Leander Dendoncker and Romain Saiss before casually firing a left-footed effort past Rui Patricio having found himself in space in the box.

West Ham make another appearance on this list, but this time they’re on the receiving end.

It was a ruthless Liverpool counter-attack and one that effectively killed the game off. The Reds had a 1-0 lead with 25 minutes left to play and found themselves defending a corner.

It failed to beat the first man, with Andrew Robertson nodding it away and the ball ended up at the feet of Trent Alexander-Arnold. After steadying himself, he launched the ball to the opposite flank and into the path of Xherdan Shaqiri.

Without needing to take a touch, the Switzerland international floated a pass over Coufal and into the space for Salah to attack. The prolific forward took one touch to set it before poking it with his left foot beyond Lukasz Fabianski.

This goal was the icing on the cake for Man City who rocked up to the home of the champions and hit them for four. The visitors played their way out from the back and dragged Liverpool from right to left before Gabriel Jesus found Foden in acres of space on the right again.

The England international carried the ball into the box and unleashed a venomous left-footed effort past Alisson before he could react.

The goal sequence map shows how patient Pep Guardiola’s side can be when in possession. They exchanged passes in their own half before going through the gears in the middle third. The visitors went deep into the Liverpool half, attacking the right-back area before resetting in the centre.

This particular goal is from back in the 2018/19 season when Liverpool and Man City went all the way, finishing on 97 and 98 points respectively.

Just after the New Year, Liverpool travelled to the Etihad for what was dubbed an early-season title decider. The Reds got back on level terms with perhaps the best goal of the Jürgen Klopp era.

Their system is heavily reliant on the full-backs and for them to be effective, they tend to create overloads on one flank before switching the ball to the other. They did that on multiple occasions in the build-up to this goal, dragging City from side to side before Alexander-Arnold found Robertson at the back post. He played the ball across the face of Ederson’s goal and Firmino was there to nod it in an unguarded goal.

If Klopp and his coaching team could’ve designed a goal, it probably would’ve looked eerily similar to that.

Goal sequence visualisations could be an invaluable tool for opposition analysts in identifying patterns of play and spotting themes. It can also be an asset for analysts looking to highlight how effective a particular tactic has been for the team.