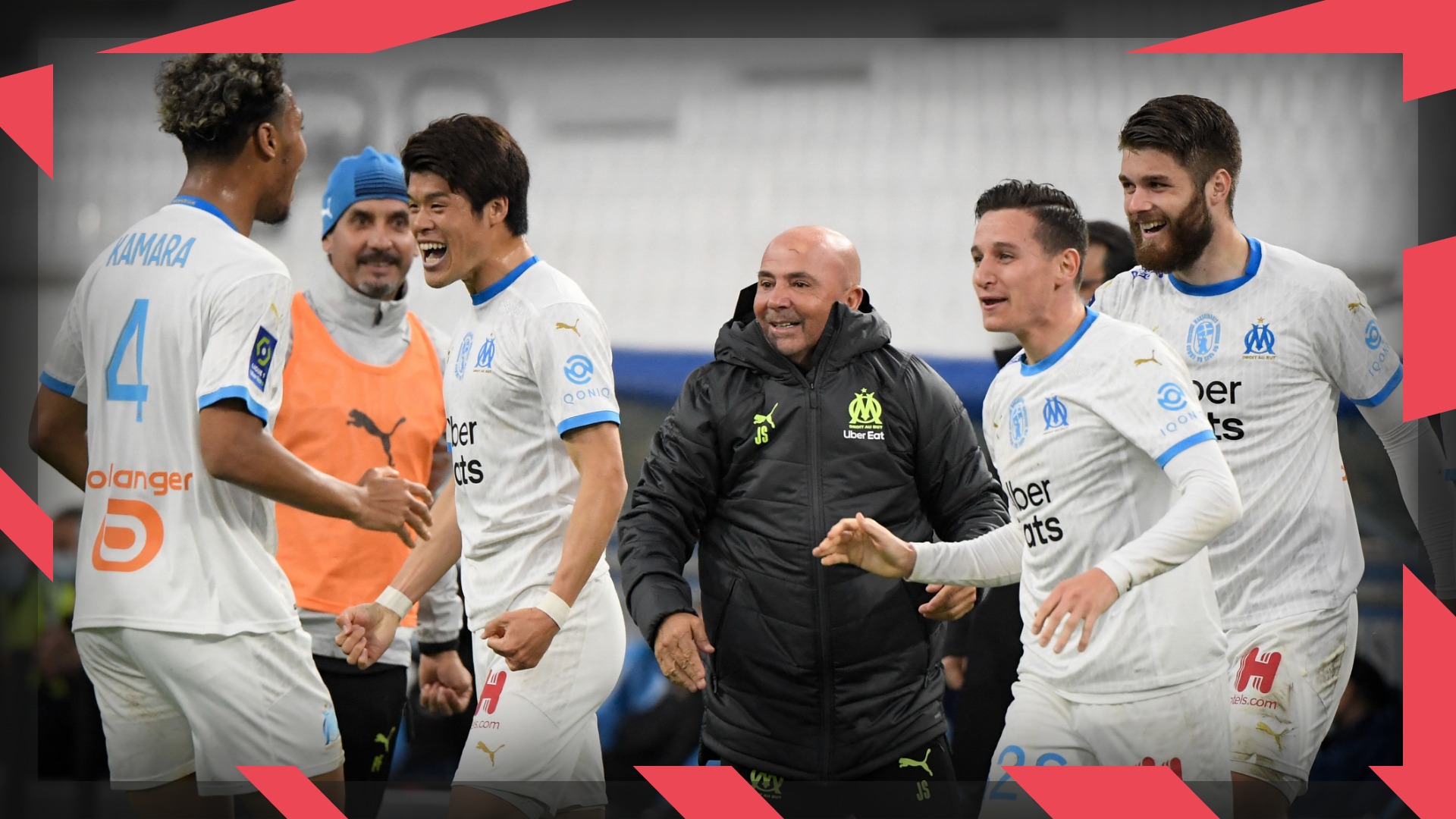 Marseille’s decision to hire Jorge Sampaoli was a bold one. It’s only the second time that the Argentine tactician has taken a job in Europe and the first, a single season with Sevilla, wasn’t deemed a success.

They finished fourth in LaLiga and were knocked out of the Champions League by Leicester City. The Andalusian side struggled to replicate the system used by Sampaoli during his time as Chile manager. Only three teams in the top ten conceded more goals than the Sevillistas (49).

He resigned to take over as the manager of the Argentine national team and after a year in what he described as his “dream job”, Sampaoli made the move to Brazil, where he took charge of Atlético Mineiro.

Not only was it a bold appointment by the French side, but it was also a risky one.

So far, so good, though. Sampaoli is the first Marseille coach to win his first two league games since Élie Baup in 2012. Since he took the reins, OM are the only team to take maximum points. Granted, the sample size isn’t the largest, but there’s been a clear shift in the way the team are playing.

Though christened a Marcelo Bielsa “disciple”, the Marseille manager is quick to point out that he isn’t trying to rip off his idol’s style: “For many managers, Marcelo Bielsa is a reference point and for me especially so. I have followed each one of his teams and I feel ideologically close to him in terms of playing style. But I don’t intend to try to imitate him.”

There are differences and similarities. We’ll start with the former.

Leeds United rank first in the Premier League for passes per defensive action (PPDA). This metric is often used to highlight the team with the best press, though it can also just point out which team is more aggressive without the ball.

OM, however, aren’t anywhere near as proactive in trying to regain possession. In fact, since Sampaoli’s appointment, their PPDA has risen from 11.05 to 13.17. Again, it is worth reiterating that the sample size is small and this isn’t a predictor for what could happen, it just highlights what has happened so far.

Marseille have switched up their system in their last two outings, favouring a 5-3-2 shape. The big surprise is the use of Florian Thauvin. The Frenchman is arguably OM’s biggest goal threat, yet he has been deployed as a right-sided centre-midfielder.

Arkadiusz Milik leads the line with Dimitri Payet supporting him. It’s clear that Sampaoli wants his output players in more central areas. In the 3-1 win over Brest, Milik and Thauvin scored while Payet claimed an assist. Stating that it’s a success already would be premature, but the plan, so far, is delivering the desired results.

Marseille’s expected goals per 90 are up while their expected goals against average is down. They’ve been defensively solid while managing to carve out high-quality openings, despite the fact they’re averaging an identical number of shots. Interestingly, OM are assisting three more shots on a per 90 basis. Under Andre Villas-Boas, this figure was around 5.2 while it now stands at 8. You can’t make assumptions off that metric alone, but it does suggest the attack is functioning better than it previously was. They aren’t as reliant on individual brilliance.

In general, Sampaoli’s men are averaging 30 fewer passes per 90, but six more passes into the final third. This is where the similarities between OM and Bielsa’s Leeds United are. The two teams like to get bodies forward from central parts of the pitch. They’re both direct, though not in the lump it to a centre-forward sense. It’s all about getting the ball to the No.9 and ensuring he has players around him.

The shift in style is evident in their passing network. Under Villas-Boas, the centre-forward was rarely involved and the wide forwards were tasked with staying high and wide. In Sampaoli’s system, the wing-backs keep the width and they’re supported by the midfielders. It’s all about passing options and ensuring players aren’t isolated.

They very much attack as a team and defend as one. It goes some way to explaining why three of the four goals scored by OM since the appointment of the 61-year-old have been scored by midfielders popping up in the penalty area. This fluidity will be instrumental in their success under Sampaoli. Watching how they develop as a team will be one of the most intriguing aspects of Ligue 1.