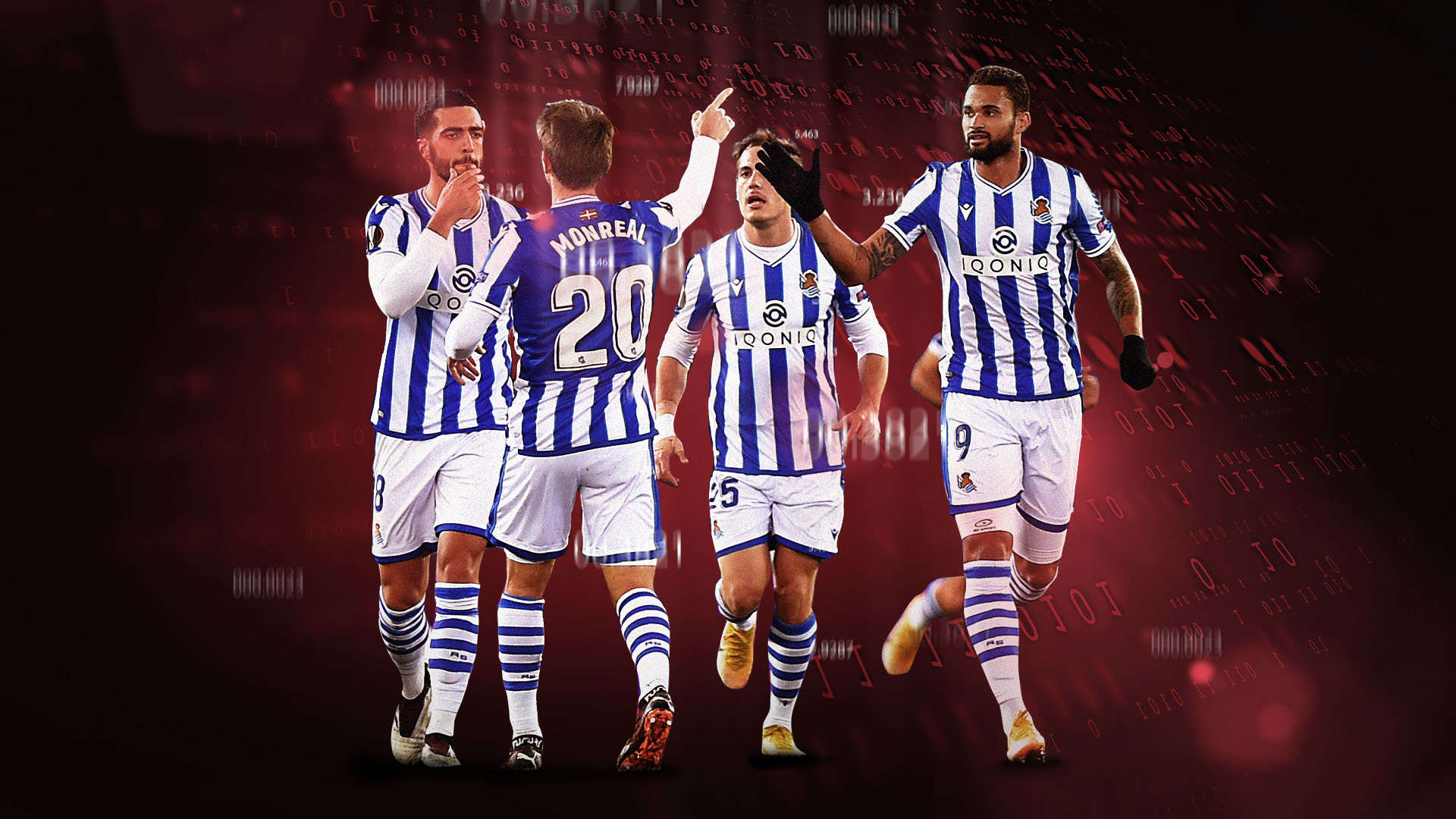 We’re a third of the way through the 2020/21 LaLiga season and it’s safe to say very few people would’ve envisaged Real Sociedad vying for top spot at this stage. La Real finished sixth courtesy of goal difference last term but were closer to ninth than they were to fourth in terms of their points haul.

They made one of the surprise signings of the summer when they snatched David Silva away from Lazio at the very last minute. Imanol Alguacil’s side also managed to keep hold of Willian José, Mikel Oyarzabal, Alexander Isak and former Manchester United winger Adnan Januzaj despite interest from elsewhere.

The Basque-based outfit have managed to assemble an interesting squad. Their mix of experience and potential has blended exceptionally well and they now find themselves near the summit of LaLiga. Granted, they’ve played more matches than most at the top end of the table, but they’ve already amassed 47% of the points they accrued last season and there’s still 65% of the season left to play.

At the time of writing this, Real Sociedad’s current rate of two points per game would see them would finish the season on 76 points, a total that all but guarantees a top-four place. Over the last decade, they’ve finished in a Champions League position on just one occasion.

No team in Spain’s top flight have scored more goals than Alguacil’s men. Oyarzabal is the top scorer in the league with seven and ten different players have found the back of the net for the team already. Their forward line is, rightly, being lauded. However, their defensive performances have been just as notable. Only Atlético Madrid have conceded fewer goals in LaLiga, but perhaps what is even more impressive is Real Sociedad’s underlying numbers.

Using Twenty3’s exclusive advanced metrics, we can see that they rank first across the top five European leagues for non-penalty expected goals conceded, allowing the opposition just 0.48 per 90. Extrapolate that average over the course of a season and it equals 18.24. While the sample size isn’t the largest, enough minutes have been played to safely say this defensive form is more than just a purple patch.

No other team across Europe has an average of below 0.60 in this particular metric. Real Sociedad are the standout team when it comes to limiting the opposition to low-quality efforts.

This feat is by no means easy. As evidenced in ther average position map, Real Sociedad don’t sit deep. Their positioning is aggressive and they’re comfortable playing out from the back. To exert this level of control and dominance – of both space and possession – they need to be in unison when it comes to pressing and harassing the opposition.

Previously, it would’ve been difficult to quantify this, but as part of Twenty3’s latest release, the passes per defensive action (PPDA) metric has been added to the Toolbox.

The best pressing teams tend to have low PPDA averages. For example, Liverpool and Manchester City both generally allow their opponents fewer than ten passes per defensive action. On the opposite end of the scale you have Newcastle United. Steve Bruce’s team don’t engage with the opposition until they’ve racked up, on average, 20 passes.

Real Sociedads’s PPDA average of 8.18 sees them rank fourth across Europe’s top five leagues this season. Last season, it was 9.57 and they ranked fifth in LaLiga.

The txuri urdin side’s impressive defensive numbers are due to their aggressive approach when not in possession.

It may be a cliché, but attack is the best form of defence, in this instance at least.

If you’d like to learn more about the new Twenty3 Advanced Metrics, or our other products or services, and how they might be able to help you, please get in touch.