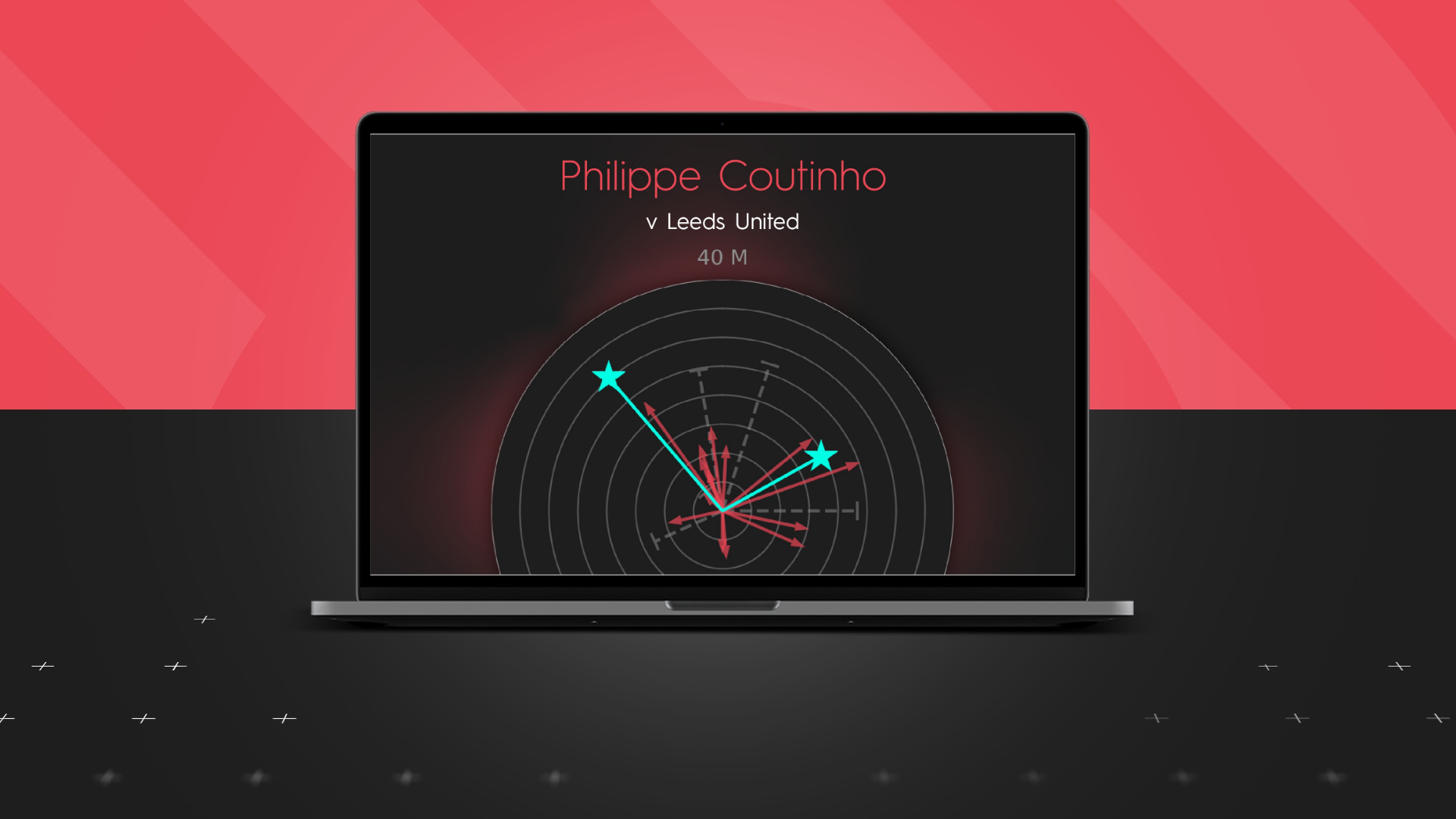 Philippe Coutinho has two goals and two assists in three appearances for Aston Villa following his return to the Premier League.

It is as though the Brazil international never left the English top-flight. Prior to his move to Barcelona in the 2018 January window, Coutinho was playing the best football of his career. He had 12 goals and eight assists in 20 appearances for the Reds across all competitions.

For a variety of reasons, it didn’t quite work out as planned for him at Camp Nou and while his loan spell with Bayern was productive in terms of team success, Coutinho was more of a squad player in Munich.

Now, however, for the first time since his spell on Merseyside, the 29-year-old is free to be Coutinho. Steven Gerrard – having played with the midfield maestro – knows all about his strengths and he has ensured his team are playing to them.

Following the arrival of his one-time team-mate, Gerrard and the recruitment team at Villa Park pushed ahead with the signing of Lucas Digne. Given Coutinho is at his best when he’s able to cut inside, acquiring a marauding full-back to offer an overlap made a lot of sense. The dynamic on that side of the pitch can now replicate that of Liverpool’s when Coutinho struck up quite the understanding with Alberto Moreno.

The game against Leeds United, in which Coutinho was substituted off after 78 minutes having scored one goal and assisted a further two, was the perfect example of how devastating the Villa No23 can be when allowed to naturally influence games.

In the highly entertaining 3-3 draw with Marcelo Bielsa’s men at Villa Park, Coutinho was deployed on the left of a front three. However, as evidenced by his heat map (above) he drifted inside a lot to get on the ball and rarely got chalk on his boots.

Now, one of the latest additions to our perpetually evolving Twenty3 Toolbox is the Passing Compass visualisation. This shows pass volume, pass distance and potential pass preferences. When used in collaboration with, say, a heat map, you can develop a better understanding of a player’s on-ball performance in a certain match. It can help differentiate between position and role within a team.

This one in particular tallies up perfectly. Despite starting on the left, Coutinho’s passes weren’t exclusively infield as you might expect. Due to the fact he was taking up fairly central positions, he was able to play passes to either side and this is when he is at his most dangerous as a playmaker.

When facing his own goal, his passes are short and precise as he looks to retain possession. To his right – when he’s looking to change the point of attack – they are a little longer. His longest pass of the night, however, was played to his left. This was the pass to Jacob Ramsey which was Coutinho’s first assist of the night.

How valuable are throw-ins?

Given the sample size isn’t the largest – he’s started just twice – you can’t read too much into this just yet. Over a period of time, though, you would be able to build up a passing profile using these compasses and a variety of other tools within the Toolbox.

You can also look at how the impact a player has on team-mates. In this instance, we’ll use Emiliano Buendia.

In the two starts prior to Coutinho getting the nod, the above was his Passing Compass. He was heavily involved in play and he was creating chances for the Villans, even registering an assist. He did all of that having started on the left of an attacking three.

Now, however, for the first time since his spell on Merseyside, the 29-year-old is free to be Coutinho. Steven Gerrard – having played with the midfield maestro – knows all about his strengths and he has ensured his team are playing to them.

Following the arrival of the Brazilian, Buendia was moved over to the right-hand side to accommodate the one-time Inter Milan man. This has had quite an impact on the No10’s output.

Shifted to the right, his involvement has waned and his pass selection has become a little more predictable, with the many going infield. Again, this is a fairly small sample size so it is premature to jump to conclusions, but it is noteworthy and something to definitely keep an eye on.

Passing Compasses give you a snapshot of a passing profile and from an analytical point of view, they can be invaluable.

For example, does the left-winger take up central positions before then playing passes into the area he’s recently vacated? If so, how do you go about stopping them? Does the deepest midfielder for a team prefer to pass to one side?

How can you leverage this information? In the right hands, it is a useful tool. Just like Coutinho.

In this article, we used Wyscout data; all graphics were produced in the Twenty3 Toolbox.