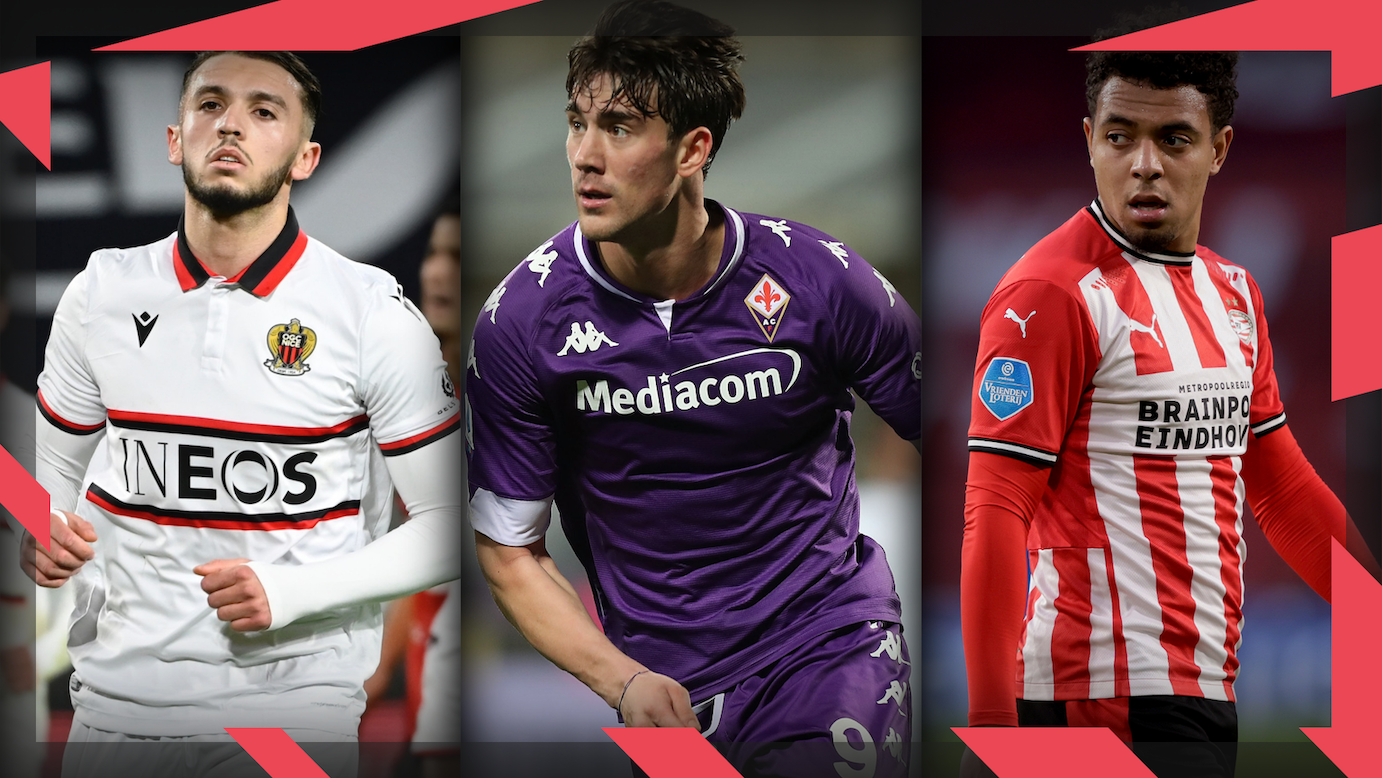 A number of players have used the 2020/21 campaign to announce themselves to the larger audience.

Sam Tighe penned a piece last month for Twenty3 looking at five surprise stars from this season. This list included Pedri, a player in his debut season for Barcelona, Weston McKennie, someone who upped his game following a move to Juventus, and Milan Škriniar, a centre-back who is now playing arguably the best football of his career for Inter Milan.

The three aforementioned players all impress on the eye test. Others, however, are going somewhat under the radar.

A deep dive into the Twenty3 Toolbox and the numbers helped identify three players who are quietly going about their business having made the step up this season.

Gouiri falls into this category.

The 21-year-old made the move from Lyon to Nice in the summer for a fee believed to be in the region of £6million. The fleet-footed Frenchman was barely used at the Groupama Stadium after sustaining a cruciate ligament injury in August 2018. It kept him out until the end of the 2018/19 campaign and he made just one Ligue 1 appearance last term.

Nice are having a disappointing season, but Gouiri is one of their shining lights.

He’s on 12 goals for the season, a total which sees him rank sixth in the French top flight. Despite their struggles, Les Aiglons are managing to get the best out of their No.11. Gouri ranks well when looking at shots attempted and touches in the opposition box, too. Everything about his output appears to be sustainable.

With 18 goal involvements, per Wyscout, the former Lyon attacker has had a hand in 44% of the goals scored by Adrian Ursea’s team.

Fiorentina have helped develop some of the best strikers in Serie A history. From Gabriel Batistuta to Roberto Baggio to Luca Toni, the Stadio Artemio Franchi has been home to them all.

The club’s latest No.9 could soon be thought of in a similar vein.

The 21-year-old is into his second full season as a starter, but his first as the main man.

His return of 16 goals in Serie A can only be bettered by Simy, Luis Muriel, Romelu Lukaku and Cristiano Ronaldo.

The Serbia international ticks all of the boxes for a modern-day centre-forward. He’s slightly overperforming his expected goals total of 13.4, but he is on penalty duty.

One thing to note is that his return isn’t reliant on volume. He’s netted 16 times from 70 shots. For context, Rafa Mir of Huesca has 12 goals from 84 shots and Lautaro Martínez is currently on 15 from 83.

Those who can be impactful while also being frugal are invaluable to certain teams.

Finally, a look at the only player aged 24 or under to have taken more shots than Kylian Mbappé this season.

Injury derailed the Dutchman’s 2019/20 season after what was an explosive start. The former Arsenal youngster had scored 11 in 14 before a knee injury ruled him out for the rest of the campaign.

He’s more than making up for lost time now though. Malen has 17 goals to his name this term and, as evidenced by his shot map above, opposition defenders are struggling to contain him.

The 22-year-old always seems to be in the right place at the right time; it’s perhaps why he’s racked up the second-highest number of touches in the box of players aged 24 or under, only 18 fewer than Mbappé.