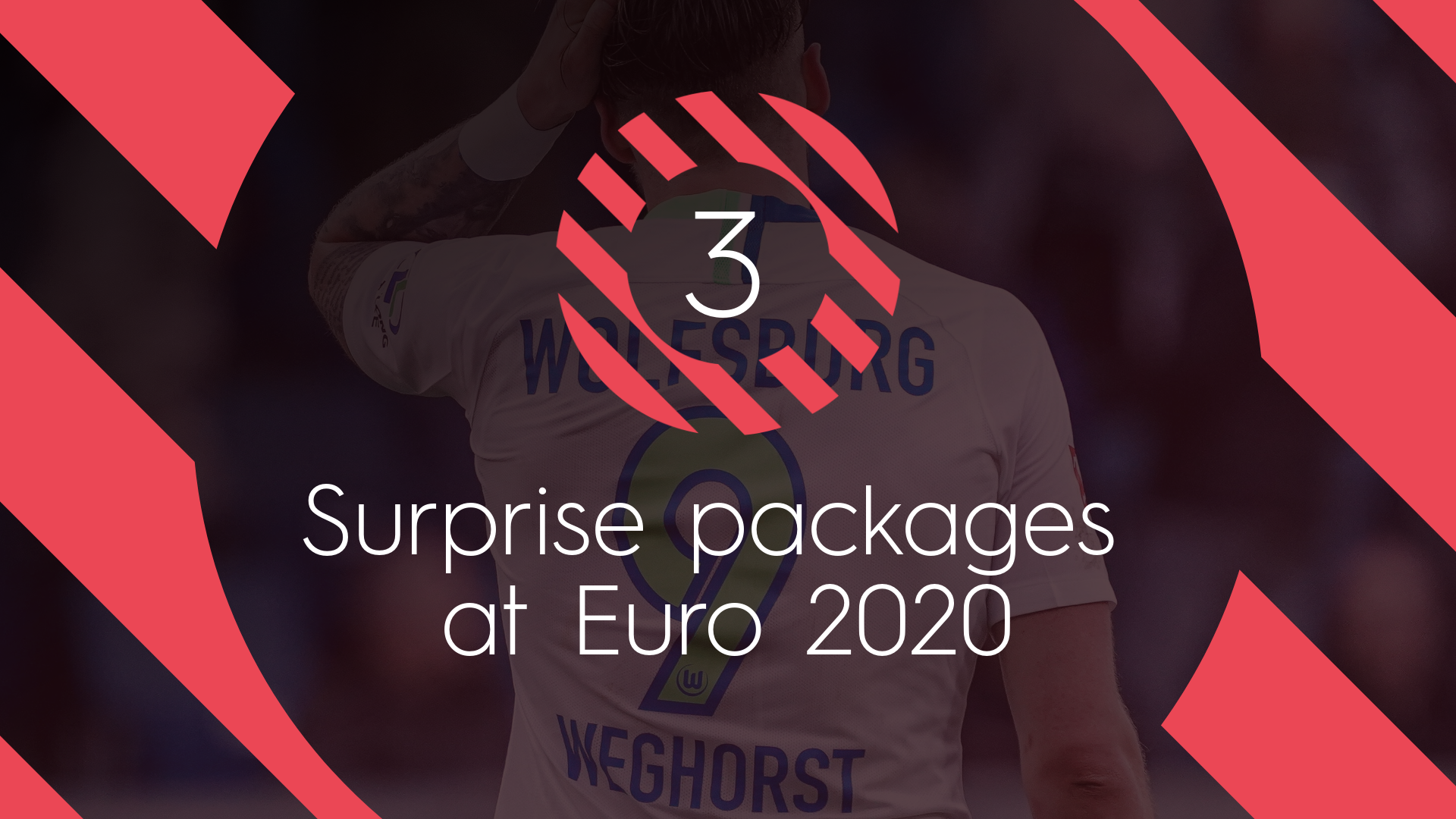 Euro 2020 is finally here. There have been previews galore, features on ones to watch – we’ve done one ourselves – and plenty of propaganda heading into the delayed summer tournament.

We felt as though one particular group hadn’t been given the attention they deserve.

You know the players we’re talking about. When you scan a squad list, spot a name you aren’t entirely familiar with and proceed to be amazed by their stats? Yeah, them.

Wolfsburg snuck into the Bundesliga top four last season, finishing just four points shy of runners-up RB Leipzig. They quietly went about their business, going on an 11-game unbeaten run to kick off the season. Upon returning from the mid-season break, they lost to Borussia Dortmund before they went on a nine-match streak without defeat.

Those two runs got them into a good position and they did enough in the final phase of the season to pip Eintracht Frankfurt to fourth spot.

Key to their success was Wout Weghorst. The 28-year-old had his most prolific season in the Bundesliga, netting 20 times. As evidenced by his shot map above, he’s a penalty box poacher.

He presses well, too, making him quite a unique proposition for opponents. You rarely see 6ft4 strikers who cover the ground like Weghorst.

In the recent warm-up match, it was him and not Donyell Malen who partnered Memphis Depay in attack. Though all eyes will likely be on the soon-to-be-former Lyon star, it could be the man beside him who helps fire Frank de Boer’s men into the latter stages of the competition.

The one real shock announcement in the Italian squad has to be Raspadori. When named, he’d not made his debut for the national team. He’d only appeared in 39 Serie A matches for Sassuolo and he only really kicked on in the final few months of the 2020/21 campaign.

The 21-year-old scored six times in his final nine outings to catch the eye of Roberto Mancini. He got the nod in the squad ahead of Matteo Politano as the third-choice forward behind Ciro Immobile and Andrea Belotti.

Taking an inexperienced but in-form player can be a gamble. But given he’s playing on instinct right now and everything is falling his way, it could be a risk worth taking. His shot placement map is a thing of beauty.

To say Raspadori likes to hit the corners would be a bit of an understatement. It’s the manner in which he does so that really catches the eye. He’s often calm enough, no matter the situation, to pick his spot. An invaluable trait to have as an attacker.

Last but not least, Doku.

There was recently a feature in The Guardian on how the Rennes winger turned down Liverpool as a youngster. He wanted to be playing first-team football at Anderlecht and he appears to have been vindicated in his decision.

Signed by the Ligue 1 side to replace Raphinha in the summer, the 19-year-old ranked first for dribbles completed and second for dribbles attempted in the French top-flight. He’s one of the most exciting talents in Europe right now, even if he’s currently lacking the final product, with an expected goals per 90 average of 0.11.

However, as an impact player, there might not be many at the Euros who can be as effective as the explosive winger. His unpredictability is going to petrify defenders late on and his mere presence could be enough for Belgium to carve out openings.