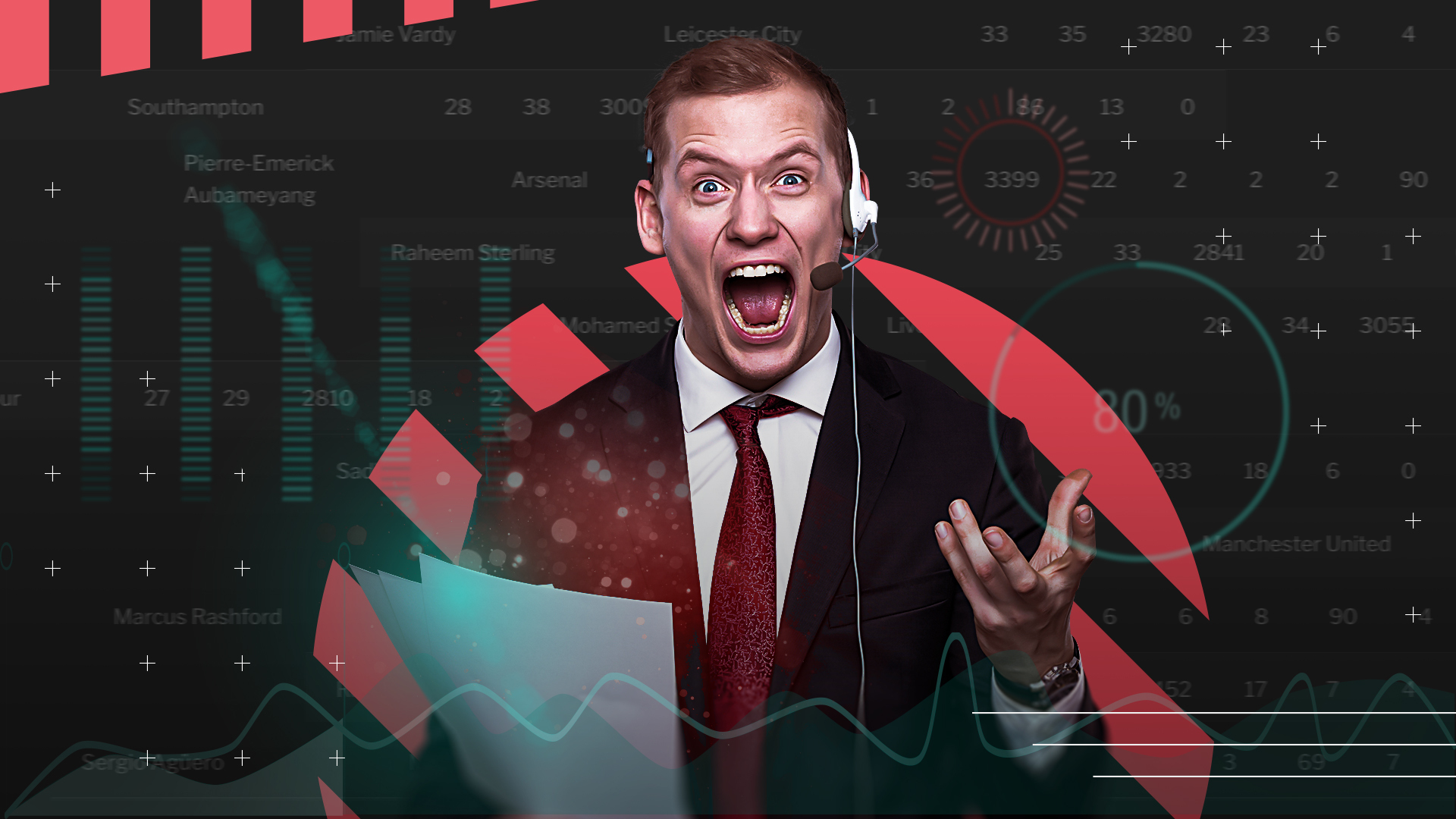 It can be difficult to be involved in football statistics and not sound like you’re recruiting for a cult.

“Expected goals will change your life. It’s the true way to live. Pay me some money for my data feed and expertise and I can show the way to enlightenment and inner peace.” Actually, scratch the inner peace. Even stats can’t give you that.

But for many jobs in and around football, a little bit of data would thoroughly brighten up your life.

Our opinions tend to get skewed by big events, things that just happened, or by our own opinions that we lock ourselves into. Data, if it’s used right, can be a vital balance to this. It’s not a case of ‘the numbers’ being right or wrong, but of it offering a view that might nudge our own thoughts.

Humans are fallible. Datasets are fallible too, but, to take one example, at least they don’t forget things. Data never forgot where its keys were, and similarly football data doesn’t forget about what happened in the first 15 minutes of a match that’s approaching its final stages. People do.

When watching a game of football, each second that passes is a brushstroke on a canvas, and the good artists take a step back to look at the larger picture. Just simple bits of data, numerical notes, can give everyone — coaches, commentators, journalists, fans — a helping hand with this.

None of it needs to be technical or complicated or even necessarily ‘insightful’. It just needs to show what happened.

What these numerical notes are would change from person to person, role to role, but there are probably some consistencies. What are the keys of football? Chances, territory, the networks among a team’s players.

Perhaps you’d have an expected goals shot map, annotated with the times of the shots. Maybe there’d be something else showing a wave of how much territory each team has had throughout the match. And some visualisation showing the patterns of passing of a team as it flows around the pitch could be a neat addition too.

Everybody having this kind of information to hand wouldn’t be flashy enough to be called ‘revolutionary’, but the amount of times that people could be reined in from distractible or forgetful thinking would be quietly very significant.

But, if you’re still doubting the impact, try staying a sceptic next time you’ve lost your keys and are locked out of the house. Data never forgets.