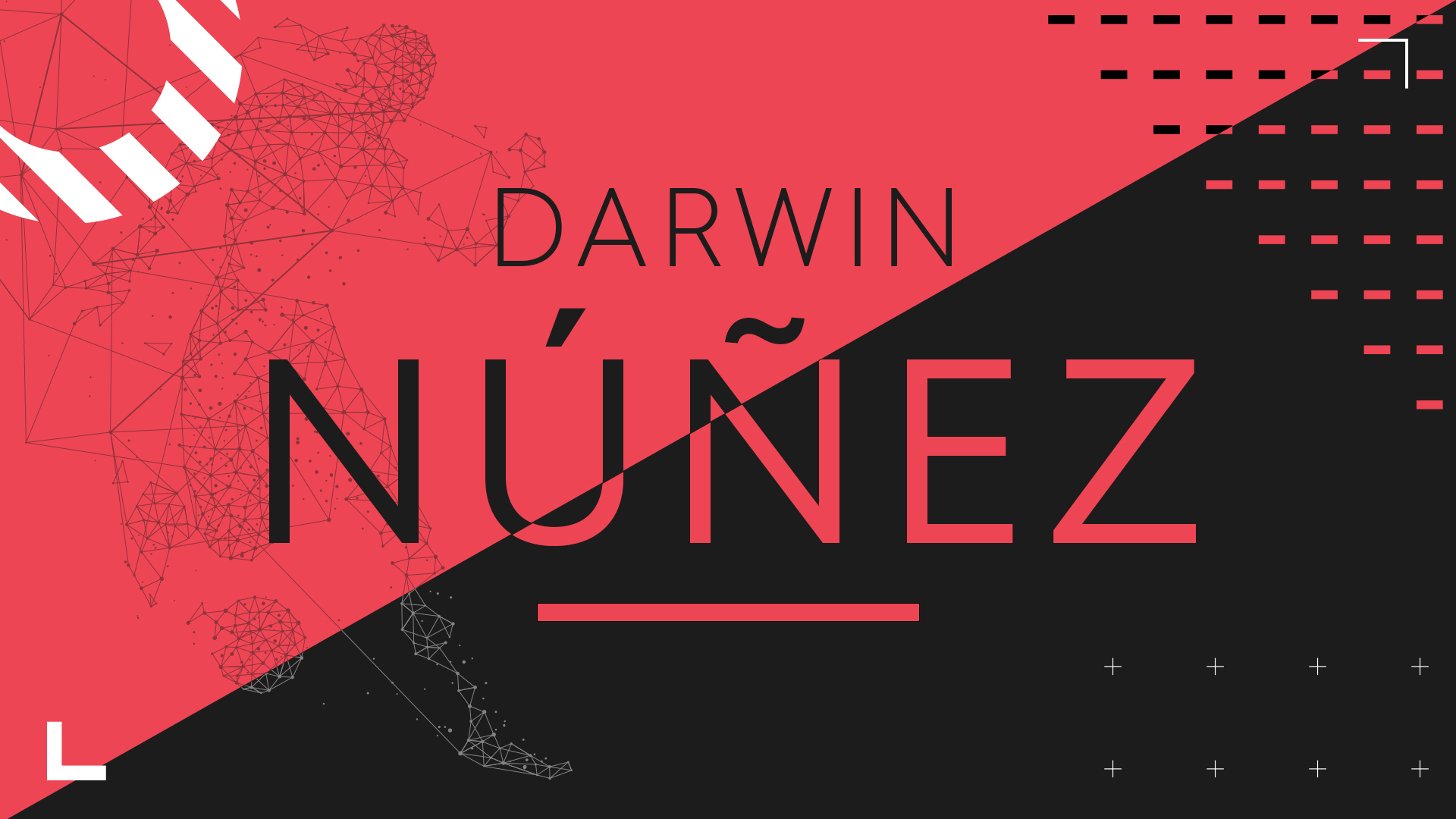 Liverpool don’t tend to go big in the transfer market, but when they do, they do so for a reason.

The Reds have parted with over £65million on two occasions – the first to bring in Virgil van Dijk from Southampton before they repeated the feat six months later when they signed Alisson Becker from Roma.

The 2022 Champions League finalists look set to add Darwin Núñez to this exclusive list having agreed to spend an initial £65million on the Benfica forward. This figure could rise to £85million if clauses are met, though it is unlikely the Merseysiders will mind as it would mean the Uruguyan striker has been a success at Anfield.

But why have Liverpool moved away from a transfer formula they have had great success with under Jürgen Klopp?

Sadio Mané, Mohamed Salah, Diogo Jota and Luis Díaz were all sub-£40million and all were instant successes. The price tag tempered expectations and perhaps made the adaptation period a little easier for the players. Núñez does not have that luxury. There are certain expectations that come with such a transfer fee, fuelled no doubt by media and rival fans. It happened with Alisson and van Dijk.

The Reds must have complete confidence in the 22-year-old’s ability to deal with the hype and justify the price tag, and why wouldn’t they?

The 11-cap international has battled back from serious injuries, he scored 16 times in the  Segunda División as a 20-year-old with Almeria before Benfica made him their most expensive purchase. After a season of transition, in which he scored 14 goals in all competitions, Núñez scaled his game to new heights last term and racked up 29 goals across the Primeira Liga and the Champions League. He was by no means a flat-track bully either, scoring in the Lisbon derby as well as in games against Barcelona, Bayern Munich, Ajax and Liverpool.

However, we wanted to delve a little deeper into these numbers, so the Content Toolbox was put to work.

For starters, how does game state impact his output? Well, an interesting stat is that just 38% of his goals arrived when Benfica were already leading. That means 62% of his total haul arrived when The Eagles needed a goal. It might not be necessarily as black and white as that but it does help paint a picture of the type of player Núñez is.

Now we’ll move on to the type of goals he is scoring.

Núñez averaged 2.89 shots per 90 across both competitions last season and the majority of these efforts seemed to originate from the left half of the penalty box, with only a handful coming from the right.

Núñez favours his right foot with left-footed efforts accounting for just 9% of his expected goals haul.

However, he is fairly accurate when using his weaker foot. He landed 70% of his left-footed attempts on target and scored on four occasions.

Núñez might not use his left foot often, but when he does he’s fairly efficient.

The same cannot be said for his stronger side.

He is partial to efforts from distance and can be a little wasteful, with just four of the 24 shots hitting the target from 18 yards or more. In the box, the Uruguayan is a lot more proficient and this is a huge reason why he finished the 2021/22 campaign having landed 52% of his efforts on target.

In the air, Núñez puts his 6ft2 frame to good use.

He is not overly reliant on crosses into the box to be at his effective best, but when there is an opportunity he, more often than not, makes the most of it.

Núñez scored five headers during his second campaign with Benfica and hit the target with 53% of his aerial attempts. He will likely get more opportunities to show this skill off with Trent Alexander-Arnold and Andrew Robertson servicing him.

All in all, he is something of an all-rounder with all types of finishes in his locker. It is no wonder Liverpool are willing to break the bank to sign him.

Though at first glance it does appear to be a steep fee, it is the going rate for strikers with ability and potential of that age. 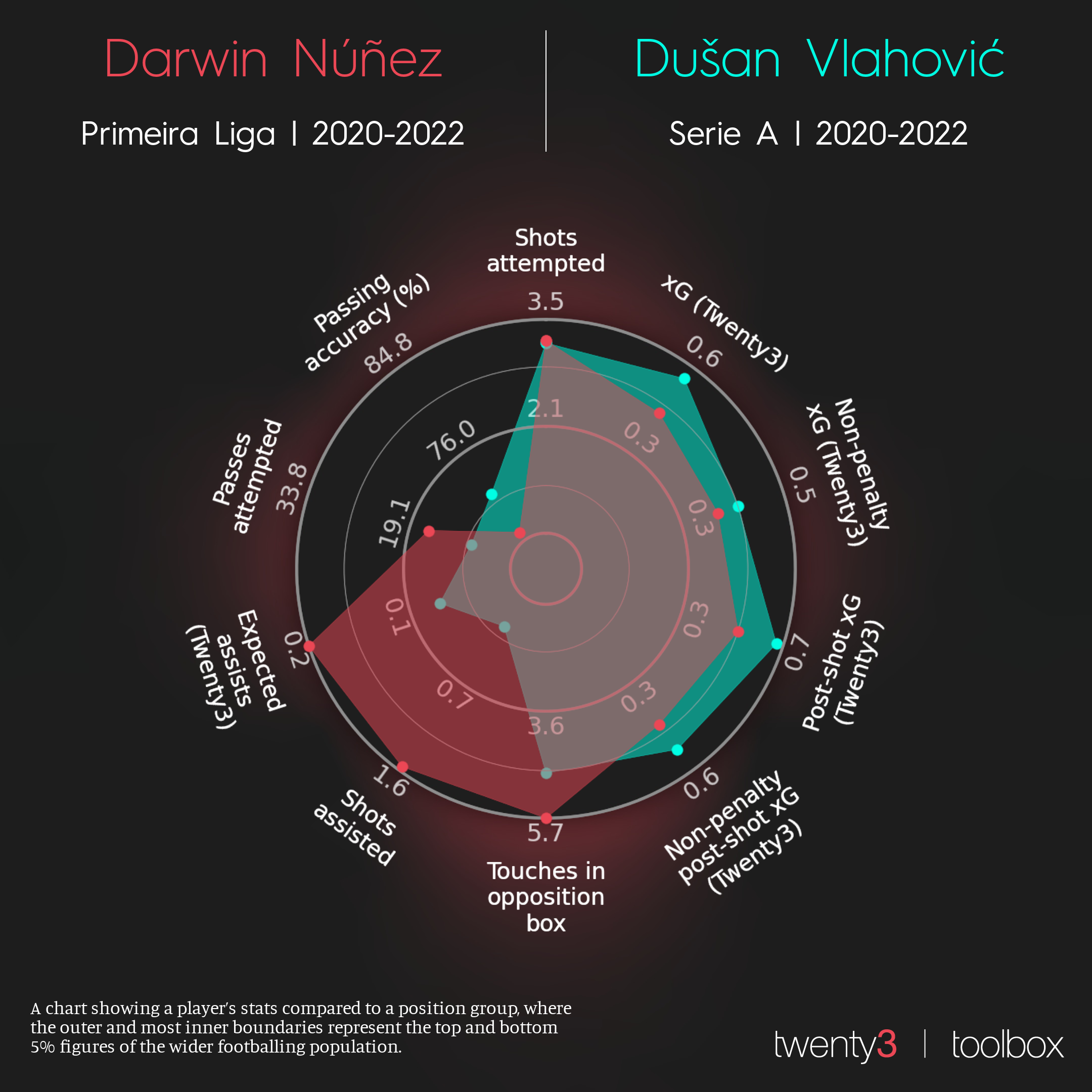 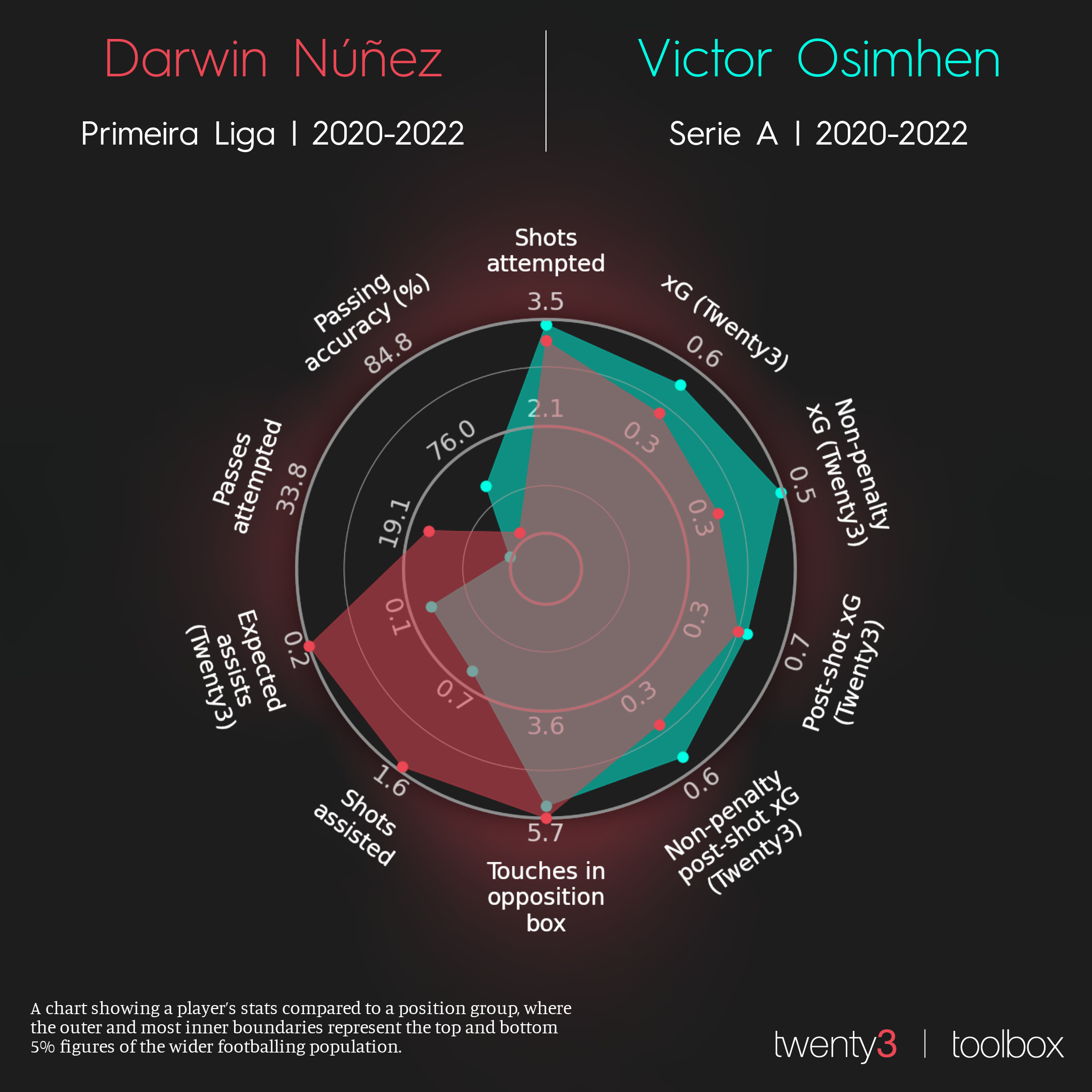 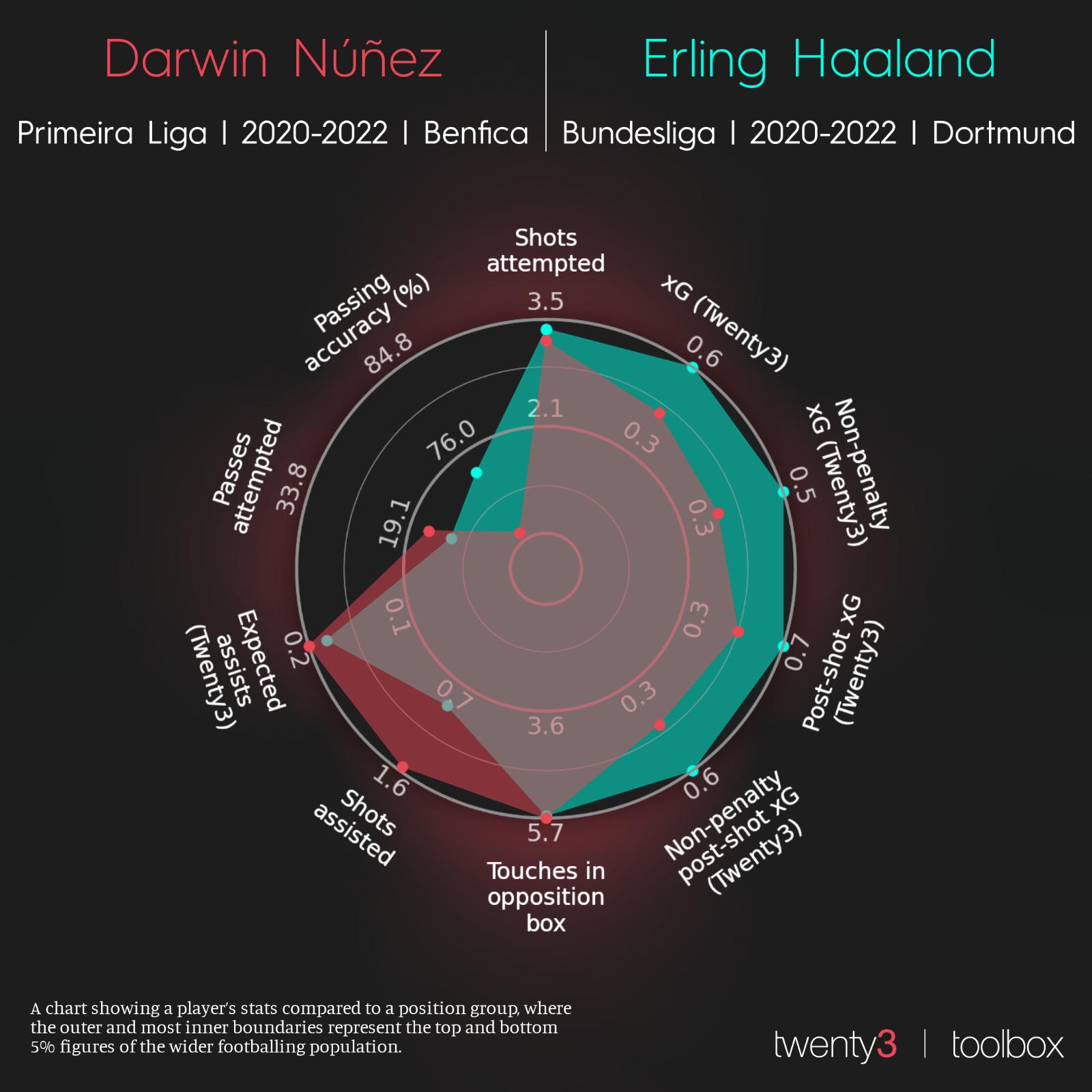 Dušan Vlahović went for a reported £63million when he joined Juventus from Fiorentina in January. Victor Osimhen cost Napoli £68million when he made the move from Lille in 2020. Manchester City paid an initial £51million for Erling Haaland, though there are some agent fees that need to be factored into the final balance. Tammy Abraham has a clause in his Roma deal that could see him return to Chelsea for £68million.

You get the picture, though. Young goalscorers cost big money.

There is no reason why Núñez could not be another Alisson or Van Dijk for Liverpool.