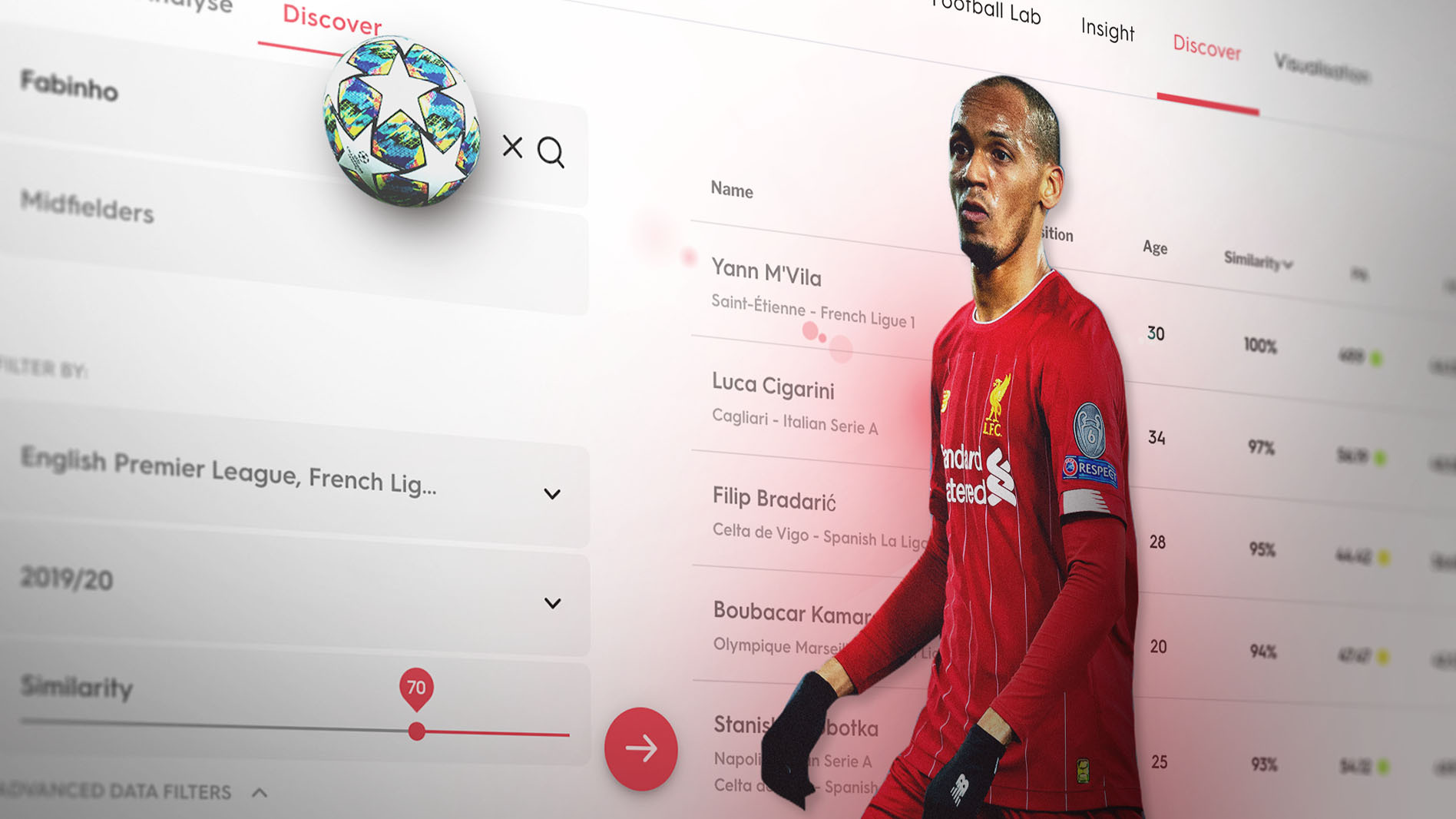 Imagine the scene. You’re going shopping. You’re walking through the supermarket (mask on, hands sanitised). You’re approaching the fruit and veg aisle and you look down at your shopping list.

Tomatoes. You want some tomatoes so you can make a nice pasta sauce. And if the store’s all out of tomatoes, you could get tinned tomatoes, passata, or just a jar of something ready-made. It’d be much easier to work out what an adequate replacement is if you’d written down ‘tomatoes’ than a complicated description of the various features of the fruit.

The easiest way to find a replacement – or something similar – to a thing you like, is to use that original thing as a base. Five paragraphs and a ‘footballers as fruit’ metaphor in, we get to the meat: Twenty3 are bringing out a player Discover feature that does just this.

It’s simple. Choose a player you want to find similar options to, and the statistics of theirs that you want to compare (we don’t need to know who’s similar to Messi’s aerial duels), and then the leagues and seasons you want to search in.

You can narrow the search even further by age, position, dominant foot, position, and you can go directly from the search to their full stats elsewhere in the Twenty3 Toolbox.

Find out how the Twenty3 Discover tool can help your team

So for Matt Doherty, we can use his expected goals, expected assists, and aerial duels won and attempted (Wolves’ out-ball to him was a key feature) and get PSV right-back Denzel Dumfries.

These aren’t the only statistics you’d look at for a wing-back of course, but they’re the ones to be focusing on when trying to identify a player with Doherty’s unique set of skills. In the Analyse page of the Toolbox, we can see that Dumfries was a little more active defensively but a little less successful in his defensive actions than Doherty was, in their respective leagues. Their defensive action areas are similar, too.

For Havertz, Leverkusen will surely want a replacement of a similar age. Limiting to 23-year-olds or younger, and Havertz’s expected goals, expected assists, and passes received (to see how involved they are in play) we get Donny van de Beek on the list. Well, he’s not available. But the wonderfully named Luis Sinisterra is.

The 21-year-old Colombian plays on the opposite flank at Feyenoord to Havertz, but he flits around the box creating chances in a similar way.

Milan’s Ismaël Bennacer pops up as a highly-similar player to Højbjerg using the new-Spurs man’s defensive actions, interceptions, ball recoveries in the opposition half, and final third passes attempted. Southampton are unlikely to be able to tempt him over. However, Union Berlin’s Robert Andrich or Real Sociedad’s Ander Guevara might be worth looking at.

Reader, you may well be sat reading this and weeping that I’ve missed what makes Højbjerg, Havertz, or Doherty so special. That’s perfectly fine, because the Discover tool lets you choose which statistics you use.

So go forth, find the right ingredients, and create the team or pasta sauce that you want.

If you’d like to learn more about our new Discover tool and how it could help your team or organisation, don’t hesitate to get in touch.