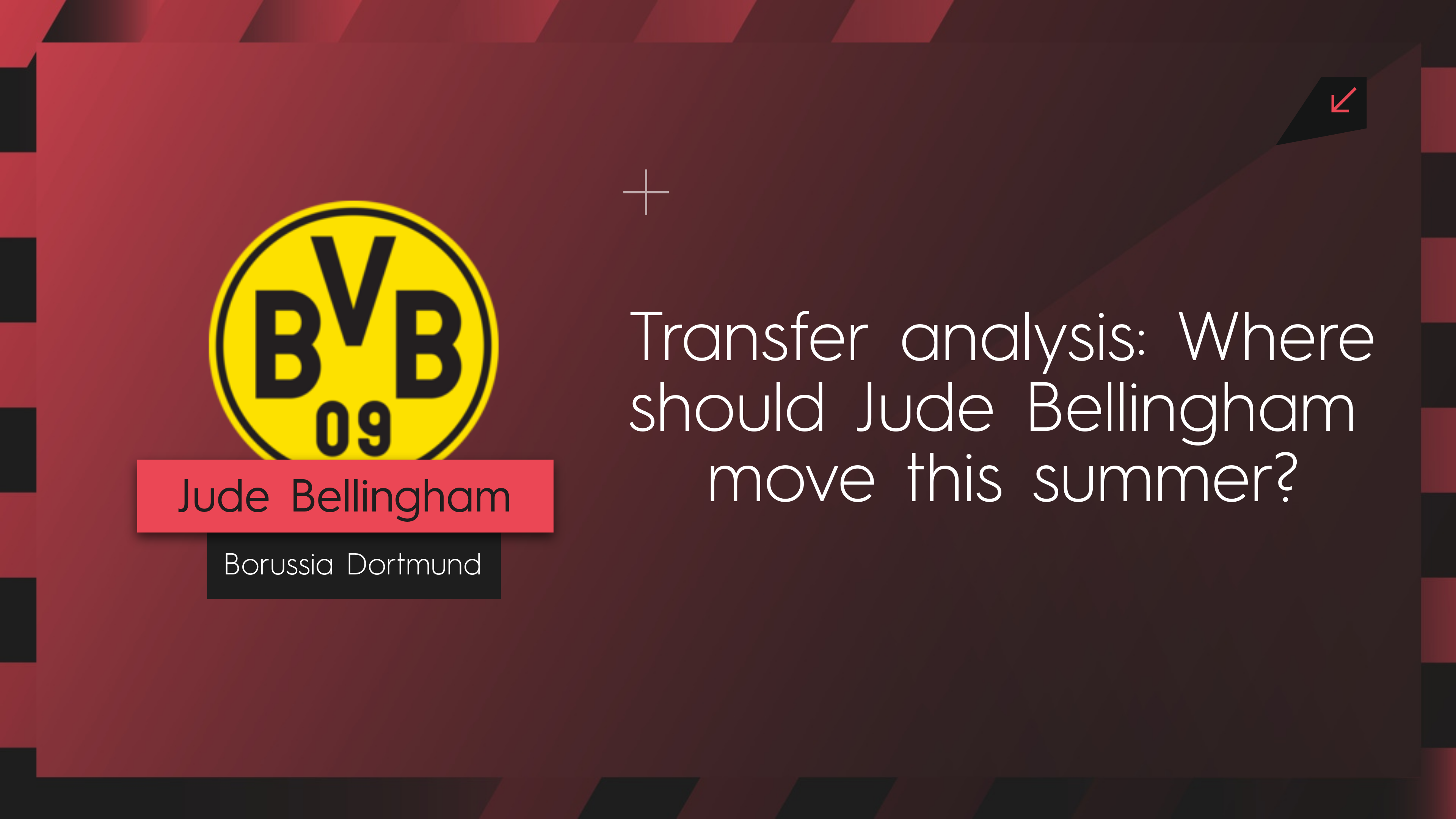 No player is likely to attract quite as much attention this summer as Borussia Dortmund’s Jude Bellingham.

The 19-year-old had already turned plenty of heads prior to his World Cup campaign with England, and his performances with the Three Lions have only increased a sky-high reputation.

He has already been linked to Liverpool, Real Madrid, Manchester United and Manchester City – and their interest will have only intensified with the player reportedly set to turn down a contract extension.

We used the Twenty3 Toolbox to determine which destination would be the best fit for the Englishman.

Bellingham plays on the right-hand side of a double-pivot for Dortmund.

He is a welll-rounded midfielder, actively engaged in the game both in and out of possession, as evidenced by his Bundesliga heat map.

He is a marvel in possession, where he has completed 58 dribbles and won the most attacking duels in the German top flight (102).

The 19-year-old’s attacking adventure has been rewarded with four goals and two assists this season, illustrating his intelligence in and around the box.

His passes made network demonstrates his capacity to either progress the ball or recycle it.

In addition, Bellingham is also keen to play through-balls into his forwards, so far completing 12 from 31 attempts.

He is also very active defensively, averaging 5.15 interceptions and 4.15 defensive duels per 90 minutes.

Alongside his varied skill set, Bellingham boasts leadership and maturity, which he has exhibited on both the international stage with England and at club level as captain of Dortmund.

Any side he joins should maximise his time on the ball and provide a platform on which he can take responsibility.

Say no to Liverpool?

Ever since Bellingham switched the blue of Birmingham for Dortmund’s yellow, it seems Liverpool have been monitoring his performances.

But the Reds are showing signs of serious struggle this season, and they currently languish in ninth.

Bellingham would help solve plenty of issues and would suit Jurgen Klopp’s system, providing a belated replacement for Georginio Wijnaldum.

He would form a midfield trio with elite anchorman Fabinho, 29, and the brilliant Thiago, 31, providing greater dynamism than Klopp’s current engine-room options.

But uncertainty persists at Anfield.

Injuries have taken their toll, new signings have not hit the ground running, and Fenway Sports Group’s eagerness to sell the club will only complicate proceedings.

James Milner and Alex Oxlade-Chamberlain look set to leave, Thiago will have just 12 months left on his contract by the end of the season and Jordan Henderson, 33, is in the twilight of his career.

Bellingham alone will not be enough to turn Liverpool’s situation around. But will the owners be willing to fork out money for further additions on top of the touted fee?

If not, a move to the Reds may not be best for the rising star’s talent.

Some players seem destined to wear the Blanco threads, and Bellingham looks every bit a Real Madrid player.

He would join a squad bursting at the seams with talent. Aurélien Tchouaméni (21), Eduardo Camavinga (20) and Federico Valverde (24) are a stunning group of midfielders.

In LaLiga, Los Blancos have so far amassed 916 attacking third passes, 54 through-balls and have the fewest long pass attempts (617), preferring to keep their passing secure and effective.

Bellingham would likely be given greater licence to break forward in this side, given how they dominate the possession of the ball – perhaps an ideal platform for him to showcase his attacking talents.

Adaptation to a new league, new language and the added weight of expectation would probably prove to be the teenager’s greatest hurdle.

However, he has already faced those challenges once before in swapping England for Germany and has proved he has the tools to thrive in unfamiliar surroundings.

This move could be one too early for Bellingham, though. He is still only 19 and perhaps a bridging club between him and the ‘Galactico’ label would serve him best.

Manchester United look to be on the up under Erik ten Hag and could be an attractive prospect for Bellingham.

The Red Devils were linked with a move prior to his transfer to Dortmund and are reportedly keen on reestablishing that interest this summer.

Ten Hag could be keen to pair the England international with Casemiro, who has taken the league by storm since his arrival.

The Brazilian’s experience and cover – averaging an immense 13.08 successful defensive duels per 90 – would give Bellingham the freedom to flourish.

An Old Trafford move would also give the 19-year-old the chance to link up with Bruno Fernandes. Bellingham’s creative passing from deep could bring the best out of the Portuguese, who would provide a dynamic target for the youngster to hit.

However, Ten Hag may still be set on a reunion with Barcelona’s Frenkie de Jong and could prioritise a move for his compatriot over one to bring Bellingham back to England.

Another club that would be able to facilitate a move would be Manchester City, where he could join former Dortmund team-mate Erling Haaland.

Next season is likely to bring with it a great deal of change, particularly in midfield.

Bernardo Silva has already hinted at his desire to pursue a new challenge elsewhere at the end of the season, while İlkay Gündoğan also seems set on a move away from the Etihad.

Departures for both would leave Pep Guardiola’s side light on numbers, with Rodri, Kalvin Phillips and Kevin De Bruyne as the remaining midfield options.

City boast the obvious draw of working with Guardiola as well as several familiar faces within the squad beyond Haaland.

In the Premier League this season, they have registered a phenomenal 1,184 final third passes – a system that Bellingham would slot into seamlessly.

Of all the teams credited with an interest, City are arguably the most natural fit – and could provide the teenager with the best chance of taking the next step in his promising career.