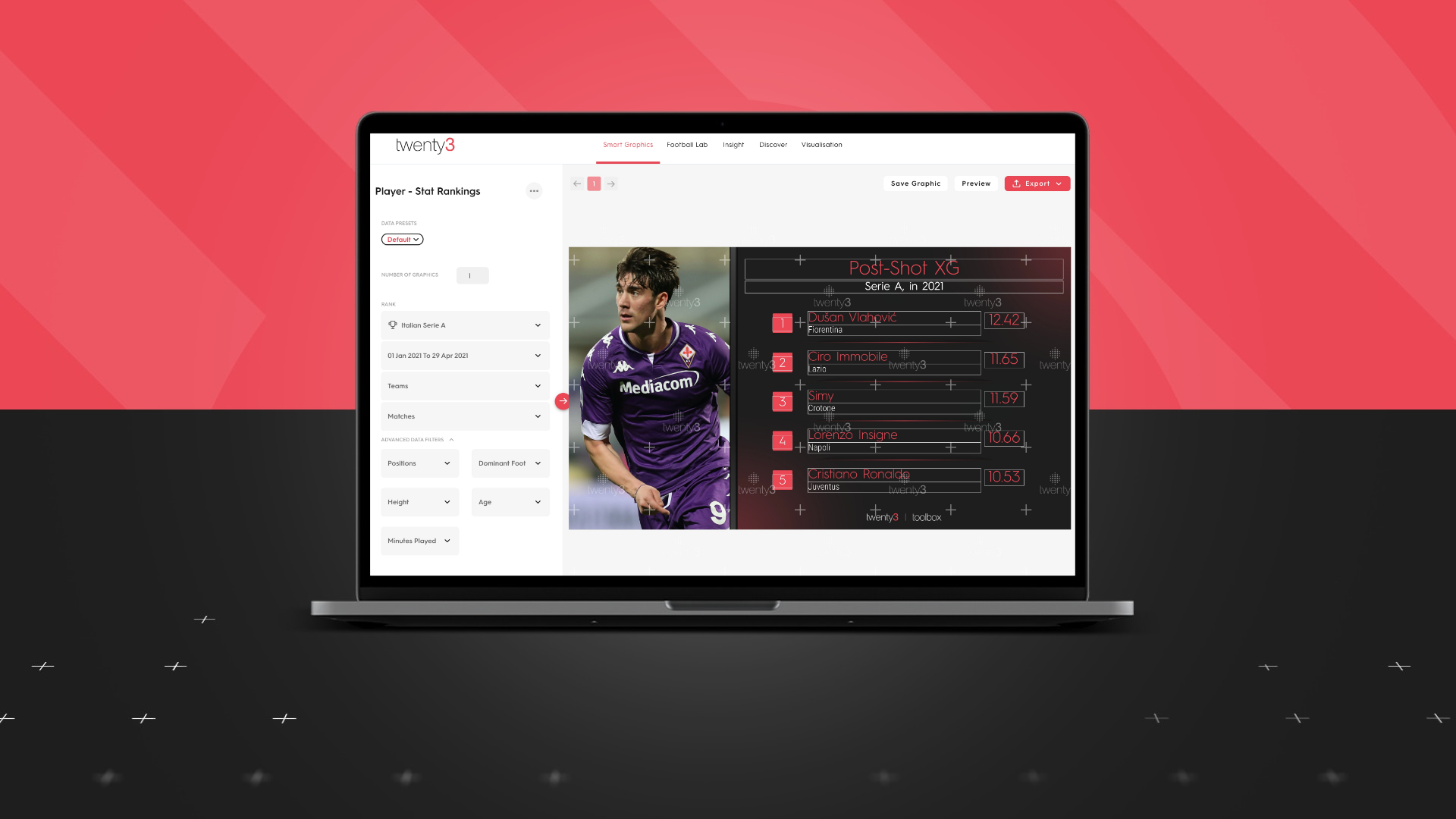 The data boom over the last five years or so has almost forced people to change their way of working. Opinions need to be backed up with stats. News pieces need a sprinkling of numbers for that extra insight. In the blink of an eye, it went from a nice-to-have to a must-have.

In a busy market, people had to adapt or perish. Given there’s no ‘Football Data for Dummies’ book out there, the simple solution is more often than not to throw contextless numbers into an article, purely to tick a box.

The issue, however, is that audiences and readers are now much more versed in the world of numbers. There is a desire to see the bigger picture. In fact, there’s often a demand for it. They don’t just want to know what a player is doing, they want to know the context behind the numbers.

For example, Mohamed Salah is averaging 3.14 shots per 90 in the Premier League this season. That sounds like a lot, but is it? When penning a piece on the Liverpool forward, the instinctive thing to do is to focus solely on the numbers being posted by the 28-year-old. Yet without the context provided by looking at how he compares to other players, there’s no way to actually know whether they’re good or not.

In this example, Salah’s 3.14 shots sees him rank sixth in the Premier League. Surprisingly, Kevin De Bruyne leads the way in the English top flight this season, averaging 3.65 shots for Manchester City.

With so many visualisations and ways to showcase data out there, the temptation is there to sometimes overcomplicate the point you’re trying to make.

Rankings sound basic because, well, they are. But sometimes the simple solutions are the best ones.

The Twenty3 Toolbox has every sort of visualisation you can imagine and they’re all accessible with a click of a few buttons. They all help paint a picture of a player, often a thorough one. But, as a writer, I’m drawn to the Football Lab within our platform.

If I want to find out about a player I’m not overly familiar with, the Lab is the place to visit. You can customise what is on show, selecting different leagues and metrics, before seeing where a player ranks. Alternatively, you can go to a player page, select a timeframe and competition, and then their rankings per metric appear.

It is the easiest way to find out about a player without spending hours watching them or delving deep into their data.

Sticking with the Salah example, you can see where he ranks in the Premier League for every metric under the sun. Unsurprisingly, he’s near the top for a number of these.

However, totals are skewed by volume and availability. A fairer snapshot might be to look at these metrics on a per 90 basis.

A quick toggle changes the view.

In the blink of an eye, you’re able to go from saying Salah has 20 goals this season to Salah is second in the race for the Golden Boot, but on a per 90 basis there are five players with a better goals record.

It is another layer of context and insight that readers will appreciate.

As The Athletic’s Mark Carey said in an interview with Twenty3:

“Talk football language – it is very useful to be driven by the data for a piece of analysis, but if you can’t translate that into football language then it loses its message. This goes for analysis in the media or in a professional football club. Don’t assume that people know what each metric or statistic means, always bring it back to the language of football.”

You can’t assume that readers will know whether 5.64 touches in the box is good or not, so the trick is to find ways to inform them while keeping their interest.

Only Phil Foden, Jack Grealish and Sadio Mane average more touches in the box than Salah this season.

Rankings may be ‘basic’ but they’re invaluable when writing about anything football related.

We help our customers maximise the potential of football data. Whether you’re a data novice or expert, the Twenty3 Toolbox gives you the tools to do your job quicker and better.