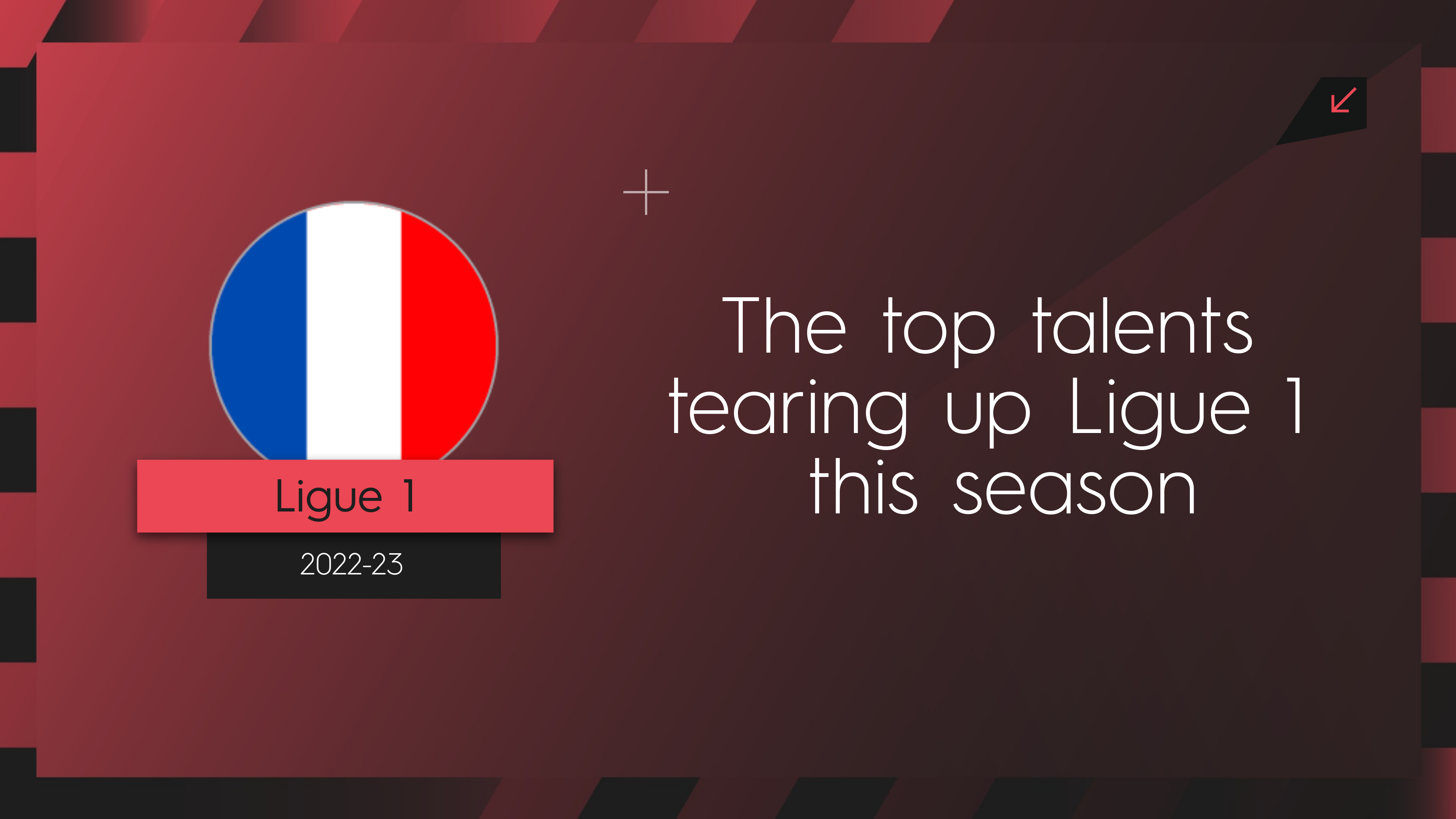 Ligue 1 is brimming with talent – even beyond Paris Saint-Germain’s star-studded squad, a plethora of young prospects refine their skills in the French top flight.

France boasts a well-earned reputation for championing football’s next generation – Kylian Mbappé and Bernardo Silva earned their stripes playing for Monaco, while Karim Benzema came through the ranks at Lyon.

We have used the Twenty3 Toolbox to identify some of the most impressive performers in Ligue 1 this year – focusing on younger, less established players, rather than household names like Mbappé.

Despite the fact that Terem Moffi leads the line for Lorient – who sit seventh in Ligue 1 – his numbers are impressive.

The 23-year-old Nigerian has netted 12 league goals this season – only Mbappé has outscored him (13) in the competition.

Moffi joined Lorient from Belgian side Kortrijk in 2020 and has since become a full Nigeria international, scoring twice in his seven caps so far.

The striker stands at 6ft 2in – but he is more than just a target man that serves as the reference point of his team’s attack.

The centre-forward boasts the ability to beat a man – completing 28 dribbles – and is a battling presence up front, attempting 72 loose ball duels.

Given his contract at Stade du Moustoir culminates at the end of next season, he is one to keep an eye on.

Jonathan David is that rare creature – prized in elite football – that is capable of both scoring goals and creating them.

In the 1,691 minutes of Ligue 1 football he has played with Lille this season, the Canadian has recorded 12 goals and three assists.

A versatile forward, David is renowned for his ability to both lead the line by himself as well as link up with another striker.

David has been linked with a move away from Ligue 1 for several seasons but, this summer, he could finally earn his big move.

Zakaria Aboukhlal only arrived in France last summer, joining Toulouse from Dutch side AZ, and has really hit the ground running.

The Moroccan, who has generally played on the left wing, has notched five goals and three assists in Ligue 1 so far.

The dynamic Aboukhlal has taken 41 shots and attempted 77 dribbles, completing 34.

The 22-year-old is tied down until the summer of 2026 but, given the level of his performances, he could tempt a number of suitors across Europe to spend big to secure his services.

Aboukhlal is more of a wide forward than a traditional winger – he has taken 73 touches in the opposition box – a profile that appears frequently at a plethora of top teams.

His work out of possession is equally impressive – he has attempted 58 loose ball duels – a fundamental necessity for many modern coaches.