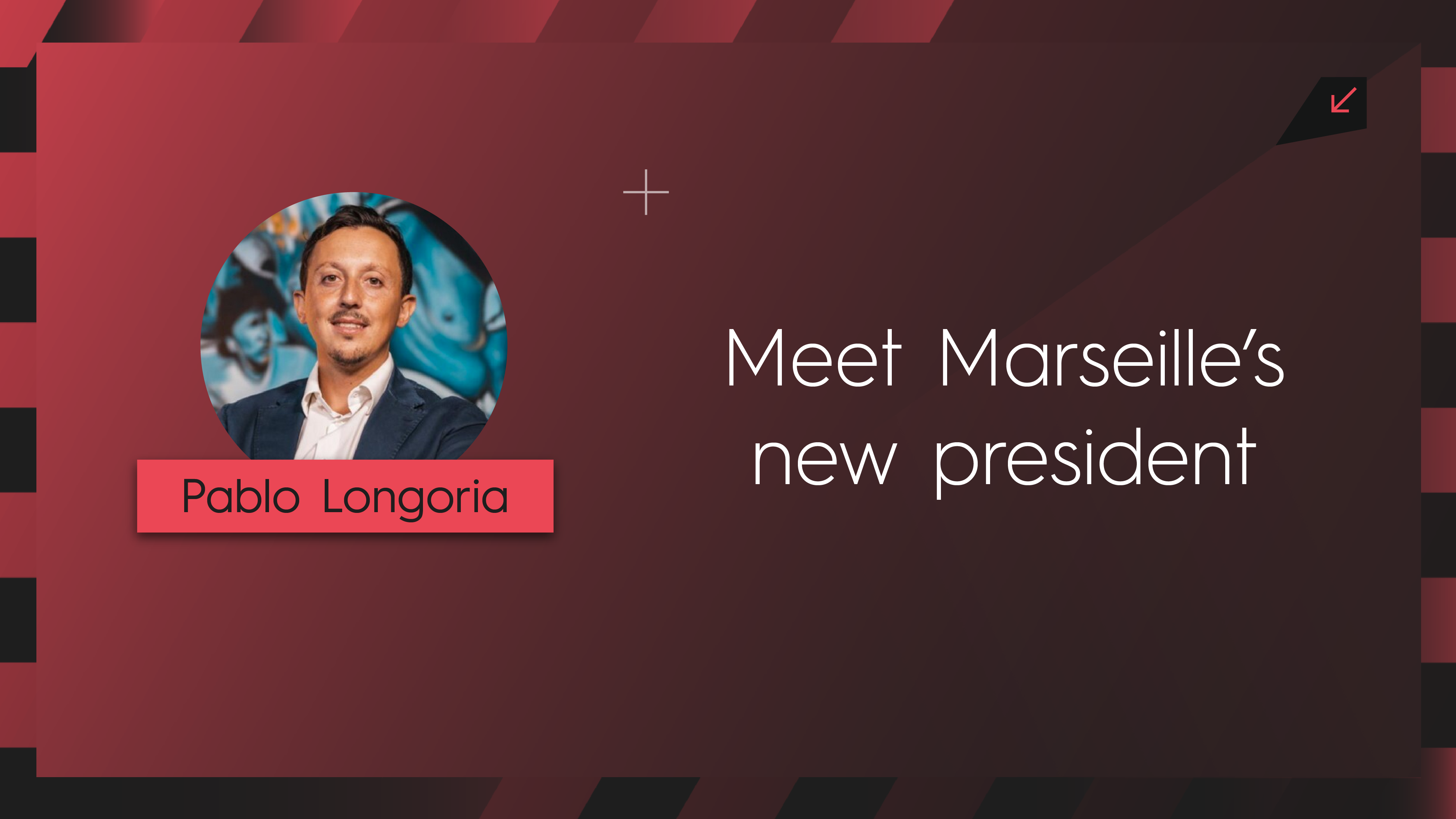 Few in football have a CV quite like Pablo Longoria.

The 34-year-old was recently appointed president of Olympique Marseille – less than 12 months after joining the Ligue 1 giants as sporting director.

The Oviedo-born scouting guru is hoping to draw from previous experiences and achievements across Europe as a blueprint for further success at the Stade Vélodrome.

“I have always had a global vision of a football club, learned from my experience with Valencia and Juventus on how a football club works,” Longoria told Twenty3 in what is the first of a three-part series.

“Obviously, it takes me more time, as president, to check the global day-to-day operations. I am enjoying the challenge of having new responsibilities, but with that, I know my speciality lies in football, where I can add value.”

It’s been something of a meteoric rise for the former Newcastle United scout.

During his 13-year career to date, Longoria been a scout for Atalanta, head of scouting for Recreativo Huelva and Sassuolo, chief scout for Juventus – where he was credited as one of the key men in ensuring the club pipped rivals to the signature of Rodrigo Bentancur – and the sporting director for Valencia.

When asked why he was attracted to Marseille, the answer is a simple one.

“Marseille offers an ambitious project. To be able to put football into the middle of the project. I am enjoying the process of implementing my philosophy into the club.

“It is a project with a big identity, a balanced philosophy and the historical values of the club. A strong culture. I am proud I get to help stabilise and fulfil the strong potential this club has.”

The multilingual scouting phenom is a firm believer that for a club to be successful, everyone has to be on the same page – players, staff and supporters. However, Longoria realises it isn’t going to happen overnight and that the supporters will play a big part in helping him achieve what he wants to with the club.

“We make football for our supporters. The first objective is that our supporters recognise our team with a concrete style. The moment we have an identity and we have our supporters playing with us in the field we can achieve the results the supporters deserve.”

There’s often a misconception that creating a club identity is easy.

Far from it, though.

There’s a lot that goes on behind the scenes. For starters, the culture of the club. Resetting this isn’t always an option. Clubs like OM have historical values, no matter who the owners are. These are ingrained into supporters from an early age. Coaches, non-playing staff and those in senior roles need to at least acknowledge this and look to fit into it, somehow.

Longoria touched on this when expanding on why he moved to Marseille: “As a director, you have to analyse the club, the culture and the history. You have to choose a football model that is adapted to your club’s qualities. I feel that the big difference in my career was between Juventus and Valencia. Two different cultures. I found a lot of common themes between Valencia and OM – this was an attraction for me in joining.”

Ultimately, performances on the pitch highlight whether or not there is joined-up thinking off it. The manager is tasked with bringing the vision to life and Longoria felt Jorge Sampaoli was the best man for his Marseille.

“The moment we started the process, we analysed different coaches in a traditional way, football style, personality style at the same time with the same names we created a data process that had been crucial in my decision.

“Specifically, I put together two things: I liked Sampoali’s Sevilla a lot, in the interviews, I felt he had the personality to fit the club culture. At the same time, the data department showed me that Sampaoli has a very concrete style in all the teams he managed. It was the same style I had in my head. And the same trends in each of the clubs he had been at was very positive. He changed the clubs he stayed at.”

This was the first of a three-part interview series with Pablo Longoria. Keep an eye out for parts II and III, where the Marseille president will give his views on transfers and data.