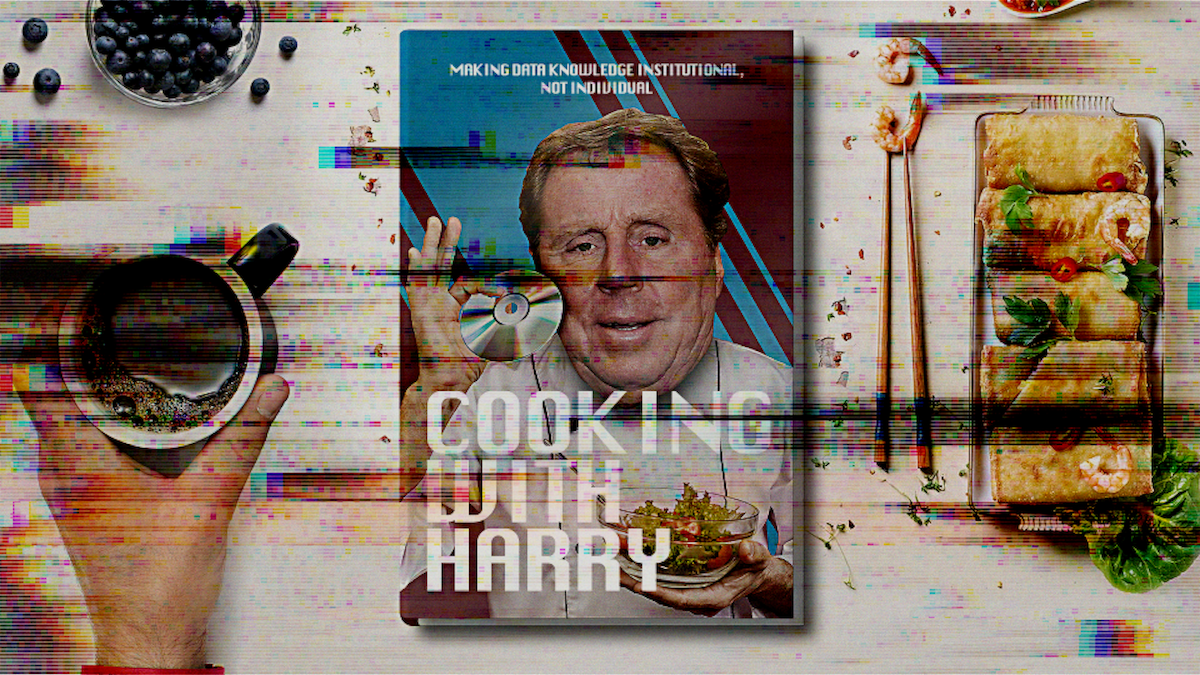 Regardless of whether you’re a Liverpool fan, the Reds winning the title has led to at least one good thing: the story of Harry Redknapp’s CD-ROM of data being made public.

From The Athletic: “In [Michael] Edwards’ early days, [Harry] Redknapp called to ask why he could not get anything out of a CD-ROM filled with player data. It turned out Redknapp had put it into the CD player of his car.”

It’s a really great story. But because this is a company blog I’m going to pivot from this topical tale to how it applies to all of us.

There are layers of this difficulty. One is that the sharers and the learners both need to be bought into distributing this knowledge. Another is that you need to know what level everyone is at, and what they need, or want, to know.

Most of us would have probably assumed that, by the mid-2000s, people would know how to access data on a CD-ROM. In this case, we’d have been wrong. But you don’t want to explain how to use a CD to everyone you give one to.

Technology aside, for organisations that deal with football data I think the biggest challenge is getting people more familiar with what’s in the data. The documentation from any data provider is going to be quite long with quite a lot of different types of categories, sub-categories, and qualifier tags, all detailing the specific way a football bounced off a human. Without knowing what the data contains, it can be hard to know what questions to ask.

It’s difficult to find an adequate analogy. It’s like if you, as a child or particularly bad life partner, had never cooked or opened a cookbook; you just get the food on the table and have a vague notion that the cookbook was involved somehow.

“Can you make one of those big pies they had in medieval times where they bake doves into the crust that fly away when you cut into it?” “I… no.”

In the first case, it’s a request where there’s only a slight switch of the ingredients (data) needed. Maybe in a dashboard you’re showing tackles but somebody wants to see interceptions.

In the second, you’re asking for something where the ingredients are readily available, but it’s just about how to put it together. Maybe you have event data and someone asks for all of the cross-field diagonals a player makes. To cook that up, the data’s more or less at hand, but there’s a little thinking involved in defining a ‘cross-field diagonal’ and how to code that all up.

The third case is something where the ingredients aren’t readily available and, even if they were, it might be a little tricky to know where to start (sure, you could look up how to make a pie, but how do you make pastry for something that big?). This might be like a request to know when a player loses concentration during matches — the data isn’t there, although you could try and look for proxies, but the proxies might not be satisfactory.

But, for the cook, what would be the best way of demonstrating what meals would or wouldn’t be possible?

It would probably be best to give the non-cook a bit of a guided look at the cookbook and the ingredients. These are the things we have available, here’s an example of something we can do with them. It doesn’t need to be a class at Le Cordon Bleu, but a bit of a grounding can’t hurt.

How you, as a data chef, do that is up to you and what you think will be best-received. A presentation, an open office door, a quiz, maybe a suite of tools that gives access to the data in a more user-friendly way.

But if a team is going to be successful, then the knowledge needs to be shared. For the non-cook, they’ll be at less of a disadvantage if they’re on their own; and for the chefs, you could end up with an extra pair of hands in the kitchen.