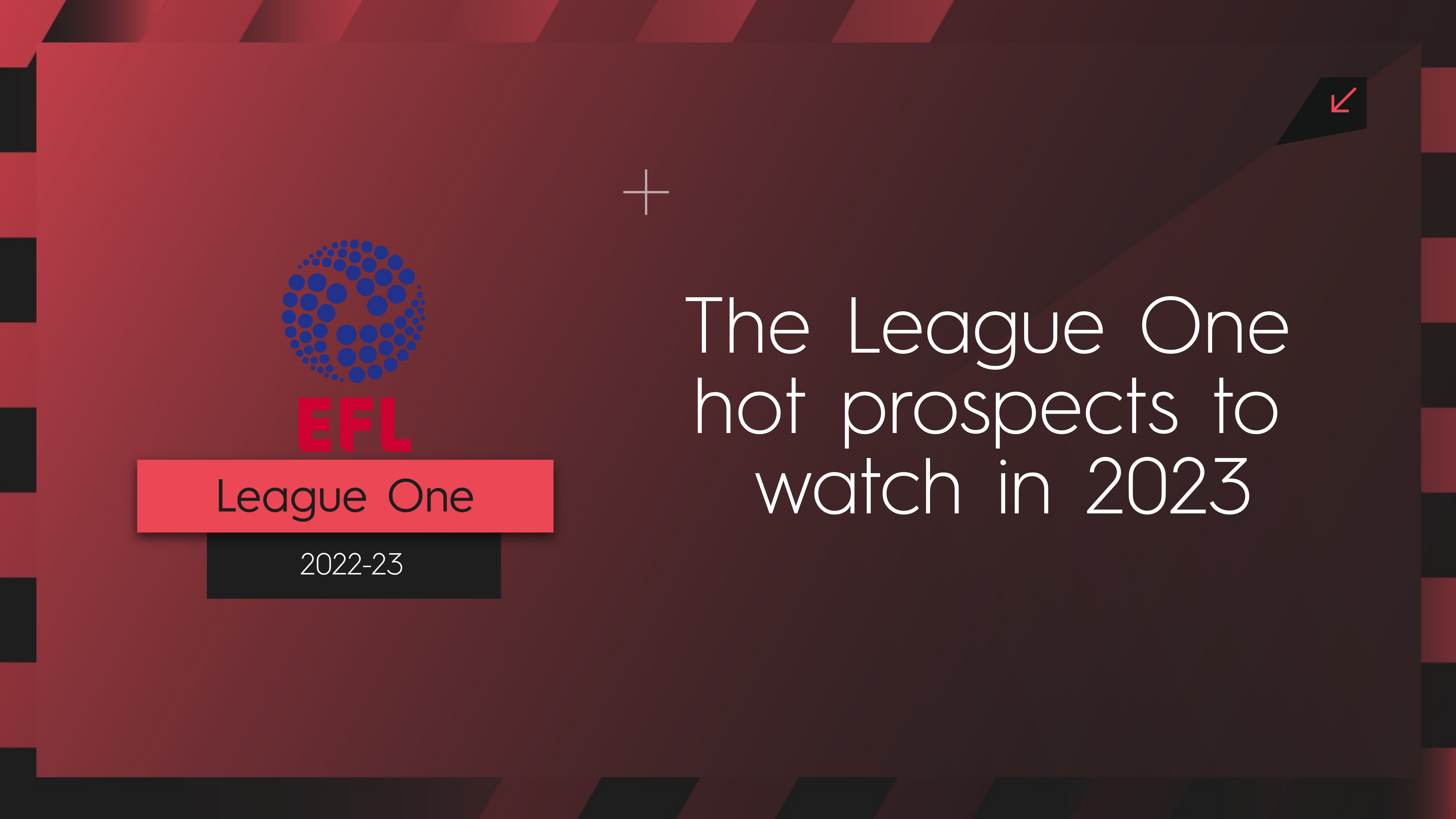 League One has long been a breeding ground for young talent – and this season is no different.

While clubs battle to reach the Championship or stave off the drop into League Two, a handful of hot prospects capitalise on the platform they have been given to demonstrate their considerable qualities.

We used the Twenty3 Toolbox to help us identify the brightest individuals in England’s third tier aged 21 or under who are set to take 2023 by storm.

The first profile we looked to identify was that of a dynamic, modern wide forward.

These players carry the ball well, are skilled in one-on-one situations and offer a genuine goal threat – at the elite level, think Mohamed Salah.

The Toolbox’s Discover tool threw up one name that stood above the rest in this respect – Charlton Athletic’s Jesurun Rak-Sakyi.

Like Salah, 20-year-old Rak-Sakyi is a left-footed right winger and has enjoyed a productive loan spell thus far, having scored six goals and registered two assists since joining Charlton from Crystal Palace on a temporary basis in August.

Using the Toolbox’s Analyse tool to assess players in League One aged 21 or under, Rak-Sakyi ranked top for shots (48), expected goals (7.79) and touches in the opposition box (76), demonstrating his considerable goal threat despite operating out wide.

Additionally, he was first for dribbles completed (78), as well as attacking duels attempted (286) and won (128), bearing a striking resemblance to another Premier League forward who excels when asked to beat his man – the star of his parent club Palace, Wilfried Zaha.

The youngster has also recorded an exceptionally impressive 80 progressive runs – the most of any player in the league, regardless of age.

Eagles boss Patrick Vieira will no doubt be keeping a close eye on the winger’s progress – Rak-Sakyi’s 2023 certainly looks likely to be bright.

Next, we looked to identify a creative, technically gifted central midfielder.

Top sides at every level are always on the lookout for individuals with the ability to play incisive passes and help their side maintain possession – Manchester City’s impressive stable of midfielders are the perfect example of this type of player.

To separate the trio, we used the Analyse tool to compare them – and Taylor stood out from the crowd.

The 21-year-old joined Burton from Wolves in February 2021 and has developed into a superb creative talent, registering four assists in the league so far this season.

He ranks first among players aged 21 or under in League One for shots assisted (32) and expected assists (3.47), as well as final third passes attempted (192) and completed (115) – an indication of his ability to make decisive passes in advanced areas.

Taylor also topped the charts for backwards passes completed (142) – despite his tender years, he is also mature enough to know when to recycle possession and when to attempt a riskier ball.

As an added bonus, his work-rate out of possession is superb – no player of any age has recovered the ball more times in the opposition half than him (164) – a particularly enticing trait to any prospective buyers, given the increasing prevalence of pressing in the modern game.

The next profile we looked at was that of a ball-playing central defender.

Centre-backs are increasingly tasked with greater responsibilities in possession and act as deep hubs for possession-dominant sides – but must pair these qualities with the ability to win the ball back for their team.

Despite dipping from his incredibly lofty standards at times this term, Virgil van Dijk has typified that type of player for several years now.

However, when using the Analyse tool to assess those central defenders for ball-playing ability, 21-year-old Cashin stood head and shoulders above the other two.

No player aged 21 or under received (794), attempted (1,292) or completed (1,067) more passes than the Rams defender. Diabate and Astley’s combined totals fell short of Cashin’s in each of those three metrics.

That is a remarkable level of dominance – both in the air and on the ground – especially when his league leading 480 ball recoveries are taken into account.

Cashin clearly possesses all the tools necessary to be an excellent ball-playing centre-half – and Derby may well look to cash in on their asset in the near future.

Finally, we looked to pick out a promising young goalkeeper – though what the Discover tool identified was a player staking his claim as one of League One’s finest custodians.

James Trafford, on loan at Bolton Wanderers from Manchester City, earned an 89% rating based on the metrics specified – at least 22% higher than any other player aged 21 or under.

When removing the age restriction, the 20-year-old still ranked top of the pile by at least 13%, which is remarkable given his tender years.

Trafford has played every minute of Bolton’s 25 league games so far and tops the charts for clean sheets (12).

He is particularly brave when coming off his line, using every inch of his 6ft 5in frame to dominate in the air – and also ranking top among goalkeepers for goalkeeper exits (59), as well as aerial duels attempted (22) and won (17).

The City loanee is also heavily involved in his side’s build-up play. Among players (including outfielders) aged 21 or under, the Analyse tool revealed that Trafford had completed the most forward passes, with 387 – likely a direct result of his training in Manchester.

It is rare to come across a goalkeeper that is willing to come off their line, confident in the air and also comfortable with the ball at their feet. It is especially uncommon for that player to be barely out of their teenage years.

Whether or not he breaks through at his parent club remains to be seen, but it is no exaggeration to claim that the lanky youngster ranks among League One’s best goalkeepers this season.