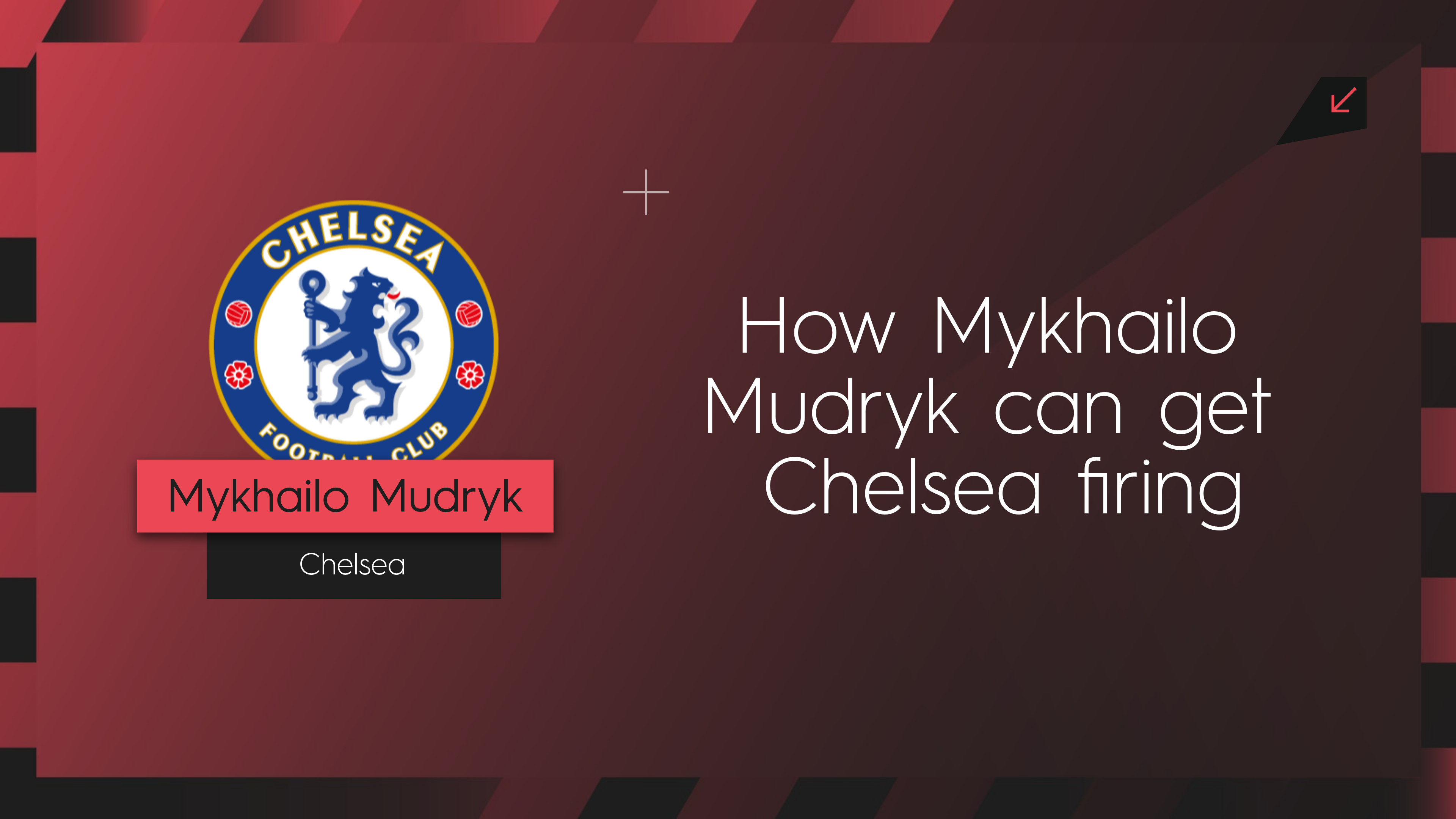 Last week, Chelsea swooped to secure the signature of Mykhailo Mudryk from under the noses of Arsenal, stumping up a mammoth £88.5million for the winger.

Graham Potter’s men sit just 10th in the Premier League standings, 10 points off the top four and 19 behind the table-topping Gunners – but their superior offer convinced Shakhtar Donetsk to part with their star man.

So, what kind of player have the Blues acquired? And can he help them turn a disappointing season around?

In order to answer these questions, we enlisted the help of the Twenty3 Toolbox.

Mudryk was a dominant attacking force in the Ukrainian Premier League – and it is no wonder his former club valued the 22-year-old so highly.

The Analyse tool reveals that the winger provided more assists than any other player in the division, ranking second for shots assisted, with 34.

The eight-cap international also provided a significant goal threat – only two players in the league scored more goals than his seven and only three took more shots than his 36. His total of 49 touches in the opposition box is also impressive for a wide forward.

Mudryk’s high level of output would not be possible without his dynamic ball-carrying qualities, which he uses to devastating effect to get into dangerous positions from which he can create or score.

His 61 completed dribbles, 44 progressive runs and 74 attacking duels won all rank inside the competition’s top five.

As impressive as Mudryk’s domestic numbers are, the English top flight is a higher level of competition and it is unlikely that he will replicate his Ukrainian Premier League output immediately.

However, the wide-man has been tested at the elite level – featuring regularly in the Champions League this term and impressing while doing so, further increasing his stock.

Shakhtar are one of Ukraine’s two biggest clubs and generally dominate their domestic games – but in the Champions League, they are rarely the favourites.

Despite this, Chelsea fans will be encouraged to note that Mudryk’s ball-carrying ability translated fairly well to Europe’s premier club competition. He ranked inside the tournament’s top 30 players for dribbles completed (21), progressive runs (21) and attacking duels won (34), according to the Toolbox.

The same can be said for his output, having managed three goals and two assists in six appearances.

Given Shakhtar were drawn into a strong group also featuring Real Madrid, RB Leipzig and Celtic, those are very respectable statistics.

However, the volume with which the wide forward was able to make goal-threatening actions was drastically reduced.

He ranked outside the top 100 players in the Champions League for shots assisted (six), shots attempted (nine) and touches in the opposition box (14).

Blues boss Potter will hope that, in a Chelsea side that will expect to dominate the majority of their games, their new signing will be given ample opportunity to make decisive actions in the final third.

The Discover tool enables us to identify existing Premier League players who excel in the same areas as Mudryk.

When asked to produce wingers or wide midfielders in the English top flight that ranked highly for 10 metrics across those three categories, two players stood out at the top with a rating of 94% – Newcastle United’s Allan Saint-Maximin and Brighton and Hove Albion’s Kaoru Mitoma.

The former is the division’s most frequent dribbler per 90 minutes (10.27) and only Manchester City’s Jack Grealish – who came out with a 93% rating – has produced more progressive runs per game on average than the pair.

Arsenal’s Bukayo Saka – like Grealish – scored 93%, while Gabriel Martinelli’s rating was 90%, which would explain manager Mikel Arteta’s keen interest in recruiting the 22-year-old, who looks as though he would have fit seamlessly into the Spanish tactician’s system.

Among Chelsea players, only Raheem Sterling (86%) earned above an 80% rating for the profile specified in the Discover tool.

Potter now has a second such player at his disposal – and it may be a significant step forward as the Englishman looks to get the Blues firing again and mould the squad in his image.