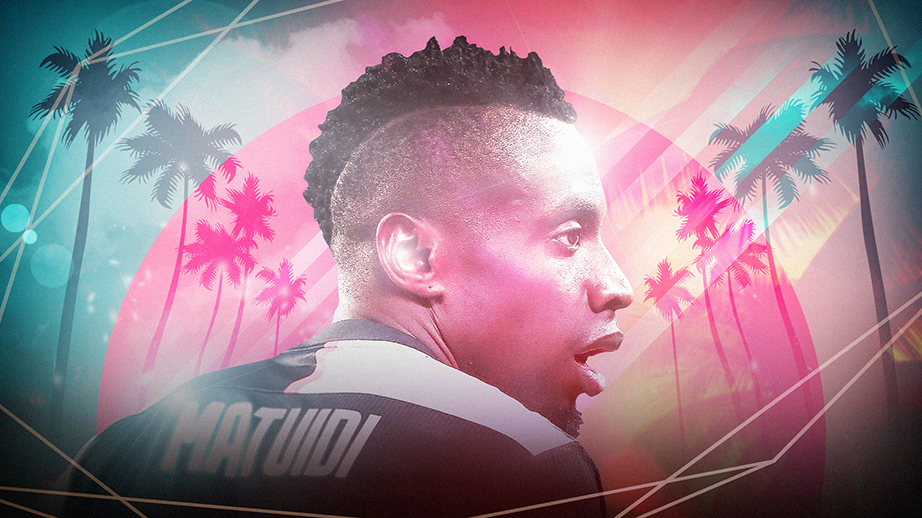 David Beckham was always going to sprinkle some stardust over Inter Miami. It’s taken a while but the arrival of World Cup winner and former Juventus and Paris Saint-Germain midfielder Blaise Matuidi ticks that box.

What makes the deal for the 33-year-old all the more impressive is he won’t be a Designated Player (DP). For any Major League Soccer rookies, a DP’s salary is only partially charged as part of the salary cap with the rest picked up by the franchise owner. Introduced in 2007 when David Beckham joined LA Galaxy from Real Madrid, its aim was to allow MLS franchises to compete for global stars.

It was anticipated Matuidi would become the third DP in Miami after Rodolfo Pizarro and Matías Pellegrino. Instead, the Herons have signed the midfielder with Targeted Allocation Money (TAM), another mechanism which allows teams to spend outside of salary cap, but to a lesser extent.

In doing so, Miami have left a spot open for the creative midfielder or forward head coach Diego Alonso so clearly needs with an 0-5 record and just three goals scored in their inaugural season as an MLS expansion franchise.

“Our plan going into this pandemic break was to add a dynamic midfielder and a DP striker or attacking player,” Miami GM Paul McDonough told ESPN. “That still holds true.”

So, what will Matuidi bring to Miami?

For a start, he is a winner with bundles of know-how and big-game experience. His final game for the Bianconeri before the mutual termination of his contract was a UEFA Champions League last-16 tie against Lyon. Matuidi leaves Turin with three Scudetti, adding to the four league titles he collected with Paris Saint-Germain. Oh, and there’s the small matter of that FIFA World Cup win in Russia two summers ago.

Primarily stationed on the left-hand side of a midfield three in Maurizio Sarri’s 4-3-1-2 system, Matuidi played some part in all bar three of Juventus’ Serie A fixtures en-route to a ninth straight league title. He isn’t someone who’s going to break lines with probing passes or get into the box very often, but that doesn’t matter.

What the 84-time French international will bring is plenty of running. But it’s not just running for the sake of it. Matuidi is an impressive ball winner and completed 1.45 tackles (per 90) in Serie A last term. Enough to rank inside the top 20 midfielders in Italy’s top-flight. On top of that, he weighed in with 3.12 interceptions (per 90) and 5.62 ball recoveries. Of which, 2.57 were in the opposition’s half, underlining his pressing ability.

This is particularly important for Miami. Combining the data for their short franchise history in Major League Soccer (2 games) and MLS is Back (3 games), they rank 19th out of 26 teams for interceptions. The Herons actually come out ninth for successful defensive actions (per 90) with 100.4 but this merely indicates they are defensively active, rather than proactive.

That much is evident in the graphic below which shows the defensive action areas of Miami’s backline. The majority of which take place deep in their own half.

Matuidi’s qualities – both technical and in terms of the intangibles – are clear. What is less obvious is how the former Paris Saint-Germain midfielder will fit in at Miami.

The graphic below shows the average positions of Inter Miami players in coach Alonso’s preferred 4-2-3-1 system with Wil Trapp – a 20-cap USMNT international traded from Columbus in January – and Victor Ulloa starting at the base of midfield.

Miami could switch to a three-man midfield to accommodate Matuidi in his natural left-sided position. But that would almost certainly mean DP Pizarro making way as the side’s No.10. Regardless of his designated player status, that is a non-starter for a franchise which has attempted just 10.4 shots (per 90) in five MLS and MLS is Back fixtures in 2020 – the 18th-fewest in the league.

Enquire about the Twenty3 Toolbox

Furthermore, Pizarro’s expected assists total across 450 minutes is the fourth-highest on Miami’s roster – behind only Lewis Morgan, Ulloa and fellow DP Pellegrini. Manoeuvring him out of the side – or to the left-wing – in order add more defensive solidity is hardly going to turn The Herons into an attacking force overnight.

But Miami have faced plenty of hurdles in even getting this far. Matuidi’s arrival should not and will not be another. The capture of a World Cup-winning French international is a boon for one of MLS’ newest franchises and his arrival could prove the catalyst for success.