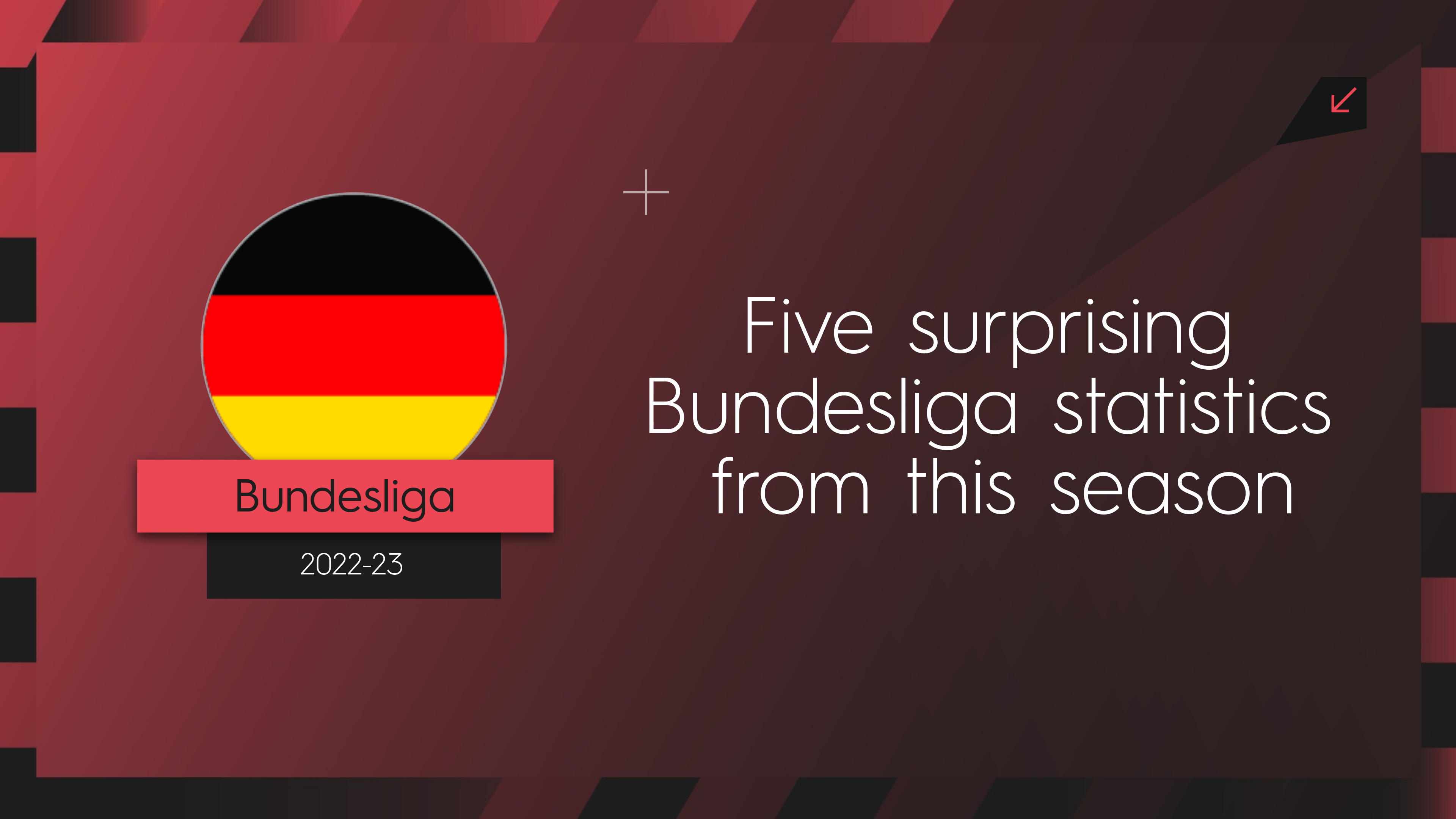 Bundesliga football is back with a bang following the mid-season break to accommodate the Qatar World Cup.

Bayern Munich are, as ever, leading the way, continuing their hunt for an 11th consecutive title.

Surprise packages Freiburg are four points behind as the next closest challengers, while RB Leipzig and Eintracht Frankfurt are close behind.

Ahead of the season’s resumption, we’ve used the Twenty3 Toolbox to look at some of the most surprising statistics for the first half of the season.

Few had heard of Frankfurt forward Randal Kolo Muani following his move from Nantes to Germany on a free transfer.

But the 24-year-old has lit up the Bundesliga with his long runs, composure in front of goal and awareness inside the box.

Kolo Muani leads the assists charts, with eight so far this season, while also completing the joint-most dribbles with Jeremie Frimpong (58).

Impressively, he has also completed all 12 of his key passes.

His performances earned him a call-up to the France World Cup squad after an injury to Christopher Nkunku, and he helped turn the tide against Argentina in the final before losing on penalties.

Frankfurt boss Oliver Glasner will be hoping he can continue his stunning form in the chase for Champions League football and beyond.

Three Augsburg players occupy the top three spots for players with the most yellow cards this season.

First is Jeffrey Gouweleeuw on seven, while Mergim Berisha and Maximilian Bauer both have six each.

However, none of these three ranks anywhere near the top in the number of fouls.

The Augsburg player with the highest number of fouls is Ermedin Demirović on 26, which is joint-third most, but he has picked up just three yellow cards.

One of the biggest shocks in the mid-season break was Manuel Neuer’s skiing injury, which has ruled him out for the rest of the season with a broken leg.

The Bayern captain has long been a pioneer of brave, front-foot goalkeeping and – even in his absence this season, his influence can be felt through other custodians.

Many modern goalkeepers are now required to act as sweeper-keepers that regularly come off their line to deal with through-balls – just like Neuer.

The Bundesliga has long been a breeding ground for some of football’s greatest talents, from Kevin De Bruyne to Mesut Ozil.

Jamal Musiala looks set to be the next man to join that list – he starred for Germany at the World Cup despite a disappointing group-stage exit, but that was no surprise for those who have been watching him thrive in Munich. No player in the league has more goal contributions than the 19-year-old.

And Musiala is not the only youngster to have impressed in the first half of the season. Team-mate Mathys Tel, 17, has three goals in just 178 minutes so far this season.

Borussia Dortmund’s Jude Bellingham continues to affect the game both with and without the ball by disrupting opponents and starting attacks of his own.

Then there is Youssoufa Moukoko, 18, with six goals – overperforming his xG of 3.68 – and two assists in 820 minutes – form which is attracting attention across Europe.

Few could have seen such a resurgence from a player thrashing it out on a wet rainy night in Stoke five seasons ago, but Eric Choupo-Moting is defying the odds at Bayern.

The Cameroonian frontman has scored six goals this season from just 15 shots – an incredible return. Of those 15 efforts, nine found the target.

For comparison, it has taken team-mate Sadio Mane – who came in as the club’s marquee signing – 40 shots to reach the same tally.