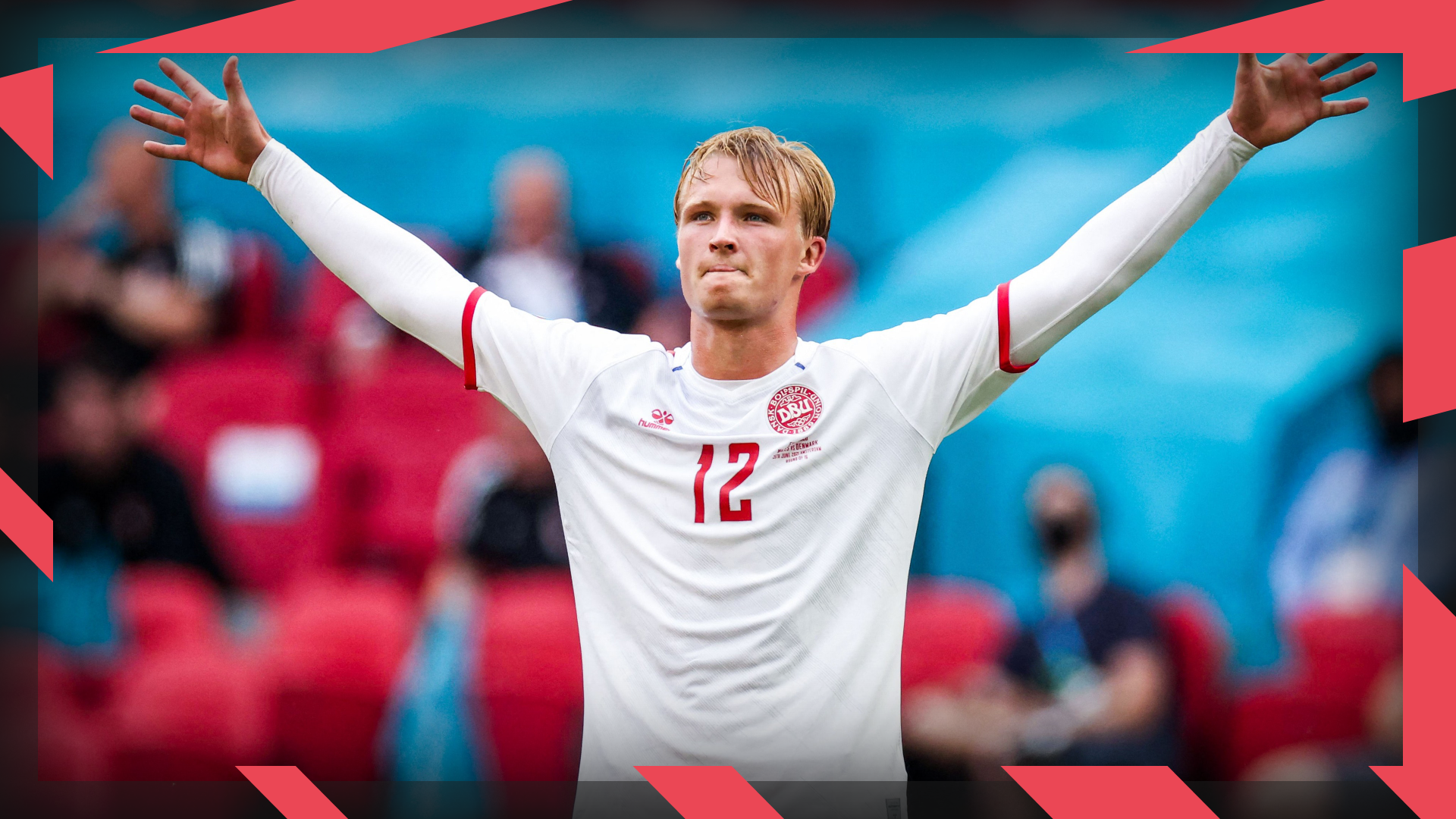 As the Joker once said: “You know what I’ve noticed? Nobody panics when things go according to plan. If, tomorrow, when two teams progress out of a group, nobody panics, because it’s all part of the plan. But when a UEFA makes it so three teams can qualify, well then, everyone loses their minds.

“Introduce a little anarchy. Upset the established order, and everything becomes chaos. I’m an agent of chaos. Oh, and you know the thing about chaos? It’s fair!”

Okay, that might not be verbatim.  But the Joker’s speech in the Dark Knight is very apt for what is happening right now in the world of football analytics.

You see, time is a flat circle. No matter what we do in life, we always end up talking about xG. Every few months, something happens to spark a debate.

This time around, the number of goals scored from outside the area at Euro 2020 has been the instigator. More specifically, Kasper Dolberg’s expertly guided effort into the corner against Wales during Denmark’s 4-0 win last Saturday.

Thorgan Hazard then followed that up with a spectacular strike from distance as Belgium knocked reigning champions Portugal out on Sunday. Paul Pogba then scored arguably the most FIFA goal we’ve seen this summer, curling an effort into the top corner against Switzerland on Monday from a full 25-yards out. Delicious.

There have already been a number of Goal of Tournament contenders.

We’re looking at you, Patrik Schick.

The general consensus is that we’re seeing more goals from distance.

This is accurate. Kind of.

Throughout the entirety of Euro 2016, 16 goals arrived from outside of the penalty area and eight teams were responsible for these.

This time around, we’re currently on 16 goals from 44 matches and 11 teams have at least one goal from 18+ yards. So, the same number of goals from outside the area but with seven games in hand.

Furthermore, as flagged by Josh Williams on Twitter, there’s been a 10% decrease in shots originating from outside of the box when comparing Euro 2016 to the tournament currently in progress.

So, fewer shots from distance, but the number of goals from outside the box haven’t dried up. Why is this?

Well, for starters, this particular tournament has lent itself to risk. Perhaps because three teams could progress out of the group. In previous iterations of the Euros, Matchday three has seen a lot of teams with nothing left to play for. This time around, it was different. One win was enough to change it all.

Despite there being a group stage, this Euros has basically been a knockout competition with only a select few teams being somewhat passive in their approach.

This means games are much more open and teams aren’t camped out on the edge of their own area with nine men behind the ball.

You will get that, of course, but it is a much rarer occurrence in this year’s competition.

So what does this mean, why does it matter and how does it influence the number of long-distance strikes that we’re witnessing?

No team has scored more goals from outside of the penalty than Denmark. Dolberg’s strike against Wales was their third of the competition. As evidenced in their shot map above, they haven’t been shy about hitting one from distance.

If you watch the goals back, they’re all low-value efforts. However, they’re picking when to shoot and they aren’t just firing shots off in frustration.

Dolberg’s first, for example, may have been from 20 yards out. But when the ball left his foot, there were only two players directly between him and Danny Ward’s goal.

He was able to pick his spot. It is a superb finish, but this loops back to the fact it is an international tournament and teams have to commit bodies forward. The Nice forward finds himself in space on the edge of the area after Denmark played through Wales’ press.

Mikkel Damsgaard’s opener against Russia was kind of similar.

The visitors looked to be aggressive and tried to press the man in possession. They didn’t succeed and Damsgaard could pop up in space just outside of the area. He’s able to quickly shift the ball onto his right foot and get off a shot before he’s closed down. The 20-year-old places it perfectly into the top corner, but when the ball leaves his foot, only two Russian players are between him and the goal.

There’s a difference between taking a pot-shot from 25 yards with eight opposition players and five team-mates in your line of sight and curling an effort into the top corner with no players directly in front of you.

Andreas Christensen’s goal against Russia was a little different. It was a good old fashioned piledriver.

The Chelsea man benefitted massively from what transpired prior to the ball trickling out to him.

There was a bit of pinball in the box, the away side were scrambling to get it away and then looking to clear their defensive lines. At the time of Christensen shooting, he had no pressure on him and Russia had five players in what was essentially a single file line. They’re all rushing out as the ball flies past them and it’s hit the back of the net before the keeper can react.

Chaos leads to more goals in general, too.

If the current average of 0.36 goals from outside the area per 90 continues, we’ll finish with 18 goals from 18-yards or more.

We could be seeing more goals from distance because of the style of play so many teams are adapting. It could also be purely down to the law of averages.