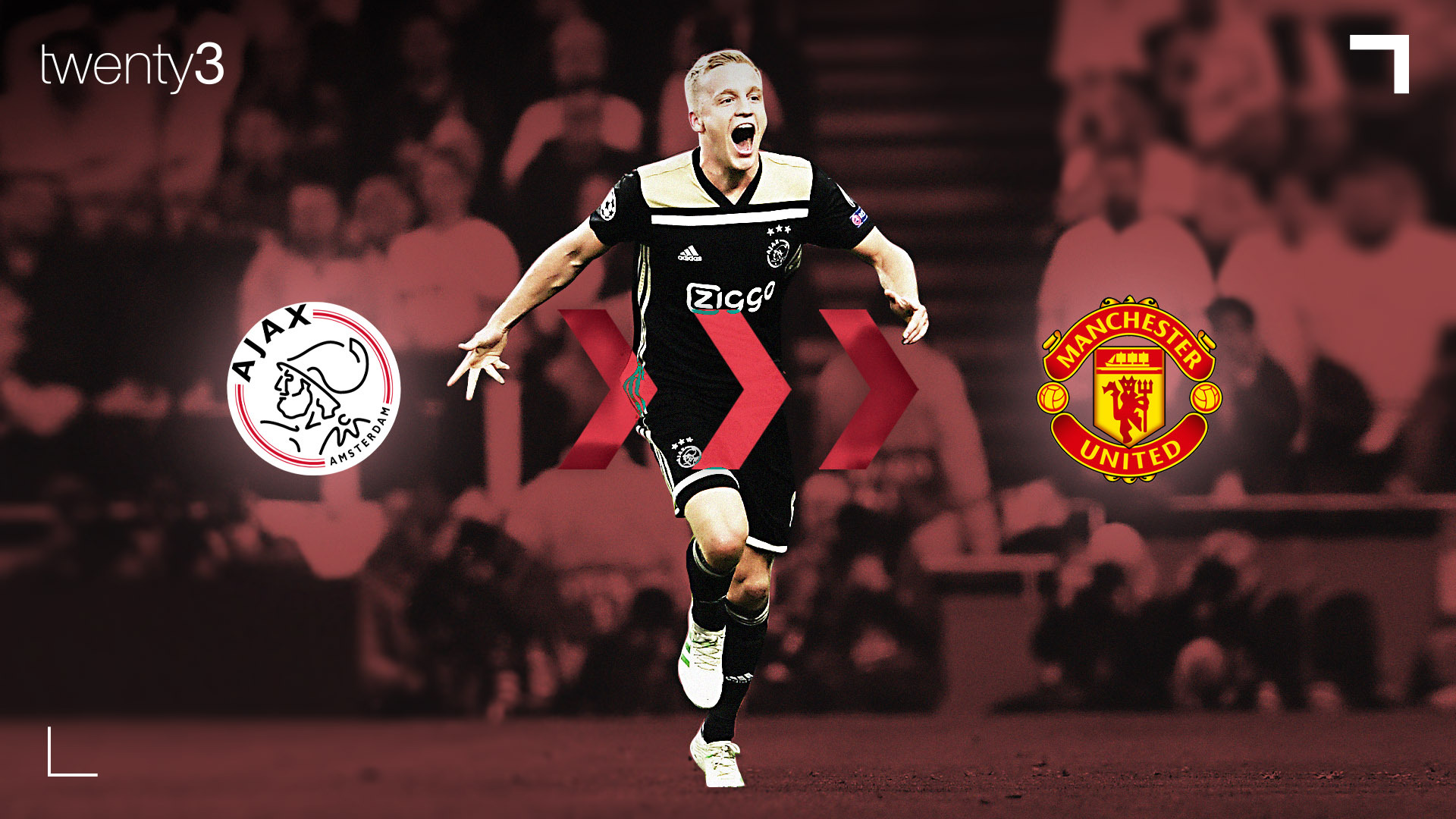 That Ajax team from the 2018/19 season was pillaged when the campaign came to an end. It was inevitable.

Barcelona secured the services of Frenkie de Jong while Juventus pipped a host of clubs to the signature of Matthijs de Ligt. Both were spectacular in their own right. However, it was a surprise to see arguably the most unique member of that squad remain in Amsterdam.

Donny van de Beek was courted by many of Europe’s elite but a move, for whatever reason, failed to materialise. In many ways, he was a throwback to midfielders from the noughties. He chipped in with goals and assists, he made selfless runs in behind the attacker all while doing some of the dirty work in his own half. In the modern game, movement and space manipulation is everything. Watching the 23-year-old, it’s clear he’s one of the very best at creating and capitalising on space.

Perhaps that’s why he tops Manchester United’s wishlist. According to reports, Van de Beek has already completed a medical ahead of his £40million move to Old Trafford. Ole Gunnar Solskjær may have a task fitting him into a midfield already containing Paul Pogba and Bruno Fernandes, but it’s a good headache to have.

Manchester United’s form since Fernandes’ arrival was almost faultless. The former Sporting captain not only added a goal threat from midfield, but he also brought unpredictability to their game. His movement in search of the ball carved out space for team-mates.

In the passes received and movements map above, Fernandes often dropped into wide areas to help United overload opponents in those zones. He’d create space centrally for wide forwards Marcus Rashford and Mason Greenwood to exploit. Pogba, on the other hand, would drop into his own half to link play. In the opposition’s half, the Frenchman either carries the ball or joins play from deeper.

Van de Beek, despite playing similar roles to both players over the past two seasons, offers something different.

No matter where he’s deployed, the Dutchman likes to get beyond the forward. It helps that Ajax play with a false-nine but their system is only as successful as it is because of players like Van de Beek. For a false-nine system to be effective, you need selfless runners from deeper areas.

Now, United’s No.9 isn’t as false as some but Martial likes to drop deep and occupy the left channel. As shown in his heat map, the ex-Monaco man is by no means a traditional centre-forward. When he’s playing, there’s plenty of space for others.

If the plan is to continue to use Martial like this then Van de Beek could be a shrewd signing for United. Especially if Solskjær deploys him in a similar manner to how Erik ten Hag used the ten-cap Netherlands international last season. He was an attack-minded central midfielder on the right of a two.

The shot maps below highlight why Van de Beek is a sustainable goal threat. There’s very little difference between the two despite one being when he was used primarily as an attacking midfielder while the one on the right is him as a central midfielder. In both instances, the majority of his shots came in the penalty area and a high percentage were close to the six-yard box.

Looking at goals scored in open-play only, Van de Beek led Pogba and Fernandes with 0.36 per 90 from an expected goals average of 0.27. Fernandes managed 0.28 goals with an expected goals average of 0.12 while Pogba’s stop-start 2019/20 campaign makes it difficult to really look at his return. In terms of creativity, Fernandes’ 0.25 expected assists per 90 see him trump Van de Beek. However, the Dutchman’s return of 0.20 would’ve seen him rank in the top 25 in the Premier League last season.

United are getting a versatile goalscorer who does as much good work off the ball as he does on it. He can play alongside Pogba and Fernandes as well as in place of them without the style or the system suffering.