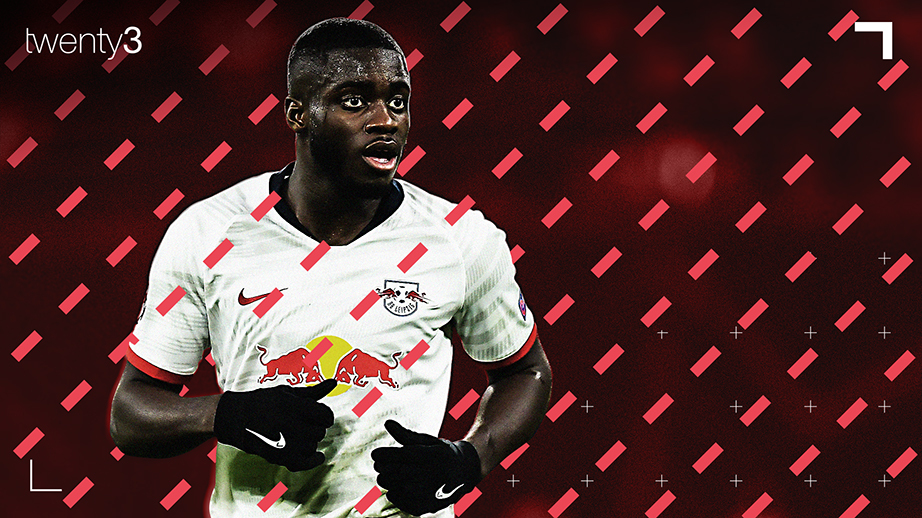 Despite being one of Europe’s most upwardly-mobile clubs, few pundits could have predicted that RB Leipzig would enjoy such a successful UEFA Champions League this season. Relative newcomers to Europe’s top table, the German side have certainly ruffled a few feathers among the continent’s elite in 2019/20; knocking out the likes of Tottenham Hotspur, Juventus and Atlético Madrid, before eventually succumbing to nouveau riche Paris Saint-Germain at the semi-final stage.

Die Roten Bullen’s success may have caught a few people by surprise, but the sublime form of their star man Dayot Upamecano has increasingly become common knowledge. The 21-year-old defender has been a regular name in the gossip columns over the past couple of seasons and Arsenal have been strongly linked with a move for the highly-rated Frenchman.

Upamecano may be on the Gunners’ radar, but his performance levels this season could well have put him out of Arsenal’s reach. Mikel Arteta’s side have limited resources and can only offer UEFA Europa League football. After starring for Leipzig on the biggest stage the defender is now hot property and the giants of European football are watching closely.

A look at the data behind Upamecano’s latest Bundesliga campaign certainly demonstrates why the French Under-21 international is a man in demand.

The 6ft 1in defender is a physically imposing presence at the back and this is reflected in his success rate when it comes to defensive duels. While he only attempted an average of 7.09 defensive duels per 90 (91 players attempted more in 2019/20), he won 2.63 of those battles – the sixth most of any player in Germany’s top flight.

Upamecano’s strength is matched by a lethal combination of pace and anticipation, allowing him to read the game with a maturity beyond his years. His impressive positional sense means he is particularly adept at recovering the ball, completing 13.5 recoveries per 90 last season. Only seven players bettered that in the league, and it’s similarly positive news if we look at his ability to win duels for loose balls. A record of 2.41 loose ball duels won per 90 puts him just outside the Bundesliga’s top ten players and adds to a sense that the man from Évreux has a wide-ranging skillset when it comes winning back possession for his team

There are plenty of centre-backs who are defensively solid, of course, but perhaps what really marks Upamecano out is his ability with the ball at his feet. He is a forward-thinking defender who attempted an incredible 10.12 passes into the final third per 90, with 8.28 of those finding their intended target. That sees him rank seventh out of all the players in the German top tier for both metrics, while his 21.02 forward passes completed per 90 puts him in 11th place.

That ability to deliver balls forward with such precision is particularly eye-catching, but Upamecano’s more general passing is also worthy of attention. His overall passing accuracy last season was 90.35% and he completed 62.39 of the 69.05 passes he attempted per 90 – inside the division’s top 20 players.

It is perhaps worth noting that the system employed by RB Leipzig head coach Julian Nagelsmann could be a factor in Upamecano’s impressive numbers. For example, only one team in the Bundesliga attempted more passes into the final third than Leipzig (2,193), so it is no surprise that the youngster performs well in this area.

Occasional lapses in concentration can’t be completely ignored either, but such minor criticisms fail to look at the bigger picture – Upamecano has years of development ahead of him and is already close to being the complete package as far as becoming a first-class centre-back is concerned.

He looks likely to continue developing at Leipzig for one more year too. Despite widespread interest from across the continent, a recently signed new contract tied Upamecano down until 2023 and contains a release clause which doesn’t kick in until 2021.

With another season under his belt, the hype surrounding one of Europe’s hottest prospects should continue to grow, ahead of a potential major transfer next summer.

Upamecano is Europe’s most in-demand defender and it’s no surprise – this is a player who has it all and could go right to the very top.