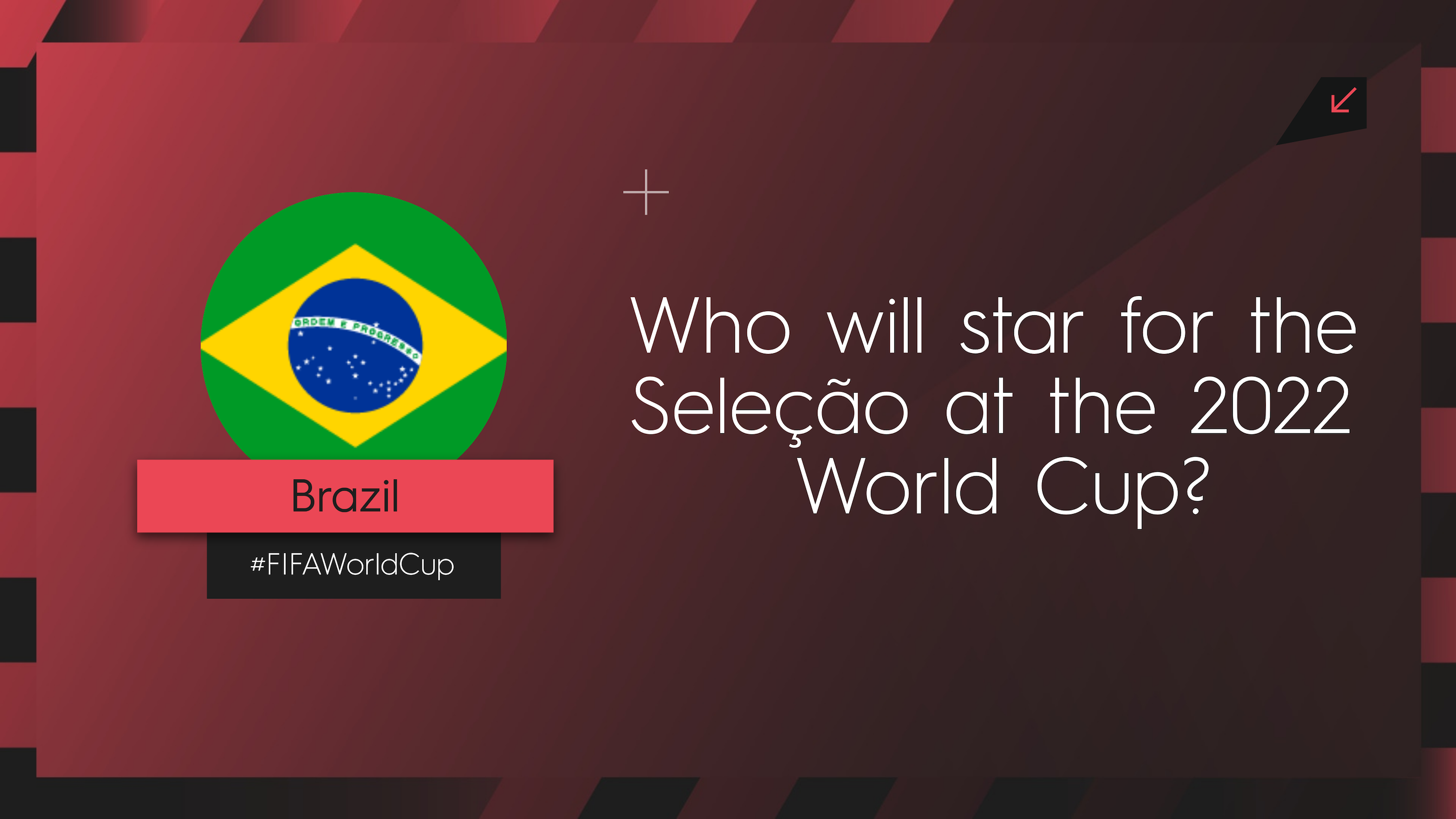 The 2022 World Cup is just around the corner and one of the most hotly-tipped favourites in the eyes of many observers are the Brazilian national team.

The Seleçao haven’t been crowned world champions for 20 years, their last triumph coming in South Korea and Japan back in 2002. But the feeling in the Brazilian camp this winter is one of serene confidence.

CONMEBOL qualifying is notoriously the most difficult in the game, with a high quality of competition paired with difficult environments and intense atmospheres. However, Brazil negotiated the most recent edition without any problems – topping the group table by taking 45 points from 17 games. Argentina finished second, six points behind their great rivals.

Brazil’s World Cup campaign gets underway on November 24th when they face Serbia at Lusail Iconic Stadium, about 23 kilometres north of Doha. They’ll be competing in Group G, where they’ll also be facing Switzerland and Cameroon. It’s certainly not an easy group, but most expect Tite’s men to progress to the Round of 16 with relative ease.

But who are the key men behind the Seleçao’s success? Twenty3 took a look.

Marquinhos is the man who leads Brazil’s resilient rearguard.

Tite’s side conceded just five goals throughout CONMEBOL qualification – that was the fewest of any of the ten competing nations.

And Paris Saint-Germain’s Marquinhos was best in class in the majority of defensive metrics during that campaign. He completed more successful defensive actions (94), interceptions (54), aerial duels (27) and ball recoveries (109) than any of his teammates.

The 28-year-old is also proficient on the ball, completing 812 passes across CONMEBOL qualification – more than everyone else in the competition, aside from Argentine duo Rodrigo de Paul (882) and Leandro Paredes (857).

The vastly-experienced Chelsea centre-back is in the twilight of a storied career, but that doesn’t mean he cannot still contribute at the highest level.

Many wrote him off when he departed Paris Saint-Germain for the Premier League in the summer of 2020, only for the now-38-year-old to lead Chelsea to Champions League glory that season.

Captaining the Seleçao to their first World Cup triumph in 20 years in Qatar next month would be a fitting final accomplishment for Silva, who is still key to Tite’s defence.

Only Marquinhos completed more passes than him throughout CONMEBOL qualification (689 to 812) and none of his teammates recorded a higher passing accuracy (97.45%). On the defensive side, he completed an impressive 52 defensive actions as well as winning 34 interceptions, 20 aerial duels and 103 ball recoveries.

Casemiro, who operates at the heart of Brazil’s midfield, is another integral part of the side.

Passing metrics are generally weighted toward defenders but the Manchester United man is right up there when analysing CONMEBOL qualification-wide rankings. He’s completed 521 passes, 36 of which were long balls and eight of which were defence-splitting through balls.

The 30-year-old also measures up favourably when one considers defensive metrics. For instance, only Marquinhos (94) and Lucas Paquetà (93) have successfully completed more defensive actions than his 92, while he has also won 41 interceptions, 21 aerial duels and 91 ball recoveries.

Casemiro is the man who links Brazil’s defence and midfield, so will be key to making the South American side tick in Qatar.

His profile is enormous, and he’s started the season like a man on a mission for Paris Saint-Germain. The 30-year-old was Brazil’s key threat during CONMEBOL qualification, scoring and assisting eight goals throughout the process. Only Marcelo Moreno of Bolivia scored more (ten), while nobody provided more assists.
Neymar also completed 48 dribbles – more than any other Brazilian player – as well as 61 progressive runs, which was more than anyone else across the campaign (Lionel Messi was only ranked second, with 58 to his name).

This tournament represents his chance to lead Brazil to World Cup glory.

Richarlison leads the line for Brazil.

The Tottenham Hotspur forward contributed six goals throughout the Seleçao’s CONMEBOL qualification campaign, with only Neymar scoring more than him (eight).

The 25-year-old also completed ten dribbles and eight progressive runs, touching the ball more times in the opposition box than any of his teammates aside from Neymar – the leader of their attack.

Richarlison acts as the perfect foil for Neymar in the final third, in a multitude of ways. A hard-running number nine, he delights in doing the more unglamorous work in the final third – occupying spaces that enable his colleagues to break through defences, as well as getting on the end of crosses and through balls.

Underappreciated by many, he’s the spearhead of Tite’s offence.