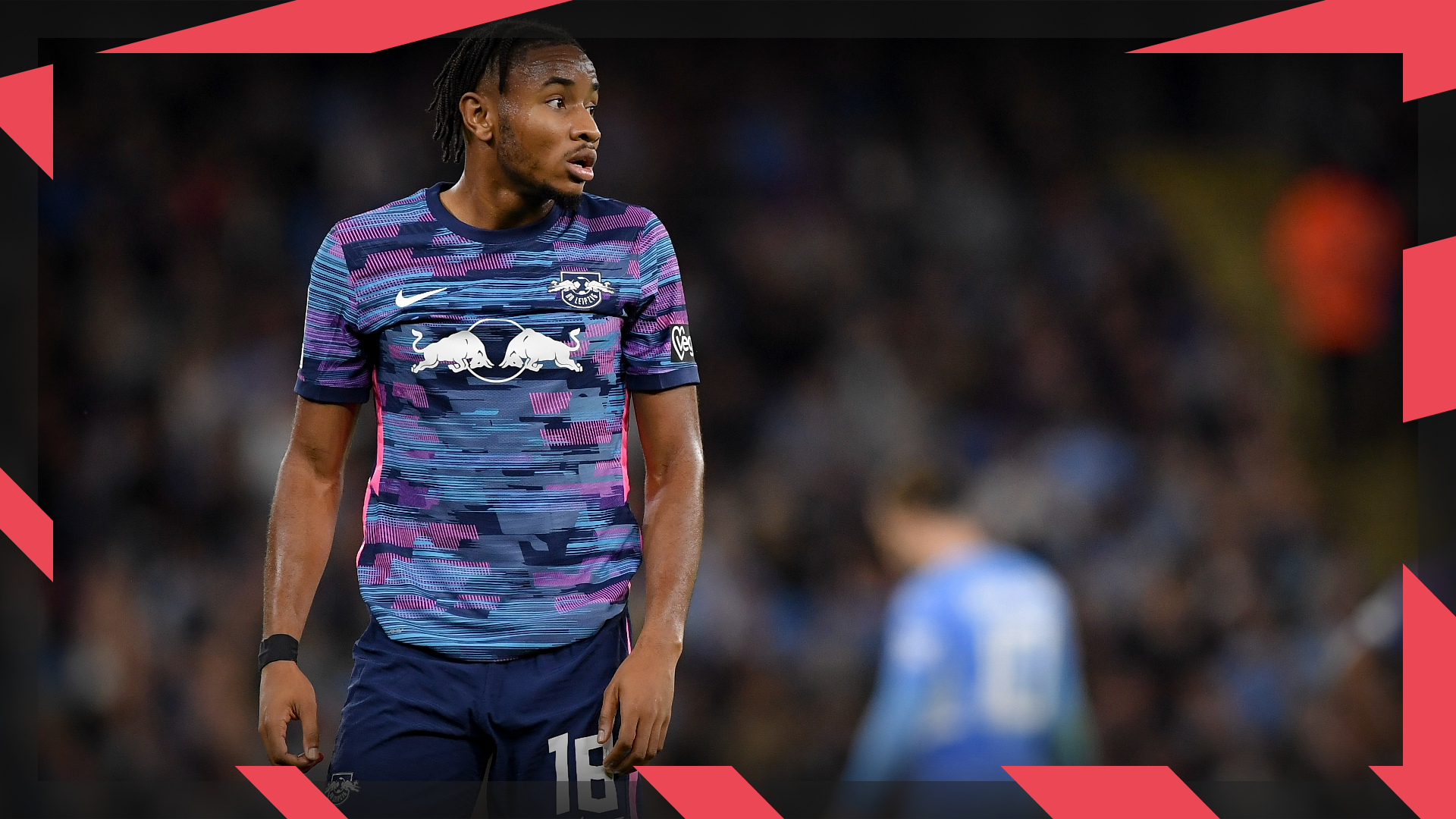 It has taken Christopher Nkunku just nine games this season to surpass his goal tally for the entirety of the 2020/21 campaign. The 23-year-old netted a five-minute brace against VfL Bochum on Saturday to take his goals haul to eight across the Bundesliga and Champions League.

The Frenchman caught the eye after netting a hat-trick against Manchester City in Europe’s elite competition and his form has carried over into the Bundesliga. He actually has five in his last three starts for Jesse Marsch’s side, including four in two in the German top-flight.

Only Robert Lewandowski (7), Erling Haaland (7), Patrik Schick (6) and Taiwo Awoniyi (5) – all of whom are strikers – have scored more than the former Paris Saint-Germain youngster.

So, what is the secret behind this influx of goals?

For starters, the versatile midfielder has seen his role tweaked in Marsch’s new-look system. As evidenced by his heat map, Nkunku is seeing the ball a lot more across the final third and inside the penalty area and this is no doubt a result of him playing as a wide forward as opposed to playing centrally.

The Frenchman has seen his touches in the box per 90 average rise from 3.89 to 4.79. This particular metric has gone up despite the fact he’s having fewer touches in general. Though not as involved as he was last season, Nkunku is more involved where it matters.

The team are attempting fewer passes (480 down from 555 under Julian Nagelsmann) but a higher percentage of these fall into the long pass category. It is the same when looking at crosses, passes into the final third and through balls attempted. All of these have remained at similar levels to last season despite the fact they’re attempting over 70 fewer passes per 90.

A lot of the passes Nkunku has received in the penalty area have some distance on them. In fact, the passes received map (above) paints a perfect picture of the France under-21 international. He’s happy to run the channels, he’s comfortable in the attacking midfield area just ahead of the penalty box but then he’s also intelligent at picking up positions in the box.

A high number of passes he’s received in the area have resulted in shots. This shows that he is getting into positions that allow him to get shots off with his first touch. That sort of trait relies heavily on timing and movement.

However, the biggest difference between this season and last year might be his finishing. After all, getting into good areas on a regular basis doesn’t necessarily mean you’ll always be amongst the goals.

For those not overly familiar with the latter metric, it takes into account where the shot lands on target to assign a value to that particular shot. The better the placement, the higher the value. It can help differentiate between those who are unlucky and those who have been wasteful when given the opportunity.

Last season, Nkunku added 0.07 to his efforts on a per 90 basis, finishing the campaign with a post-shot expected goals average of 0.30.

This year, though, he’s added 0.25 per 90 with his post-shot expected goals average coming in at 0.59 – the ninth highest in the Bundesliga.

Nkunku is hitting the corners, as shown in his shot placement map. He’s running exceptionally hot right now and he might not be able to make it last the entire season, but there’s no reason he can’t finish the Bundesliga campaign with double figures for the first time in his career.