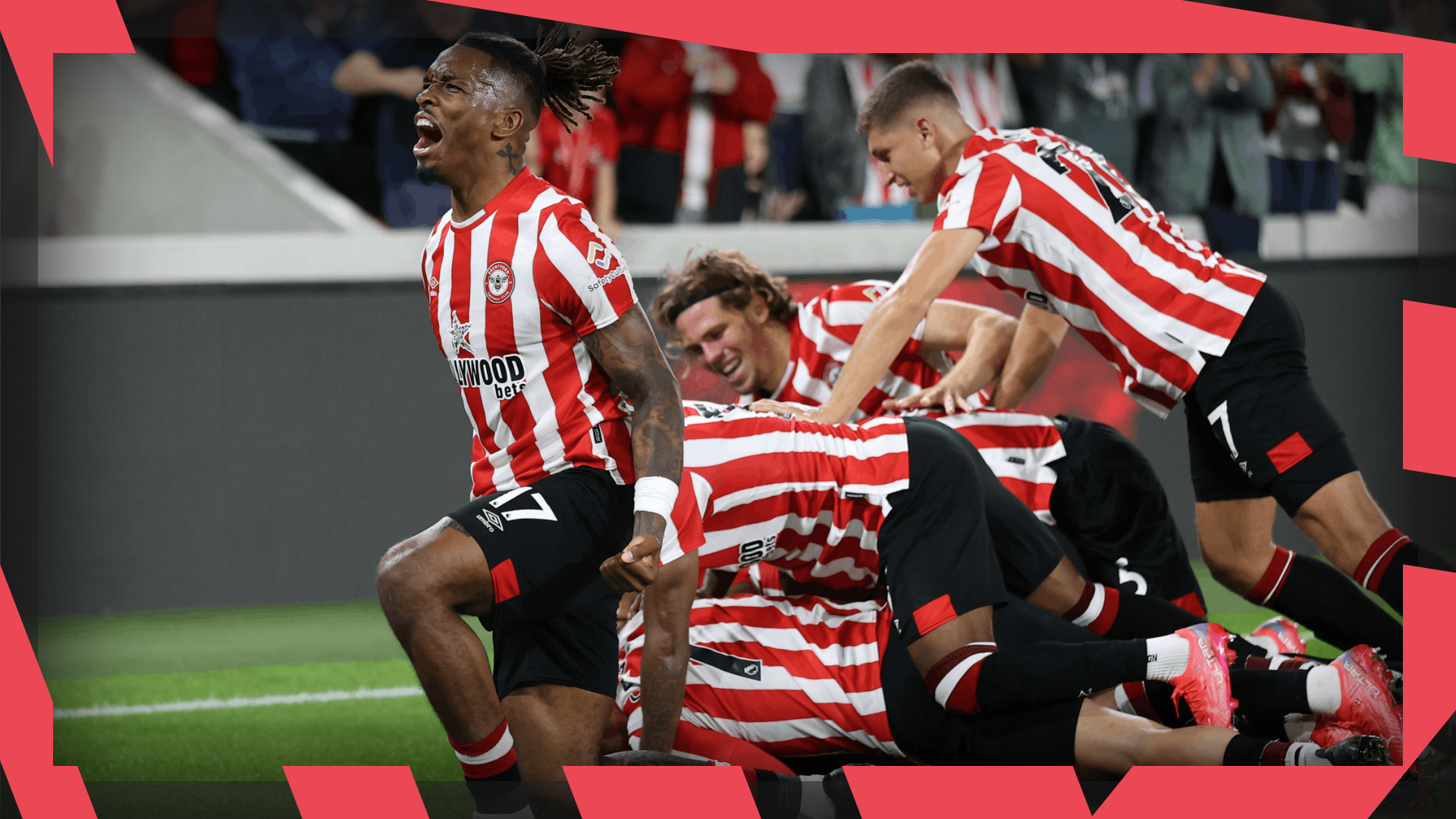 Brentford’s reputation seems to have preceded them.

Last season, Arsenal — the Bees’ opponents on opening day — kept 42 per cent of their goal kicks at a short or medium length, ending less than 40 metres from goal. That rate was about average for the league as a whole, but, against some teams, they barely bothered risking it short at all.

Matches against Leeds United, Liverpool, Chelsea, for example, teams renowned for their pressing.

In their meeting, the first match of the 2021/22 campaign, Arsenal attempted only one short goal kick against Brentford out of a total of eight (12.5 per cent). Looking at where the Gunner’s goal kicks went last season compared to where they went on Friday (below) makes the difference clear.

Brentford are one of an increasing number of teams promoted from the Championship who arrive with impressive presses. They were one of the top teams in that league last season for statistics such as duels won in the final third and preventing opponents to have long possession sequences from their goal kicks. It’s, therefore, no surprise that Arsenal decided to go longer than they usually would from these restarts.

But did this tactic work for them?

Arsenal had three goal kicks where they still had possession after five pass attempts (including the goal kick itself). In one case, their retained possession was still in their own half; in the other two, they’d got into Brentford territory.

It’s interesting to note that the two goal kicks which saw retained possession after five passes were ones made to the very edge of the middle third.

The shortest initial goal kick was also one of those that helped the Gunners keep possession, but they primarily moved the ball around the back-line. The one completed goal kick that they made to the opposition half directly, ended up in a sequence going backwards that ended with an incomplete pass which, fortunately for Arsenal, deflected straight back to them.

Does this mean that Arsenal should aim for mid-length goal kicks in future? Probably not, if last season is anything to go by.

Arteta’s side had the fourth-most goal kicks that led to sequences of ten passes or more last season. These lengthy spells on the ball seemed to be fairly effective, getting to the final third and edges of the box on many of them. Generally speaking, the goal kicks that spawned these longer possession sequences were ones that had been taken short.

Of course, it’s sensible to want to disrupt the opponent’s possession just to try and win the ball back yourself. However, when Arsenal had the ball for prolonged periods from their goal kicks last season they often seemed to have made the most of it.

The thing about Brentford is that they didn’t even need to ruffle the Gunners’ feathers for them to change tack. The very first goal kick that Bernd Leno had, seven minutes in, he launched past the halfway line.

Brentford’s reputation seems to have preceded them.