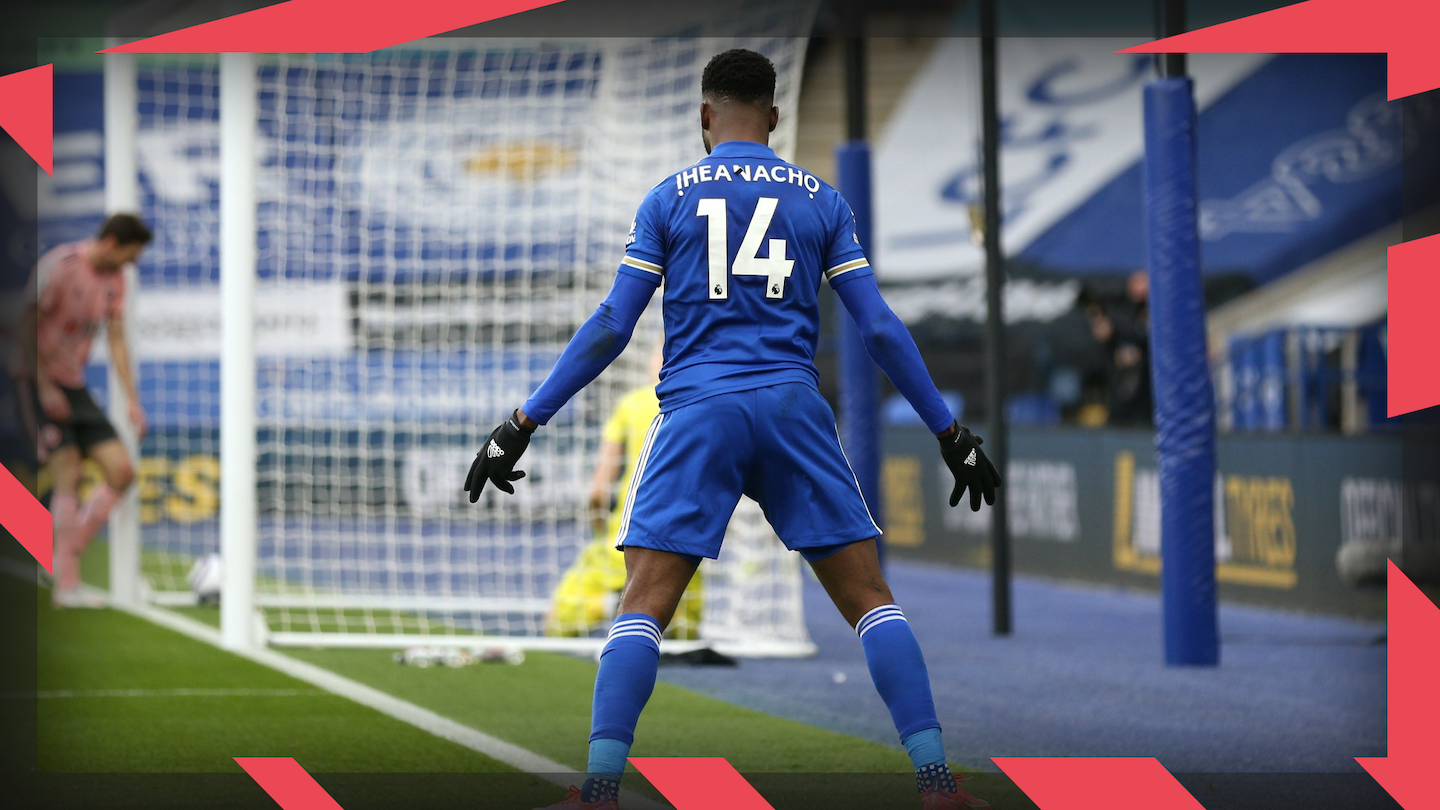 He may have only appeared in 797 Premier League minutes this term, but Kelechi Ịheanachọ is having his most productive season in a Leicester City jersey.

The 24-year-old is averaging a goal every 132 minutes for Brendan Rodgers’ side having found the back of the net on six occasions. He’s also scored a further six goals split evenly between the FA Cup and the Europa League. The Nigeria international is now just two goals shy of equalling a career-high 14 goals across all competitions, a feat he achieved during his debut season with Manchester City.

Ịheanachọ has nine goals in his last ten outings for the Foxes and he’s really burst into life at the perfect time, with injuries depriving Rodgers of James Maddison and Harvey Barnes. The 31-cap international has struck up an impressive partnership with Jamie Vardy, something his manager has been eager to point out recently.

“He works well with Jamie [Vardy] and the combination is really good. He has a bit of everything and he has come up trumps in a lot of the games recently. Kelechi [Ịheanachọ] is probably best with someone up there with him. Those two are working very well.”

Ịheanachọ is enjoying himself in this two-man attack. Vardy’s pace and general threat creates space in central areas and the one reaping the rewards is Leicester’s No.14.

In each instance, Vardy attacked the left flank and put the ball into the penalty area. Due to the passes being perfectly weighted, the in-form forward was able to fire home without taking a touch.

It was clearly something the Foxes had worked on during training. With Vardy dragging the right side of the defence into wide areas, Ịheanachọ, having isolated one of the centre-backs, was able to make the most of the space. His explosive pace gives him the edge in those situations.

In fact, a third of his goals this season have been scored from inside the six-yard box. This alone highlights how effective Leicester have been at creating high-quality chances and how skilled Ịheanachọ is at getting into dangerous areas with great regularity.

Perhaps a by-product of the positions he’s taking up, the 6ft1 forward is now finishing with an unnerving level of confidence. He’s adding real value to his efforts courtesy of his placement, as evidenced in the shot placement map below.

Some look to just hit the target whereas others will place their efforts. Ịheanachọ likes to hit the corners. Of the six efforts to hit the bottom corners, five have resulted in a goal.

Most elite strikers are at their very best when they’re able to play on instinct. Leicester are allowing their No.14 to do just that right now. It’s why so many of his goals seem to be first-time finishes. From volleys to tap-ins, the 24-year-old is in the right place at the right time.

We’re delighted that Leicester City are now using the Twenty3 Analytics Toolbox to assist their performance analysis teams. You can read the announcement here.