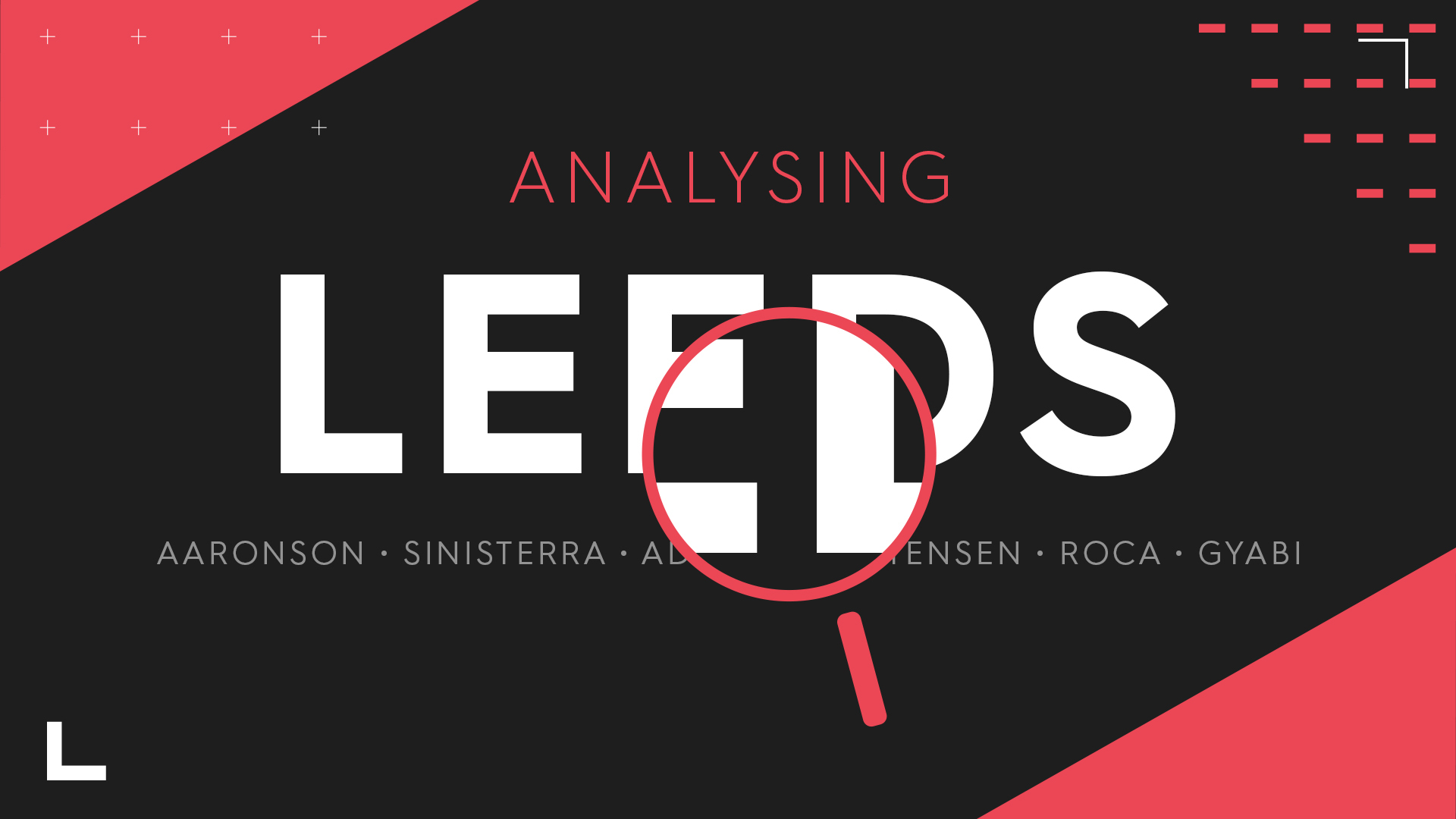 Leeds United have been busy in the transfer window.

They kicked it off spectacularly with Jesse Marsch raiding former club Red Bull Salzburg for two of their players. Brenden Aaronson and Rasmus Kristensen were signed for a combined £35million if reports are to be believed.

Per multiple reports, Leeds are not done in the market and still have the Raphinha money to spend once his £60million move to Barcelona is official.

For now, we have decided to take a deep dive into the business done by the Yorkshire side this summer.

One of the issues for Leeds last season was the lack of goals. They netted just 42 times in the Premier League and only four teams managed fewer – three of whom were relegated. For context, they scored 62 during the 2020/21 campaign.

Patrick Bamford was a huge loss last term, managing just 560 minutes in the Premier League. He finished with just two goals and Leeds struggled to replace the 17 he managed during his return to the English top flight.

Raphinha was the top scorer last season with 11 and he was the only player to hit double figures.

Sinisterra and Aaronson have been added to combat this.

The former had an impressive season in the Eredivisie, finishing the season with 0.42 goals per 90. He overperformed his underlying numbers considerably, but this is likely tied to his shot placement.

As you can see in his shot placement map, Sinisterra likes to hit the corners. His expected goal average may only have been 0.19 but his post-shot xG per 90 average was 0.32. For those unfamiliar with the latter stat, it assigns a value to where the effort hits the target as opposed to where the shot is taken from.

It can sometimes help explain why a player is overperforming against their expected goal numbers.

Sinisterra scored 12 from an expected goals haul of 5.4 but his post-shot xG total was 9.1. What you can take from this is that the Colombian is a goal threat who has the capacity to be a decent finisher. Leeds should benefit from this.

Aaronson was not as prolific as Sinisterra, scoring just four times in the Austrian Bundesliga last season.

However, the underlying numbers are encouraging. He finished the 2021/22 season with an xG90 average of 0.27 and an expected assists per 90 average of 0.19. He is a goal threat and a creator.

It is not as simple as saying his output has been replaced as we’re yet to see Sinisterra or Aaronson in the Premier League. But their signings – coupled with Bamford’s return – should see Leeds’ goal threat increase.

Another issue for Leeds last term was their defensive unit.

Only Norwich City (84) conceded more goals than the Whites’ (79). They shipped four or more on seven occasions, albeit six of those games were under Marcelo Bielsa. Things improved defensively under Marsch, with the team conceding 19 in 12 matches.

Kalvin Phillips missed half of the season and this hampered them – not just in possession but without it. He has joined Manchester City now but Leeds did well to bring in a couple of players to replace him in the aggregate. This should, in theory, give them a more solid base.

Roca profiles like Phillips based on output. Even when looking at his time with Espanyol you can see the similarities. He manages to combine on-ball efficiency with off-the-ball defensive diligence.

USMNT midfielder Adams is also a bundle of energy in the middle third and his versatility means he can fill a number of roles for Leeds, especially during transitions – both defensive and offensive.

For example, if Marsch wants Kristensen, his new right-back, to be an aggressive full-back and take up advanced positions as he did during his time in Austria, Adams has the ability to cover the right-back area without looking out of place.

Though Adams spent the majority of his time for RB Leipzig in central midfield over the last two seasons, almost 30% of his minutes did come on the right.

Leeds have done well to solidify their team while also adding creativity and goal threat. If everybody manages to hit the ground running, they could be one of the season’s surprise packages.