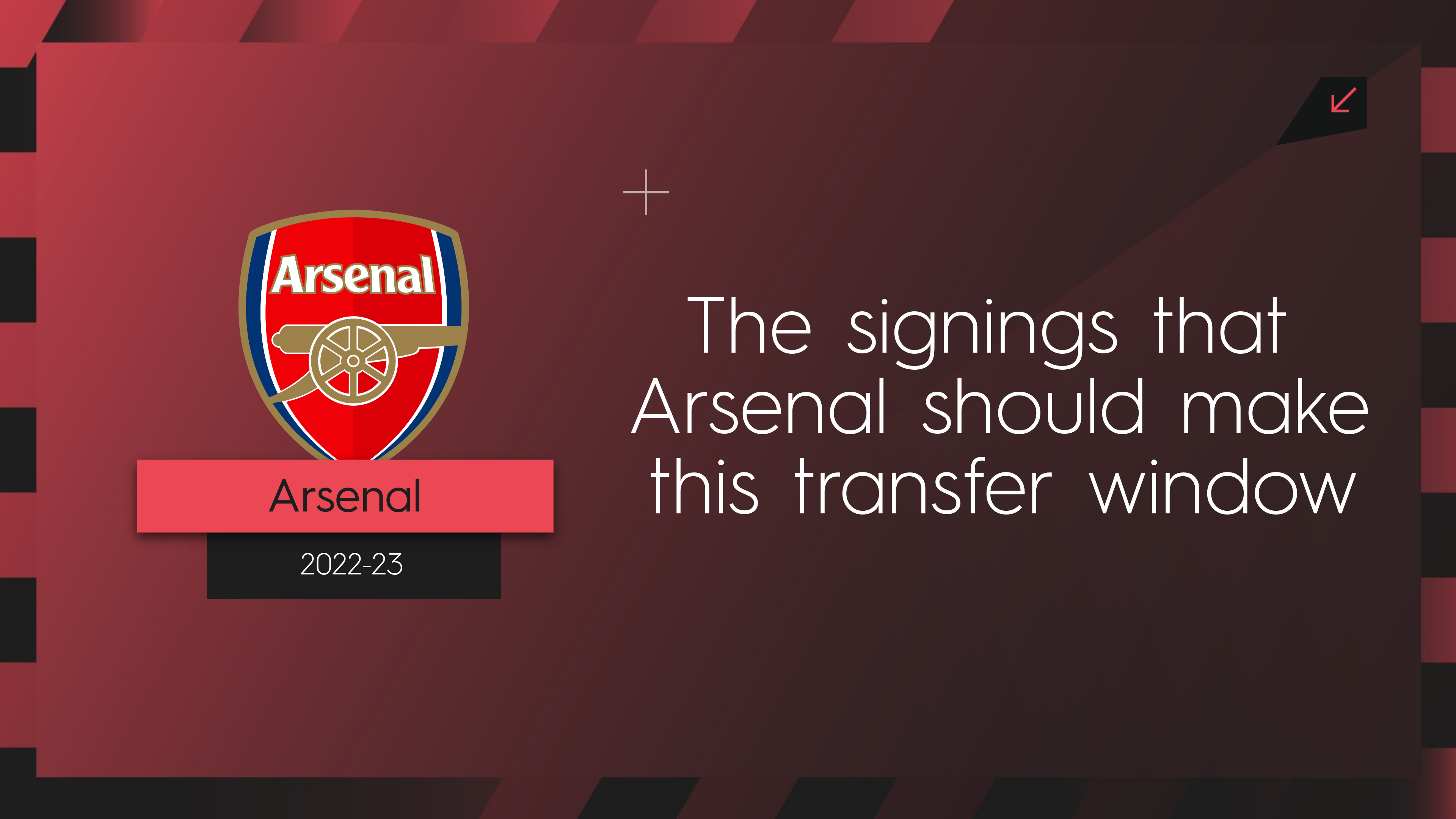 Arsenal are flying under Mikel Arteta this season, with a title challenge on the cards.

The Gunners currently sit atop the Premier League table with a five-point cushion over the relentless Manchester City.

However, they have been hit by an injury to their marquee signing, Gabriel Jesus, who is expected to be out for three months.

With the January transfer window open, though, Arteta and his team have the opportunity to bring in reinforcements.

We used the Twenty3 Discover tool to identify potential reinforcements that could help the Gunners end their 19-year wait for a Premier League title.

Mykhailo Mudryk has been on the radar of every Arsenal fan even before the transfer window opened, and for good reason.

The 22-year-old’s electric pace and lethal finishes in the Champions League for Shakhtar Donetsk are difficult to ignore, and the Discover tool agrees.

The criteria for a prospective forward was set as follows: high-volume dribbler, unafraid to take shots, good at getting into the box and under 23 years old.

These metrics encapsulate the kind of profile Arsenal could use to help spur on their attack, which recently struggled against Newcastle’s deep block.

The player which best matched that profile was Mudryk, with a rating of 89% (scale 0-100). For context, Arsenal’s current wing options, Bukayo Saka and Gabriel Martinelli, were rated at 79% and 75%, respectively.

While Mudryk does play in a weaker league, his profile is exciting and perhaps explains Arsenal’s interest in the winger.

Behind his rating are some eye-watering numbers. In 18 matches for Shakhtar this season, he has 10 goals and eight assists, with five of those contributions coming in six Champions League games.

The Ukranian livewire has also averaged 5.72 take-ons and 3.38 shots per 90 minutes. These fall to 3.53 and 1.51, respectively, when looking solely at Champions League numbers, but Mudryk’s profile remains an excellent platform for Arteta to build on.

Now, it is crucial for Arsenal to act and land their man ahead of Chelsea, who are also reportedly interested.

Cover and competition for Thomas Partey should be Arsenal’s next priority. As his profile is so unique, we used the Toolbox Discover tool to find a profile as close to the Arsenal No5 as possible.

The traits specifically picked out were defensive duels, interceptions and passing.

From Europe’s top five leagues, two players ranked highest with a 94% likeness of Partey’s statistical profile. Those were Hugo Guillamón, 22, of Valencia and Martín Zubimendi, 23, of Real Sociedad.

Both have signed contracts as recently as October 2022, with the former extending to 2026 and the latter 2027.

It is certainly not beyond the realms of possibility that Arsenal could lure one of the two Spanish stars to the Premier League.

However, both these players would likely need time to adapt to their surroundings, given their age.

World Cup star Sofyan Amrabat would not. He was next on the list, with a rating of 91%.

Liverpool have been linked, but with their focus on Jude Bellingham, perhaps Arsenal have a chance to sneak ahead of the Reds.

The Moroccan anchorman’s contract expires in 2024, leaving the Gunners in a much stronger negotiating position.

What’s more, his profile is particularly exciting – he has averaged 3.7 interceptions, 8.37 successful defensive actions and 9.89 attacking third passes per 90 in Serie A this season.

Amrabat looks to be an ideal eventual successor to Partey – and Arsenal must act quickly to secure his signature.

Shake up from Xhaka

The final position in which Arsenal could benefit from reinforcing is in the box-to-box role that Granit Xhaka plays.

Albert Sambi Lokonga has been given a number of opportunities but has not been convincing thus far.

And, in the Switzerland international’s absence, a real hole is left that Arsenal simply cannot afford to leave unattended as they battle against City.

We looked for players who profiled similarly to Xhaka – but also brought their own qualities to the table. Three potential names were suggested by the Discover tool.

The first was Amadou Haidara of RB Leipzig who, remarkably, came up with a 100% similarity rating to Xhaka.

His passing metrics are particularly impressive, averaging 1.97 through-balls, 2.86 long balls and 6.08 final third passes per 90 – all rank inside the top 10 for Bundesliga midfielders.

Next was Lorient’s Enzo Le Fée, who has produced some immense performances in Ligue 1.

He is naturally more offensively inclined but – at 22 years old – he is young enough for Arteta to mould into a more well-rounded player and has shown plenty of pocket-pinching ability to excel.

He enjoys travelling with the ball, averaging 3.79 dribble attempts and 2.12 progressive runs per 90, as well as engaging in attacking duels (9.29) more frequently.

Le Fée’s 26 shot assists this season demonstrate his creativity, a tool Arsenal could benefit from – as long as he puts in the requisite work off the ball.

Last on the list is Ruben Neves of Wolves, who has previously had concrete links with Arsenal.

As a proven Premier League commodity, he represents the lowest-risk option and is the most polished player, increasing his chances of making an immediate impact.

He is also accurate when distributing the ball, averaging 43.04 passes, 5.25 long balls and six final third passes per 90.

Neves also possesses dangerous long-range shooting, with a catalogue of first-class strikes to his name that could be momentum-shifting in the chase for Premier League glory.

Haidara’s contract ends in 2025 and the latter two are only tied down until 2024, making them all financially feasible prospects.

Neves seems the best fit and most likely with Wolves on the precipice of relegation, who may be eager to secure a substantial fee for the 25-year-old.

It now remains to be seen whether owner Stan Kroenke will release the funds necessary to boost the Arsenal squad in their push for the title.