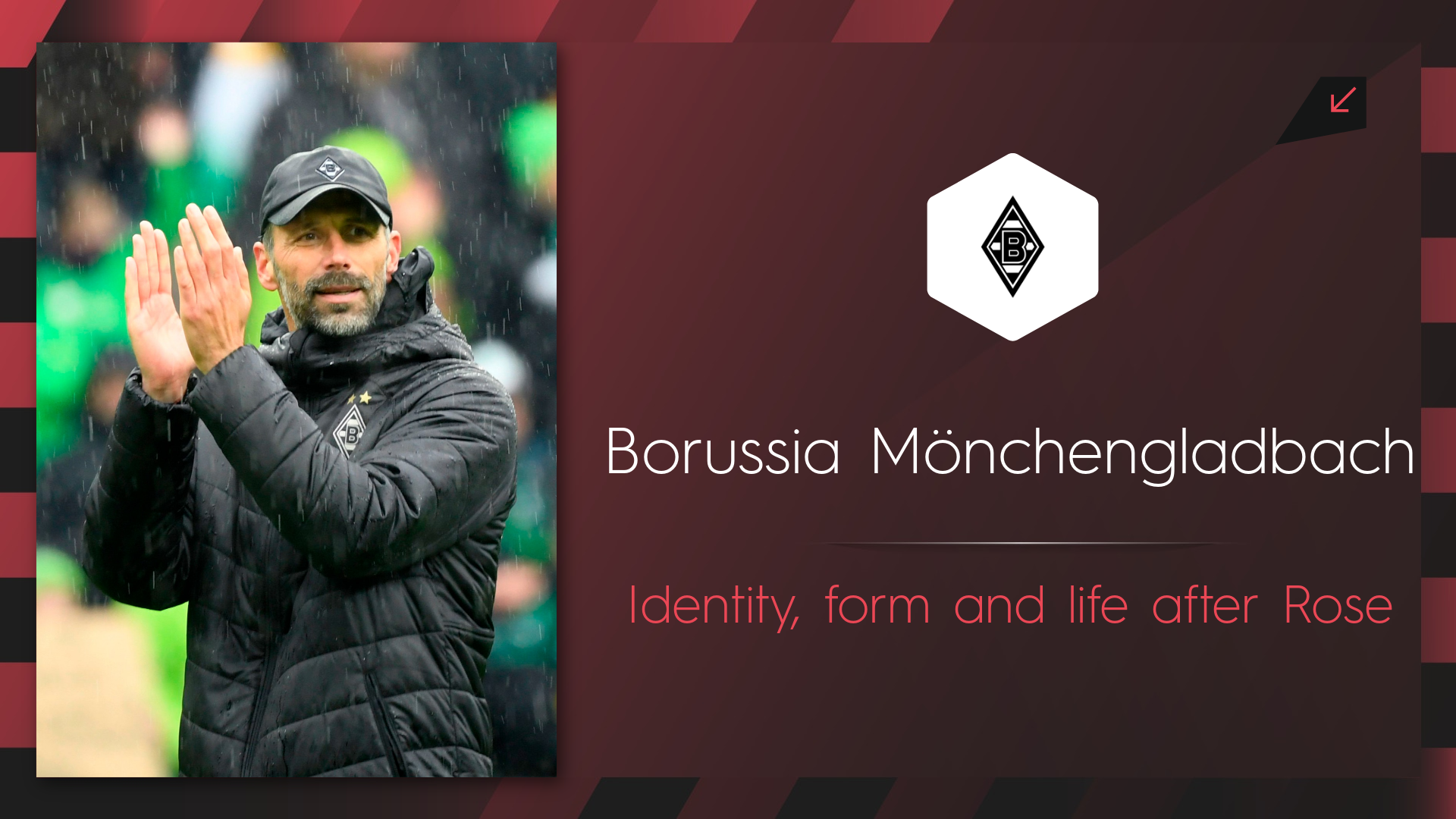 Borussia Mönchengladbach ended a seven-game winless streak with a victory over bottom of the table Schalke on Saturday, 20 March. Following on from the announcement that manager Marco Rose would be leaving at the end of the season to take over as Borussia Dortmund head coach, Die Fohlen lost four successive Bundesliga matches. This slump has seen them drop from Europa League hopefuls to a team currently in tenth position.

It’s a far cry from the Gladbach side who tore through the opposition last season on their way to a fourth-place finish. Rose guided his team to 20 wins in the Bundesliga and they finished just four points off runners-up Dortmund.

Their high energy style, spearheaded by the likes of Marcus Thuram, Alassane Pléa and Breel Embolo, blitzed the league.

Many will point to the announcement of Rose’s departure as a big moment in Gladbach’s season. But their disappointing form pre-dates that. They’d drawn nine of their 21 Bundesliga matches prior to the big news, four more than the entirety of last season.

Individuals weren’t performing to the high levels of last year and, as a result, the team just wasn’t as effective.

Jasmine Baba, a Bundesliga expert and Gladbach fan, spoke exclusively to Twenty3 to discuss the goings-on at Borussia-Park.

“There are a few fundamental things wrong with Gladbach at the moment – I guess not all the players really suit Rose’s style of play or what he wanted them to be. For instance, they’re supposed to be a high intensity, counter-attacking team under him, but for intensive runs and sprints, they rank near the bottom this season.”

Per the official Bundesliga website, Gladbach are 16th for sprints and intensive runs.

As evidenced in the Defensive Solidity map above, it isn’t until around the halfway line that Gladbach look to engage with the opponent this season. They don’t have what could be described as a high press. Furthermore, their PPDA (passes per defensive action) have tailed off a little this campaign when compared to last. It was around 10.5 and now it is 11.82.

It might not appear to be a drastic difference but teams in the Bundesliga average 430 passes per 90. Gladbach are attempting around 6 fewer defensive actions in total while averaging the same amount of possession. You’d expect a drop off in PPDA if a team has more of the ball, for example.

There’s not as much intensity and the team are suffering because of it. They’re averaging 50 more passes per 90, but only four more into the final third. Gladbach are also taking fewer shots. They’re having what you might call safe possession.

As detailed by Baba, this impacts the forwards: “Plea and Thuram both had 10 goals each last season but this season they’re not even in double digits if you combine the two. Gladbach are crying out for a structure that lets them progress the ball in possession”

The passing network graphic really highlights this point. Rose’s side appear to be comfortable with the ball in their own half but struggle to get the attackers involved. Perhaps the decrease in intensity has split the team into two parts. There’s a defensive unit and an attacking one. The two need to be united if they’re to be at their effective best again.

An interesting stat is post-shot expected goals (PSxG). This factors in shot placement and shot location and helps identify which teams are adding value to their efforts.

Last season, Gladbach had an xG of 1.86 and a PSxG of 2.08 per 90. This season, those figures are 1.65 and 1.77. That is a significant difference and could be tied to players having more time to pick their spot last season when Gladbach caught so many teams out on the break. Simply put, the more time on the ball, the better the finish.

Xabi Alonso was linked with the job but reports have since emerged to pour cold water on the claims he is definitely taking it. Countless others will be linked with what is an intriguing role. Gladbach don’t need a big name, though. They just need someone who can replicate that high-energy style and a coach with a track record of developing young talent.